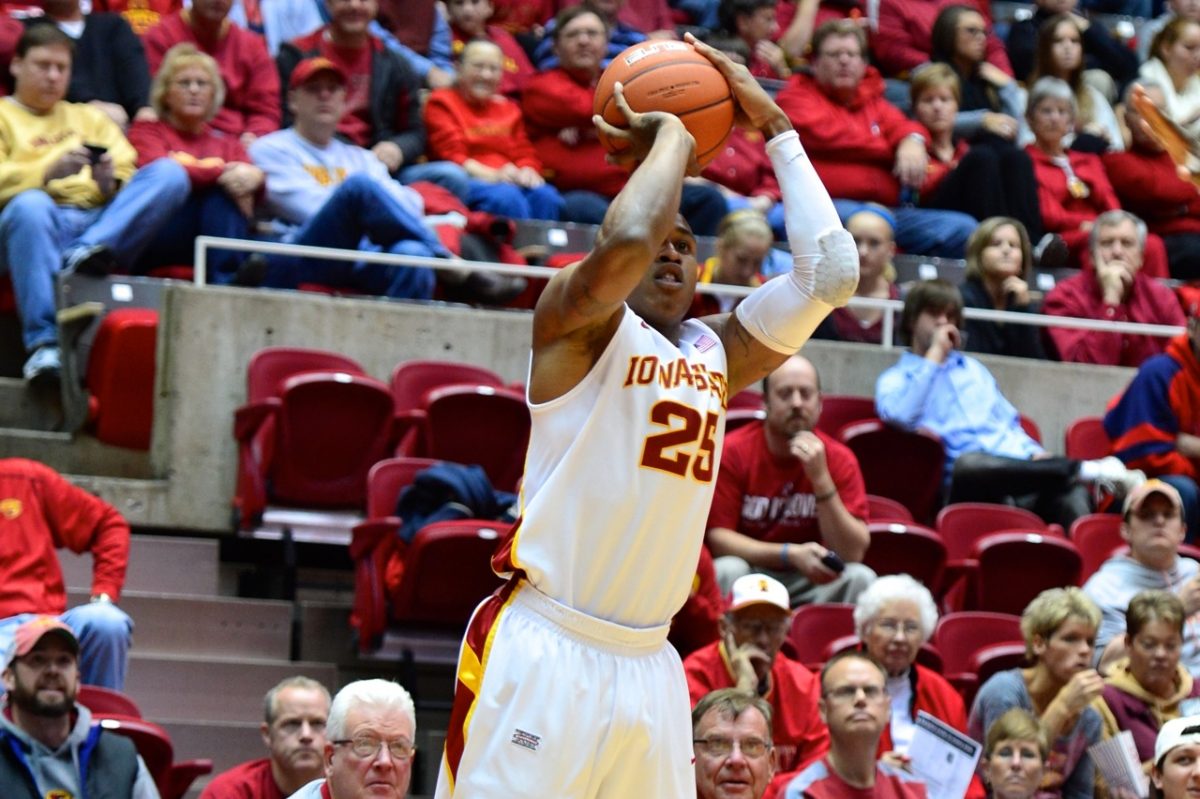 AMES — After scoring a career-high 18 points in an 82-62 win over Texas on Saturday, Iowa State freshman Georges Niang felt relieved.

“I’m just glad we got this win so that we can stop talking about Kansas,” said Iowa State’s animated rookie.

That quote came out of Niang’s mouth but it represented the entire Iowa State basketball program. After Saturday’s win, you could just feel the Cyclones take a proverbial deep breath after a comfortable victory over the Longhorns – after what happened on Wednesday in Lawrence and all…

I won’t make you re-live too many details but the last second Ben McLemore trey that eventually led to a convincing overtime loss stung – badly.

“You go back and it goes through your mind all through the night,” said head coach Fred Hoiberg. “Some nights I don’t sleep great but it’s been a couple of really, really rough nights for me just thinking back to that one.”

Opportunities to win in Lawrence don’t come around very often. Hoiberg knows this as well as anyone. Hoiberg, who was vastly criticized for his decision not to foul up three with eight seconds to play, normally does the teaching with his basketball team. This past week, it’s been his group of Cyclones teaching him and his staff.

“Our job as a staff was to get that loss out of their minds and get it out of their heads,” said Hoiberg. “It really bothered everybody on the way home on that bus trip going back to Ames but when we went out and had that first day of practice, those guys were out there flying around. They were enthusiastic. They lifted us up as a staff because of the way that they came with their approach. We had two days like that.”

Those great days of practice led to Saturday’s rout of Texas and more importantly, a boatload of confidence two games into the Big 12 season.

Hoiberg gave his team all of the credit after the win and rightfully so. However, don’t look past the fact that heading into the Texas game, the obvious question of would this group be able to avoid a Jayhawk hangover was looming.

The big question heading into the Kansas game last week? Will Iowa State be ready to play after playing only one game since Dec. 19?

The Cyclones indeed were ready – for both games in two very different scenarios.

The three C’s are important here. Coaching, chemistry and confidence are at a season-high right now in Ames. With 16 Big 12 games left in the season, that is a very good thing.