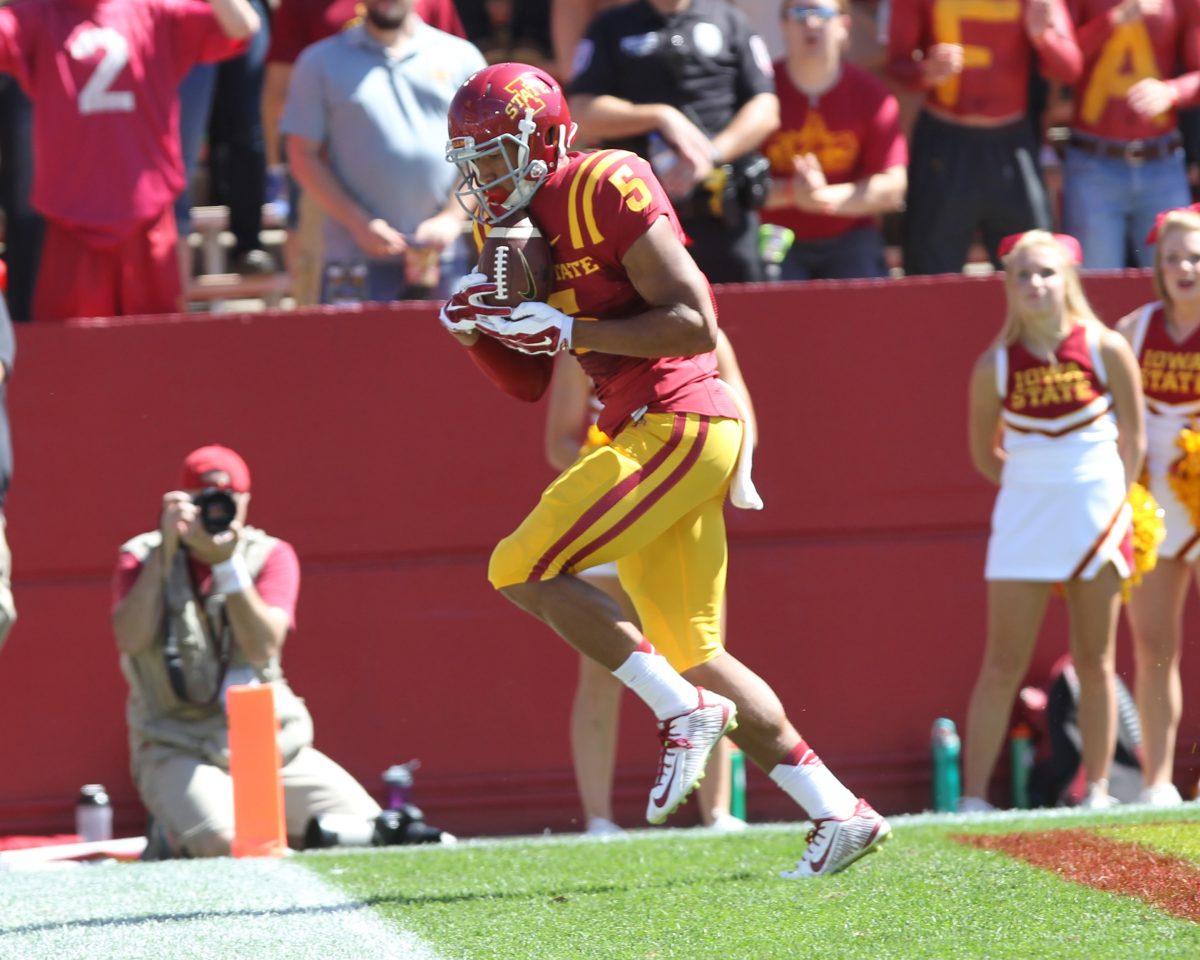 AMES — If Big 12 football were the cast of Saved by the Bell, Baylor would be Kelly Kapowski.

Last year, Iowa State would have equated to one of those chess nerds. In 2014, Baylor, which currently boasts the top-ranked offense in America heading into Saturday (7:20 kick on FOX), is still Kelly K – only a year hotter.

With an offense led by a man nicknamed “Man-genius,” the Cyclones don’t appear to be that chess nerd anymore, however.

We still don’t really know who Iowa State is, and that makes the rest of 2014 exciting.

This week, Baylor’s preposterous offense is going to grab the headlines and that’s probably how things should go. After all, Art Briles is a genius and according to Paul Rhoads, Bryce Petty is better than RG3.

But as enCYCLONEpedia’s Kirk Haaland pointed out on Monday morning, Iowa State’s defense matching up with the Bears isn’t exactly why a demoralizing 71-7 final scoreboard in Waco embarrassed the Cyclones a year ago.

Read this (from Kirk): “In summary, nine of the 15 offensive possessions were three and outs or worse (turnovers instead of punts) and four more possessions were six plays or less and gained an average of 11 yards per drive (with a maximum of 18 yards).”

Newsflash: Iowa State’s defense wasn’t very good last year to begin with. When you put it in that big of a hole time and time again, that’s exactly how 71-7 goes down. That scenario was like throwing a baby bluegill into a shark tank and expecting it to escape.

What’s the key to an Oklahoma State 2012-esque upset on Saturday?

Call me a pessimist (check my Twitter feed and you’ll see that I’ve been called worse), but I’m not worried about Iowa State winning this game right now. I’m more concerned with Iowa State finding a way to keep it interesting. If that happens, winning will take care of itself.

I’ve come to the conclusion that the way Iowa State will keep it close and maybe have a chance to win in the end is by moving the chains. That’s it. Move the chains. Keep Baylor’s offense off of the field.

I am fully comfortable with the fact that even if Iowa State’s defense plays well, it might still give up 42 points.

In this matchup, the best defense is a good (it can’t just be adequate, but good) offense. No turnovers. Zip.

Did you know: That Baylor will also enter Saturday’s game with the nation’s third-ranked defense?

“A few years ago they were playing with a lot of young kids and as they began to understand and develop his defensive scheme and what he was trying to accomplish, you really saw them rise as a defense just a year ago,” Rhoads said. “Now, I think (defensive coordinator Phil Bennett) has been there long enough where they understand what he is doing. They have recruited to it. They have confidence in what they are doing.”

The Bears enter Saturday giving up only nine points per game.

Yes, I am aware of who they have played but the point still stands.

This is a different Baylor than the one Iowa State defeated in Ames two years ago.

Iowa State’s offense vs. Baylor’s defense (that is giving up only 64 rushing yards per game) is still the matchup I prefer from a Cyclone perspective though. I love Bryce Petty. I REALLY love Art Briles. Offensively, Baylor is going to get theirs.

Consistency on offense and keeping those dudes off of the field will be the key this Saturday for the Cyclones. It is a group that has gotten better each and every week. Sam Richardson and Co. will have to take a rather large step from Iowa to Sept. 27 if an upset will be doable.

*** Anybody else watch Oklahoma/West Virginia on Saturday night? So obviously, the Sooners are for real. When you consider OU’s rout of Alabama last January, Florida State’s struggles and Oregon limping past Washington State, the Sooners have an argument to be the top-ranked team in America at this point in the season. And remember that Baylor and Oklahoma State each have to travel to Norman this fall.

*** Speaking of West Virginia, I owe Dana Holgerson an apology. The Iowa native’s job is no longer in danger. West Virginia is legit and Iowa State’s home date with the Mountaineers in November now looks a heck of a lot harder than it did before the season.

*** I love Iowa State’s decision to move Mitchell Meyers inside on the defensive line. It makes the group faster and against a team like Baylor, the Cyclones need all of the speed they can get.

*** Iowa State had to move JUCO transfer Wendell Taiese from guard to tackle this week because of depth concerns on that offensive line. That’s WITH Jacob Gannon’s return to the team! From a pure football standpoint, Paul Rhoads has to be thrilled to have the fifth-year senior back in the trenches.