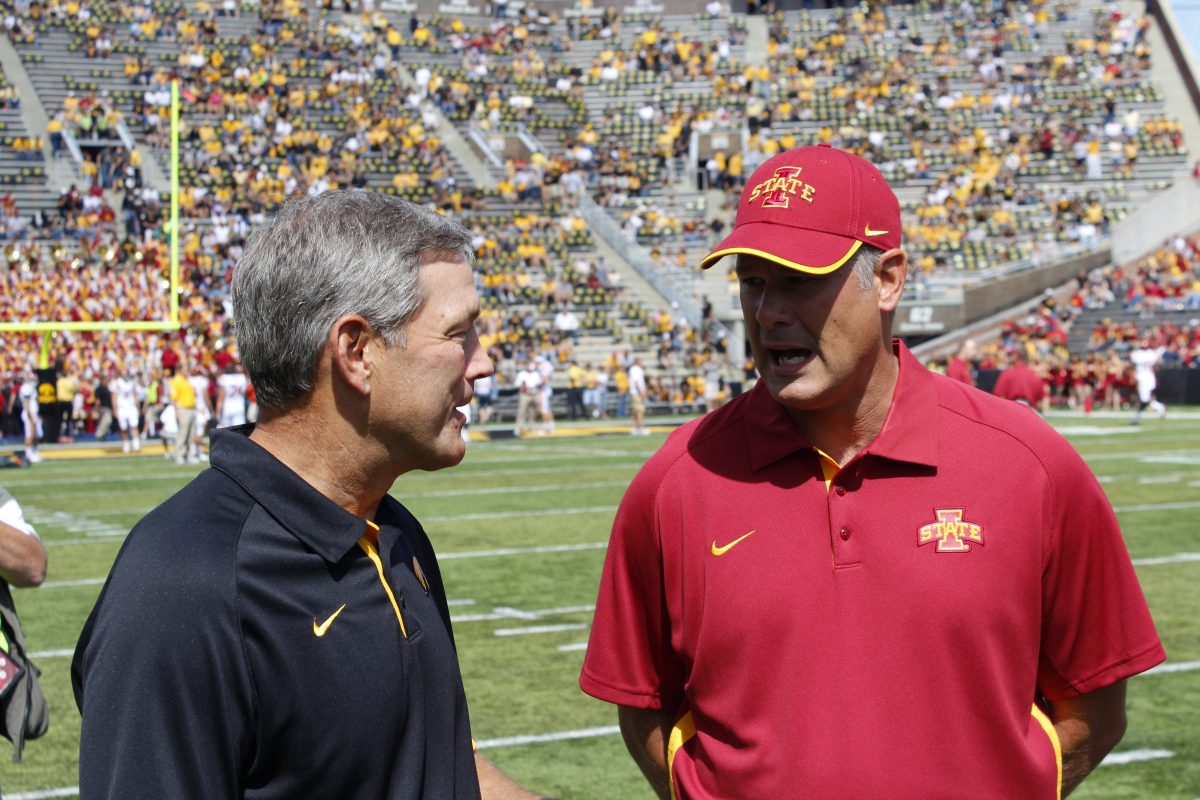 AMES — All aboard this Cyclone Fanatic time machine.

Let’s go back to 2010. Take your mind back to when Paul Rhoads’ Cyclone football team went on the road and defeated the Texas Longhorns for the first time in school history…

Iowa State hosted a welcome home party for the team that night. Hundreds of you showed up and partied your little Cyclone hearts away inside of the Bergstrom Indoor Practice Facility. The band was there. Kids got their pictures taken with Cy. The win was unexpected to drop a severe understatement on you. It’s a moment in Cyclone football history that will stand the test of time.

When the team arrived in Ames on that October night, Rhoads gave a speech to the fans that were in attendance. Rhoads was appreciative of those who came out. Passion spewed from the then second year coach (imagine that). But Rhoads made a point to say something along the lines of (I’m paraphrasing here), “Let’s get this program to the point where we expect to win games like this.”

That’s what stood out to me about that night. That quote about expecting big victories.

After Iowa State defeated rival Iowa 9-6 on Saturday afternoon in Kinnick Stadium, I saw a businesslike football team that expected to win the game. The players and coaches sang the fight song with the band in Kinnick’s north end zone after the final gun. The Cyclones were happy to have won road football game against a rival but I sensed a certain, “Let’s get our trophy and get ready for next week,” mentality amongst the team.

“I think that it was probably tempered a little bit by the fact that we know we can play better,” said Rhoads in his Monday press conference. “Believe me, they were thrilled with the victory. That feeling of knowing that you put yourself in a position to potentially lose that game was disappointing to them and that’s why they were ready to get back and learn from it and understand why you’ve got to become a smarter football team and to do that, you’ve got to become a smarter player. That’s our guys open-eyed approached right now.”

The Cy-Hawk victory as a whole was very workmanlike. Not only did the team show this on Saturday, but you fans have over the course of the weekend on our forums as well.

After last year’s win over the Hawkeyes, I saw utter jubilation on our boards.

Saturday’s win brought relief. The entire program, from the coaches to the players to the fans, expected to win that one. That’s some progress right there.

*** I haven’t had time to go back and re-watch Saturday’s game yet but I did go back through my notes and a few things stood out. It really is amazing that Iowa State won that game with the three red zone turnovers, especially considering the fact that in the third quarter, the Cyclones had some insanely good field position to begin drives. In Iowa State’s first three offensive possessions of the second half, the Cyclones got the ball on their own 44, Iowa’s 43 and their own 45, resulting in zero points.

*** If you ever questioned how valuable Jeff Woody is to this football team, Saturday should have shown you just that. Woody is the short yardage/red zone guy. I imagine that his number would have been called upon quite often in Kinnick.

Oklahoma – Folks overacted to this team struggling at UTEP. A lot of teams would have struggled at UTEP. The Sooners will be just fine.

Oklahoma State – A real man admits when he’s wrong. I might have been wrong about Mike Gundy’s squad in 2012. Maybe he can’t just replace Brandon Weeden and Justin Blackmon like I thought he could? No. That’s not really the problem. You do realize that freshman Wes Lunt threw for 436 yards and four touchdowns in Saturday’s 59-38 loss to Arizona right? It’s that blasted defense that couldn’t keep the Wildcats out of the end zone.

Texas – Home wins over Wyoming and New Mexico really don’t tell us much. The Horns are currently ranked eighth nationally in scoring defense.

Kansas – I just threw up in my mouth.

Kansas State – How many times to I have to tell you people to not doubt Bill Snyder? The man is a genius – an absolute genius. I don’t think that Miami is very good, but 52-13 over “The U” is impressive nonetheless. KSU is currently ranked eighth nationally in scoring offense and sixth in rushing offense.

West Virginia – No doubt, this team will score points. I’ve never doubted that fact. But a week one 69-34 win over Marshall doesn’t have me all jacked up like many of you. The Thundering Herd did rack up 560 yards in that game (much of that was against WVU’s second string but still)…

TCU – In it’s Big 12 debut, TCU’s defense only allowed Grambling to come up with 70 yards of offense. Like West Virginia, I’m still not sold though. I need to see these programs go head-to-head with Big 12 opponents throughout the course of a season.

Texas Tech – Had an impressive 58-10 road win over Texas State on Saturday. Combine that win with a 44-6 victory over Northwestern State (whoopee right?), the Red Raiders are currently ranked fourth nationally in total defense and 12th in total offense. This team is better than most people think.

Baylor – Only one game to go off of but as I’ve thought all summer long, I’m staying on the Art Briles bandwagon. He’s an underrated coach in charge of an underrated team. The Bears can very easily win seven games this season.

*** Let’s check in on Iowa State’s week one opponent, Tulsa, for just a minute. The Golden Hurricane dominated a bad Tulane team on Saturday by a 45-10 final. This doesn’t really mean anything but it’s better than Tulsa struggling against Tulane. As for this Saturday’s opponent Western Illinois, the Leathernecks are 2-0 with close wins over Butler (23-15) and Indianapolis (27-17). 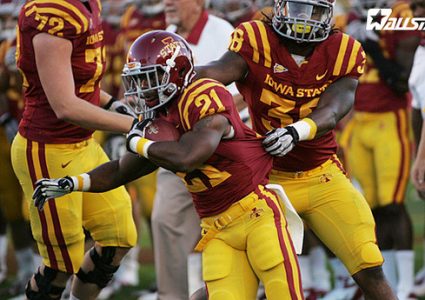 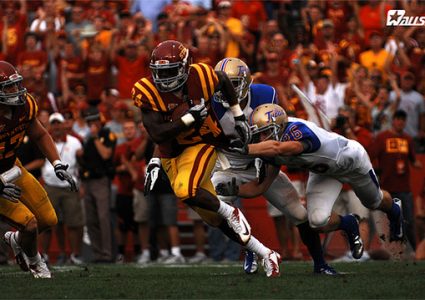