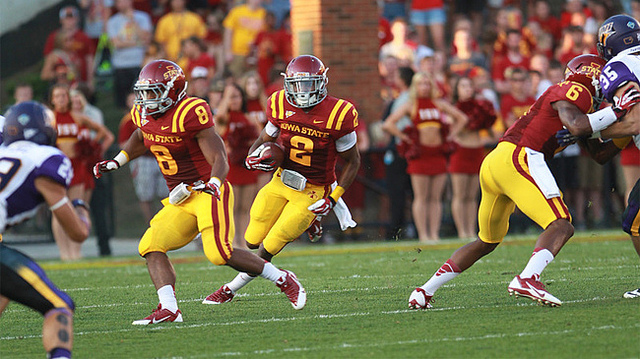 Monday morning will mark the unofficial start to the 2014 Big 12 football season. The league’s annual media days will take place in Dallas and with that, our comprehensive coverage of the of the Iowa State football season will begin.

As is always the case, with the start of every season come a plethora of storylines. Without much effort, I could probably come up with 20 regarding Iowa State alone off the top of my head and that isn’t counting the other nine teams in the league. Having said that, I will trim today’s column down. After all, I need to save a topic or two for the weeks ahead.

It has been a while since Paul Rhoads has met the media. Here are the top five answers I am looking to get from Iowa State’s head coach on Tuesday, when the Cyclones will be featured in Dallas.

How will Iowa State’s preseason All-Big 12 tight end be used differently in 2014?

On a bad offense during his junior season, Bibbs was great when he caught 39 passes for 462 yards and two touchdowns. During the spring, we heard rumblings of the senior potentially being used out wide more this season. The coaching staff hasn’t been shy about how good they think this guy could be going forward.

Perhaps Rhoads will enlighten us about what expectations for Bibbs should be in 2014.

The exact same question can be asked of senior running back Aaron Wimberly. When healthy last season, he was pretty good. Wimberly showed the explosiveness needed to play running back in the Big 12. But at 174 pounds, Wimberly couldn’t stay healthy and perhaps that wasn’t even his fault. Was he mis-used? How will Iowa State’s running backs be rotated this fall?

With six new assistant coaches on his staff, what has the fresh blood done for the program?

Clearly, there are no wins or losses to measure how the shake-up has gone but perhaps Rhoads will be able to give some insight on what the offseason has been like for his new-look coaching staff.

Speaking of the staff, Mark Mangino is no stranger to the Big 12. I’m looking forward to getting other coaches opinions on Iowa State’s new offensive coordinator who once led Kansas to a BCS game.

Iowa State was picked 9th in the Big 12’s preseason media poll. Teams (not counting Iowa State) 6-10 in the poll just happen to be the last four games on Iowa State’s 2014 schedule.

Point: There are more winnable games for the Cyclones in November and December than early in the season.

Is this a good or a bad break? An argument can be made for both.

After all, there is no question that Iowa State (and every other program for that matter) will be healthier in September than in November. However, there are six new coaches on this staff. The players should be a lot more comfortable with the new system (on offense and will have more experience on defense) late in the year.

Does Rhoads like how the schedule is set up?

Last season, the theme of the Big 12’s media day was how a pass-happy league was going to be breaking in new quarterbacks pretty much across the board. This year, the Big 12 has five men on the Davey O’Brien Watch List.

That is a downright scary fact for a raw Iowa State defense that will no doubt take some licks early on in 2014.

We already know what Rhoads is going to say. That is the exact same thing that he said regarding the quarterback competition in the spring. Grant Rohach, Sam Richardson and Joel Lanning will all compete for the starting quarterback job during fall camp. That is a no-brainer and it isn’t coach speak either. The trio really will duke it out for the most important job on any football team’s roster.

But new offensive coordinator Mark Mangino was awfully vocal last spring when it came to naming a starter as early as possible.

When does Rhoads WANT to have a starter named by?

I doubt we learn much here but yet again, it is a question that has to be asked 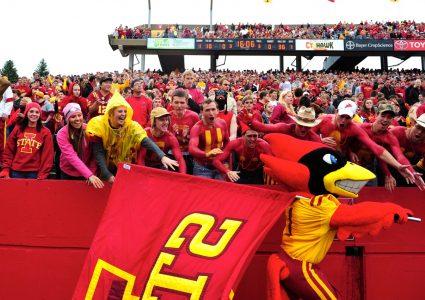