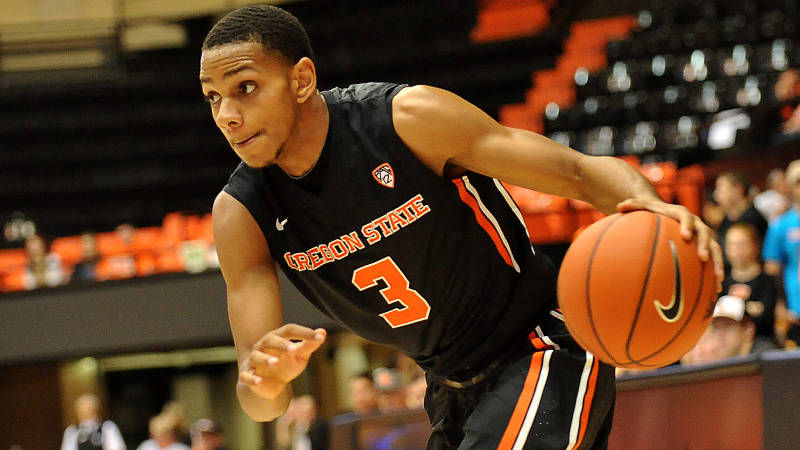 One of Fred Hoiberg’s summer signees made his YMCA Capital City League debut on Wednesday night. Oregon State transfer Hallice Cooke, who made 46 percent of his 3-point attempts as a freshman in the Pac-12 last season, picked up right where he left off out west. Cooke, who will have to sit out next season at Iowa State due to NCAA transfer rules, made 7-of-13 3-point attempts while leading the Walnut Creek YMCA to a 127-104 victory over ADIO Chiropractic.

Cooke’s 29 points however were not an evening high. His teammate, Marquette transfer Jameel McKay, put on quite the show for the near capacity crowd in attendance. McKay dunked it early and often, scored 30 points to go with his 20 rebounds on a 15-for-20 night from the floor.

Sherron Dorsey-Walker had a heck of a night Wednesday. The Iowa State sophomore went 7-for-16 from 3-point range (20-35 overall) and scored 51 points for Coca-Cola. Even so, his team did lose to Capital Orthopedics by a 123-116 final. Dustin Hogue notably had 33 points and nine rebounds for Coca-Cola as well.

Capital Ortho’s one-two punch of Abdel Nader and Clayton Custer once again proved to be a lethal combination.

Custer once again led his team in scoring, this time with 33 points on a 7-of-12 night from long range. Nader had 31 points and nine rebounds and was notably 6-for-10 from 3-point range.

In the nightcap, Georges Niang scored 45 points to lead Renaissance Granite to a 119-104 victory over Phoenix Renewable Resources. Niang was 17-for-30 from the field with 12 rebounds and four assists. Iowa State walk-on Kourtlin Jackson had 24 points in the win.

Opposite of those two, Daniel Edozie had a heck of a night for Phoenix. The senior scored 20 points and had 14 rebounds in his team’s loss. Naz Long was not in attendance on Wednesday night.