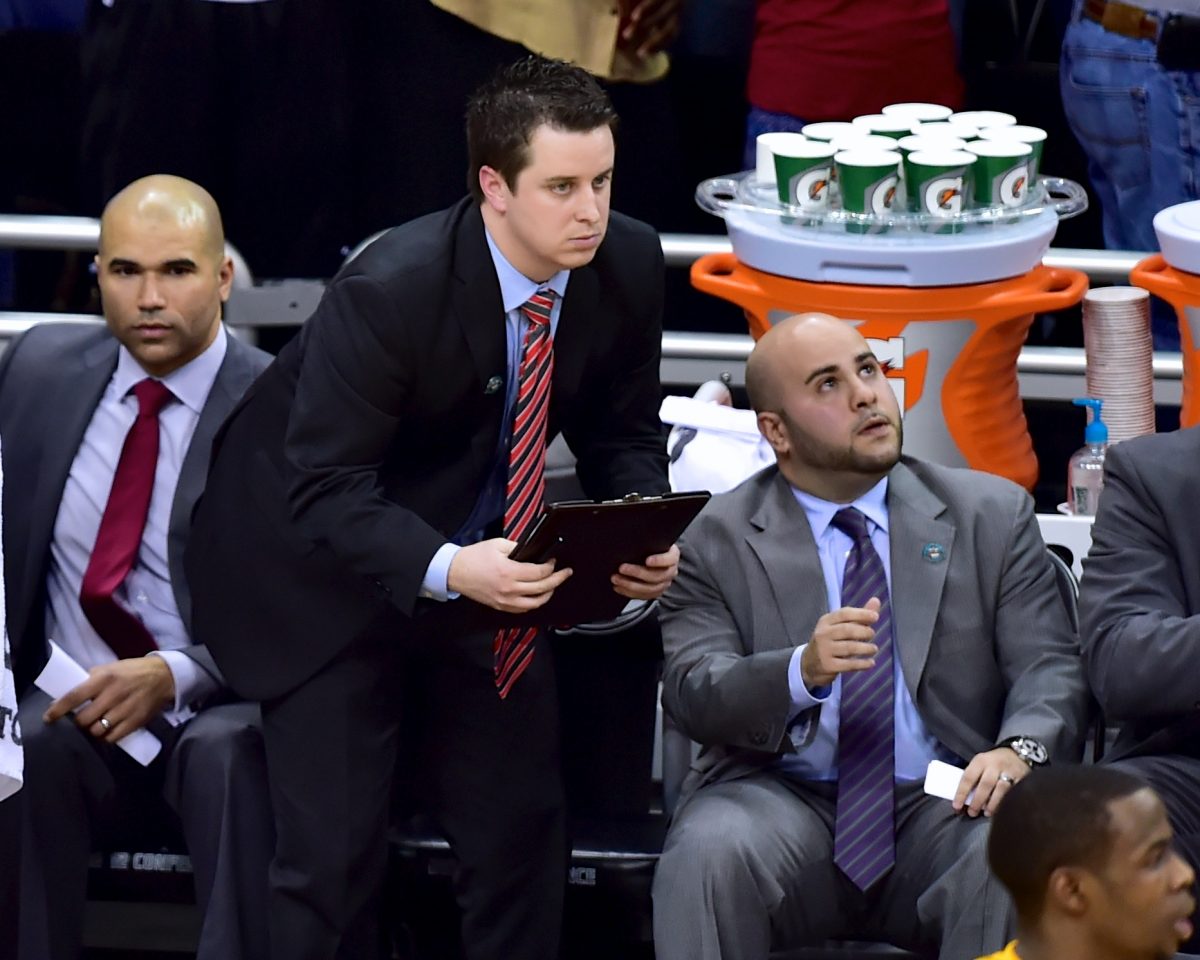 If you sit down to talk basketball philosophy with Fred Hoiberg, Iowa State’s head coach has his go-to line. It is as predictable as a partisan politician. The always-humble Mayor quickly credits coaches that he has played for and worked with during his basketball career. Johnny Orr is always the first man that he mentions. Tim Floyd, Flip Saunders, Kevin McHale and Larry Bird (to name a few) are never far behind.

The first four years of Hoiberg’s successful coaching career were made possible because of deep roots. His program at Iowa State has been built from critical pieces of the game that he has taken from each of those men, among others along the way.

On Monday morning, Hoiberg officially named Charlie Henry, a 28-year young basketball junkie as the newest member of his youthful staff. The way that Henry approaches the game seems similar to Hoiberg’s. He comes off as a basketball sponge that soaks up every piece of information possible.

To be frank, Henry, who has been at Iowa State as a graduate assistant then director of player development for the past two seasons, doesn’t have flashiest resume on the block. Other candidates out there absolutely look better on paper and at this point in his career, Hoiberg likely could have lured a handful of heavy hitters to Ames.

So why exactly would one of the hottest coaching names in the sport take a flier on an unproven, under-30 up and comer to replace a three-decade veteran like Doc Sadler?

Over the past two calendar years, Henry has been Hoiberg’s shadow. Henry, who Hoiberg has openly referred to as one of the brightest young basketball mind’s he has ever met, craves hoops knowledge like a dog does water on a hot summer day.

Clearly, Hoiberg has been Henry’s most important mentor along the way but this journey really began during the 2010-11 season. Henry was working as a graduate manager under Jim Boylen at Utah. He established a Hoiberg-like relationship with the coaching veteran. It was a Utah where Henry not only made that key connection that eventually would move him up the coaching ladder but he also learned a hard lesson too.

“It’s funny because when you are young, you think everything is just going to happen,” Henry said. “At my first college job (Utah), we got fired. I realized right away that this isn’t as easy as I thought.”

After that staff was shown the door, Henry followed Boylen to the Indiana Pacers. Boylen sat on the bench opposite of Frank Vogel, while Henry served as the team’s video coordinator.

The 2011 season was a noteworthy one for the NBA. That was the lockout year. For a young guy who was enthusiastic to gain experience in the coaching world, not being in action is generally a tough break. That wasn’t the case for Henry though. Playing the role of fly on the wall, the time off turned out to be a blessing in disguise for Henry’s budding career.

“I can’t tell you how much we sat around and talked ball,” Henry said. “I’d sit there listening to he and Frank Vogel and Brian Shaw (current coach of the Denver Nuggets). It was big for me. I have always tried to soak up as much as I can.”

Henry and Boylen are still very close. Henry said that he still talks to the Pacers assistant at least twice a week.

“I think he is an elite mind,” Henry said. “He spent 14 years in the NBA and worked for some of the biggest names in the business. I am always bouncing stuff off of him. He is someone I rely on.”

Another critical influence in Henry’s path to landing where he is today is the man he is replacing, Doc Sadler, who was named the head coach at Southern Miss in April.

“Having Doc around this last year was unbelievable for a young guy like myself,” Henry said. “Just to be around him and seeing how much of a pro that he was about everything was great. He was a pro when he dealt with the players. He was a pro when he had to move to a different role where he was an assistant after being a head coach. He was there to support Coach Hoiberg and there was no ego with Doc. He put anything aside and did what was best for the program. That’s something that I respected the heck out of.”

This is where Henry’s first big challenge as an assistant coach will surface. It is an obvious question that has to be asked. Sadler was brought into Iowa State primarily as a defensive mind. Henry is known for his knack for offense. So what now?

“We talk a lot of offense but I think we have the chance to be a high level team at both ends,” Henry said. “Our challenge will be to do it at both ends and two ways. Great teams defend at a high level and we are going to get there.”

Translation: Defense will continue to be a priority.

In mid-June, this appears to be a happy ending for everybody involved. Sadler did what he came to Ames to do – that is win and eventually land another head coaching job. Hoiberg notched another influence to his ever-growing belt – that being a year with Sadler by his side. Now Henry, who has grown to love all things Iowa State during his two years in Ames, has his chance to keep the ball rolling.

“It is incredible,” Henry said. “It is hard to put into words how proud I am to have been at Iowa State these last two years. They’ve been incredible for me. I look at the team that we have returning and the opportunity I have to work with this staff and Coach Hoiberg. It is an unbelievable blessing.”

Check out CycloneFanatic.com on Tuesday for more from Coach Henry as we spoke to him about the 2014-15 Cyclones. 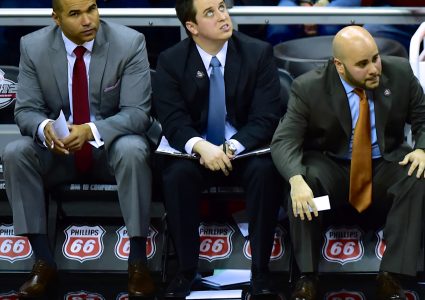