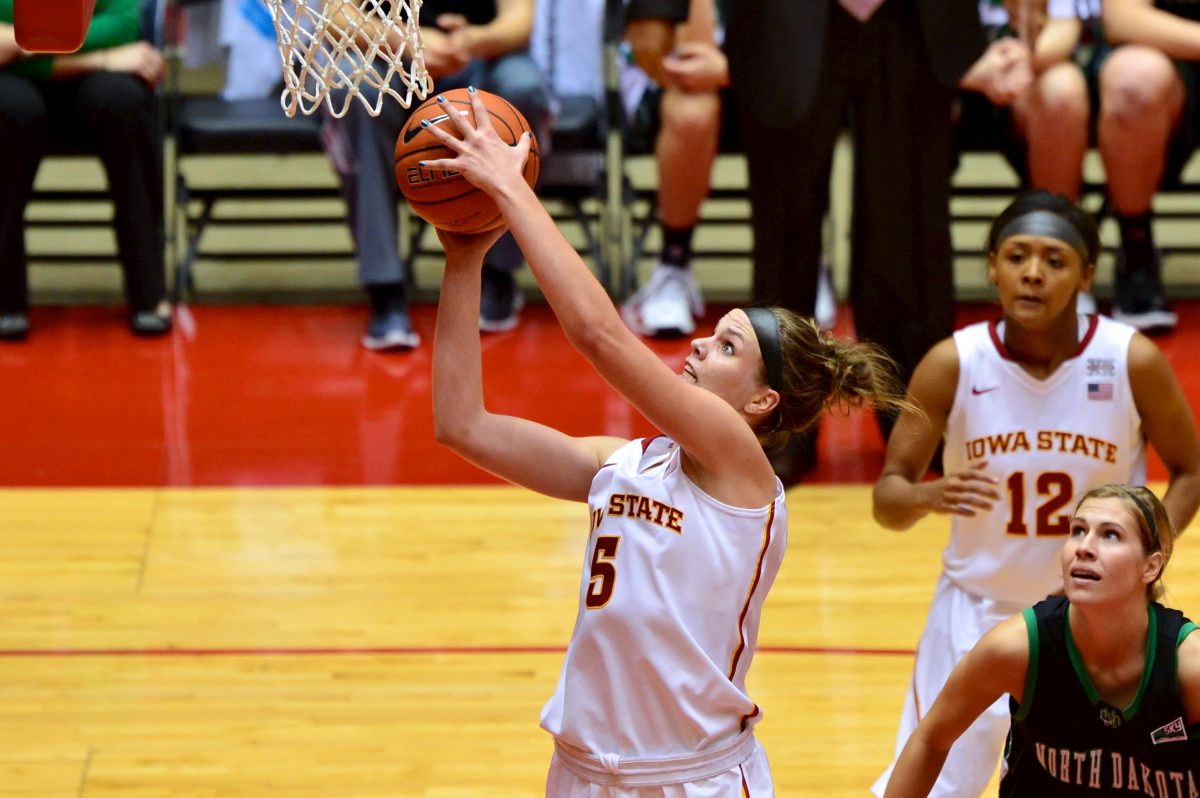 AMES, Iowa – It wasn’t long after the conclusion of the WNBA draft that a deal was struck for senior Hallie Christofferson to continue her basketball career. Christofferson will sign a free agent contract with the WNBA’s Phoenix Mercury.

“I am very excited for the opportunity to continue playing basketball,” Christofferson said. “I am looking forward to what Phoenix has in store for me as I head to draft camp.”

Christofferson, a Hamlin, Iowa native, was a two-time Associated Press and WBCA Honorable Mention All-American and a two-time All-Big 12 first team selection. The forward led Iowa State in scoring for the second-consecutive season with 18.4 points. She scored in double figures in 29 of Iowa State’s 31 games, including 16 games with 20 or more points. She posted eight double-doubles and shot better than 50 percent from the field in 14 games.

“This is a great opportunity for Hallie,” head coach Bill Fennelly said. “Phoenix was excited to bring her to camp, and I am sure they will find out quickly how special Hallie is on and off the court!”

Christofferson recently wrapped up a standout career with the Cyclones after finishing her senior season sixth all-time in scoring (1,709) and eighth all-time in rebounds (762). Christofferson leaves Iowa State as one of the most decorated student-athletes in school history.