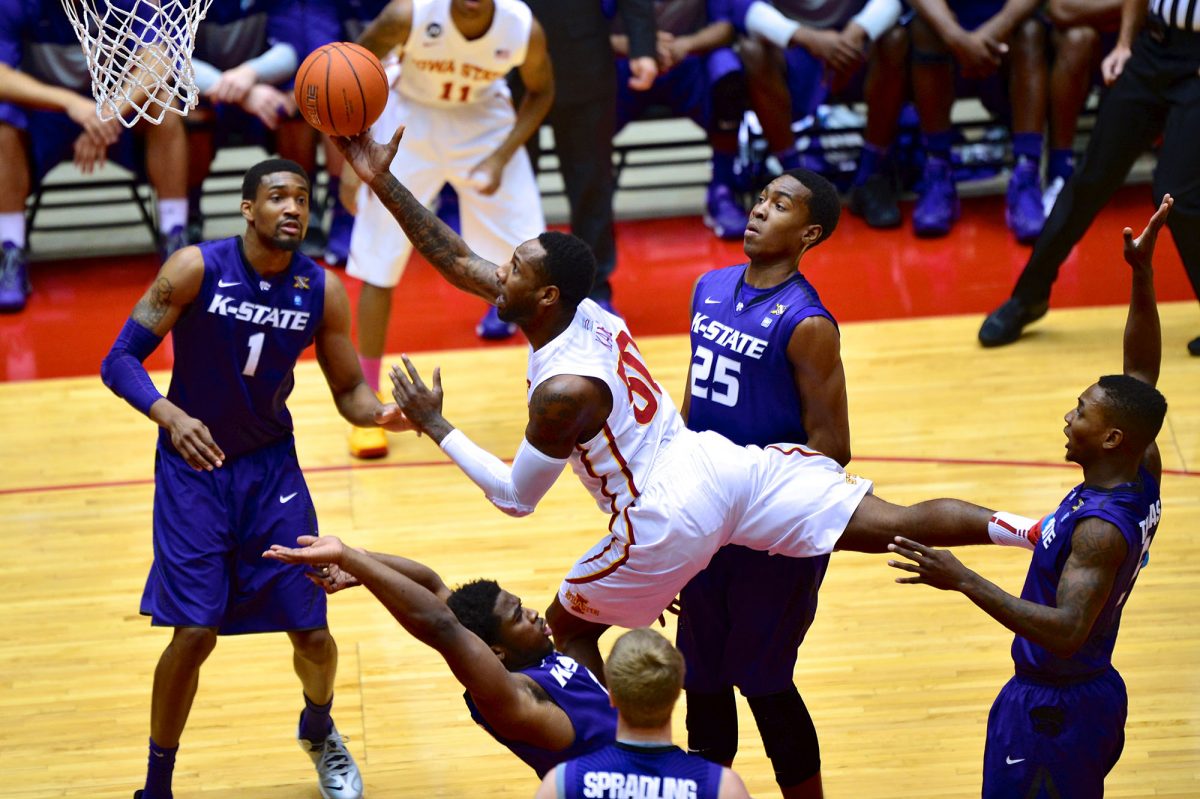 Monday Musings is brought to you by our "Sponsor of the Week" and longtime advertising partner, Phillips Floors. Phillips Abbey Carpet & Floors is located in Ankeny and Indianola and will have a booth featured at the Home and Garden Show at the Hy-Vee Hall from Feb. 6-9. Here’s a big thanks to our friends at Phillips Floors!

It is 5 p.m. and I am finally posting Monday Musings. Tis’ the season folks. This hack blogger has been busier than Royce White’s Twitter feed today so my apologies to the late installment of your favorite (please, just humor me) weekly sports column on the interweb.

Because of the above, this will be a rather short but hard-hitting (hardly) column so as always, enjoy and for the love of all things holy, stay warm out there.

Fred Hoiberg pointed something out in his press conference earlier today that I hadn’t really thought about during the first few weeks of the Big 12 season.

Hoiberg said, “I think if you look at the rankings right now, there is one team we have played in our league that hasn’t been ranked. That was at Tech, and that’s not an easy place to play.”

I fact-checked the Mayor and of course, he was right.

I know. The Big 12 is a solid league this year. But I got into a conversation with some colleagues earlier today about the surprise that this group of 10 teams has been.

I would say other than TCU (obviously), Oklahoma State and Baylor, every team in the league is better than anybody thought it would be leading up to the season. And heck, Oklahoma State is still a top 10 program (the Cowboys are probably about what most people thought they would be but I wouldn’t call them better)!

*** There is an interesting thread on CycloneFanatic.com today that is titled, “Will Scott Drew be back next year?”

Baylor fooled me in the non-con. No question.

But to the question in that thread: Will Scott Drew be back next season? Absolutely, he will be. The Bears have still been to the Elite 8 in two of the last four seasons (not counting this year). This, remember, is Baylor we are talking about here.

Unfortunately for Baylor though, things are probably going to get worse before they get better. The Bears will host West Virginia tomorrow night. That should be a win, but the Mountaineers are a heck of a lot more competitive than I thought they would be before the season started. Then, it’s at Oklahoma State, vs. Kansas and at Oklahoma. Yikes!

*** If I were a Kansas fan, I’d be nervous as heck about Wednesday’s game against Iowa State. The Jayhawks did go into Ames and steal one a couple of weeks ago and to that, they deserve all the credit in the world. We all know that doesn’t happen very often. But Iowa State shot 31 percent from the field in that game while Naadir Tharpe of all people had a LeBron moment for the Jayhawks.

That was an odd basketball game all the way around and while I have no clue what Wednesday night’s outcome will be, I do know that it won’t look anything like fans saw in Hilton two weeks ago. That simply isn’t possible.

*** Give me Oklahoma to upset Oklahoma State tonight (boom).

*** I talked about this on last week’s Cyclone Fanatic / Wilson Toyota of Ames Radio Show (heard Thursday’s from 6-7 on 1460 KXNO) but for some reason, I feel like Iowa State will either win at Kansas or at Oklahoma State. I’m feeling a, ‘you never know what’s going to happen on any given night,’ kind of winter with this team. These Cyclones don’t appear to be a group that gets too frazzled playing away from home. Having said that, I’m not sure if Hilton will be as much of a home court advantage for this team as it has been the last two seasons either so an unexpected loss at home wouldn’t surprise me either.

*** MUST-READ — Take five minutes out of your day to read this heart-tugging story about Daniel Edozie’s childhood by Rob Gray of the Cedar Rapids Gazette.