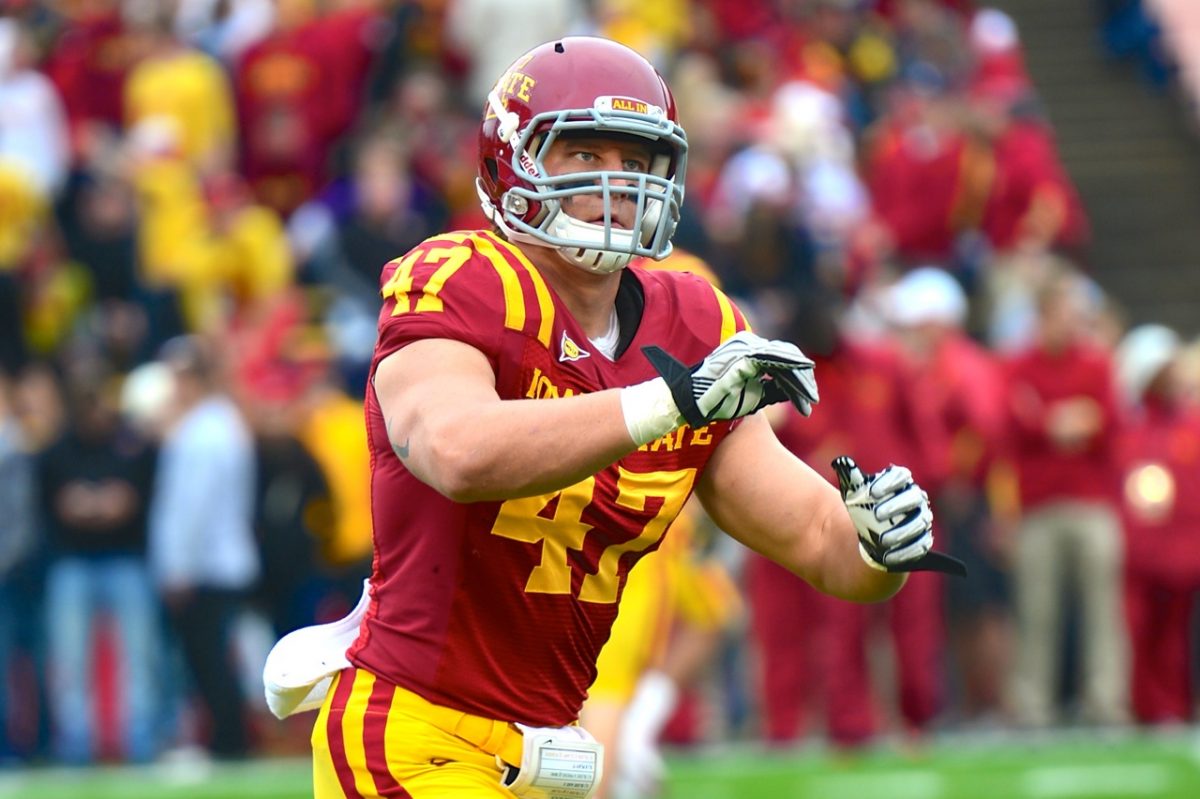 Recapping what your favorite former Cyclones did in week six in the NFL season.

***Leonard Johnson picked up three solo tackles this week for the Tampa Bay Buccaneers. The Bucs fell to the Philadelphia Eagles 31-20.

*** Former Cyclone linebacker Jake Knott also appeared in the game between Philadelphia and Tampa Bay. Knott picked up one solo tackle on the day, giving Jake five tackles, four solo, on the season.

***A.J. Klein had the best game of his career so far picking up three solo tackles in the Carolina Panthers’ 35-10 win over the Minnesota Vikings. Klein and Knott are now even on the year with five tackles, four solo.

*** Ahtyba Rubin finished with seven tackles, one solo, in the Browns’ 31-17 loss to the Detroit Lions. Rubin now has 21 tackles, 11 solo, and one sack on the year for the Browns.

*** Kelechi Osemele started another game on the offensive line for the Baltimore Ravens. The Ravens fell to the Seneca Wallace’s Green Bay Packers 19-17.