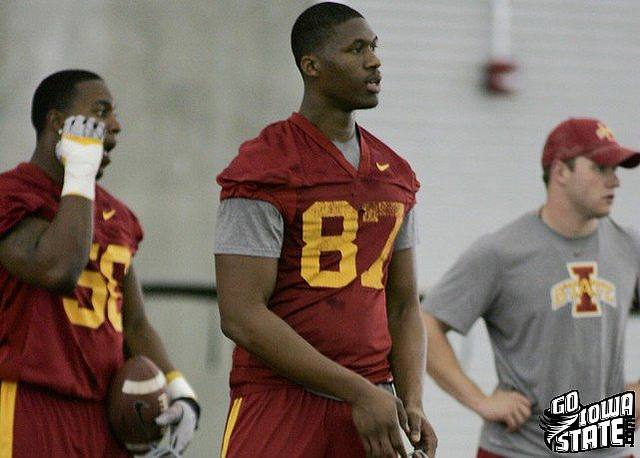 AMES — Often times after a preseason scrimmage, coaches will give media the whole, “I want to take a look at the tape before saying too much,” line. Those words were murmured a time or two after Iowa State’s second scrimmage of the 2013 fall camp on Saturday night, but defensive coordinator Wally Burnham didn’t do a very good job of hiding his thoughts about his young Cyclone defense’s performance.

“One-hundred percent better than last week, I can tell you that,” the veteran defensive coordinator said of his crew. “We’ve gotten better every week. Every day this week we made improvement.”

It’s as if last week’s scrimmage was a bit of an eye-opener for this youthful Cyclone defense.

“Last week we came out and weren’t ready. We worked on a lot of things. A lot of technique. The tackling and things like that. I thought they responded. They played with some intensity that I didn’t think they played with last week and I think we improved everywhere.”

Of course it wasn’t perfect. But it was better. A lot better. Saturday marked day 17 of fall camp, compared to practice No. 7 last week. It should have been better. Head coached Paul Rhoads chimed in as well.

“I thought we tackled pretty dang good as a defensive unit,” Rhoads said.

That’s all fine and dandy, but the following quote is what will make Cyclones fans smile the widest regarding Saturday night’s exhibition.

“I know we got a lot of pressure on the quarterback,” Burnham said.

And it all started up front. According to Burnham and Rhoads, the David Irving to defensive tackle move is working out – so far at least.

“This has been a real positive move for our football team and depth at the defensive end position has allowed us to do it,” Rhoads said. “(Rodney) Coe and Irving give us a nice one-two punch there.”

Burnham said that his defensive coaching staff had discussed moving Irving to tackle during the spring. They waited until earlier this week and all signs currently point to the switch inside being a major success – again, so far.

“He’s got those long arms,” Burnham said. “He is a big body in there that is athletic. When he learns how to bend his knees and keep his pads down and really come off the football, he will be a really good football player inside and hopefully force some double-teams.”

“David Irving, without a doubt,” Rhoads said. “Rodney Coe showed up tonight and looked like a fresher and better shape football player than he has been. I’ll be anxious to see how he grades out. He is still learning the position. Using his hands, taking the right footwork and things like that. He was in the backfield. I noticed that. I noticed No. 94 Devlyn Cousin standing back there. I think Devin Lemke flashed in my eyes a few times as well.”

Paul Rhoads’ analysis of the scrimmage…

As we’ve already covered, David Irving was a big one on the defensive side of the football. Burnham mentioned junior linebacker Jared Brackens as a guy who, “had a pretty good football game.”

“Dondre Daley made some plays but he is a guy we count on making plays,” Rhoads said.

“He is very athletic,” Rhoads said. “He is similar in athleticism to Collin Franklin, without the height. He has excellent hands and he was targeted more tonight, meaning that the ball was intended to be thrown to him. He makes plays with the balls in his hands. There’s not a lot of tight ends across the country that make folks miss and E.J. is capable of that and he did that tonight.” “If Rodney (Coe) is new to the position than David is a dagone baby. But that baby takes big steps.”

“I think the biggest change that we’ve made is in the last 48 hours, we’ve become a smarter football team. It has been that dramatic in that amount of time. We were not a smart football team last Saturday.”

*** Rhoads on the play of backup quarterback Grant Rohach…

“Grant is Sam a year ago. He is tense. He is anxious. He presses a little bit. In ways, he’s right on schedule as he tries to fight and learn and play. He’s competitive as heck. He is smart but he’s still learning. He’s a good football player.”

We’ll have more from Saturday’s scrimmage later on this evening and on Sunday. 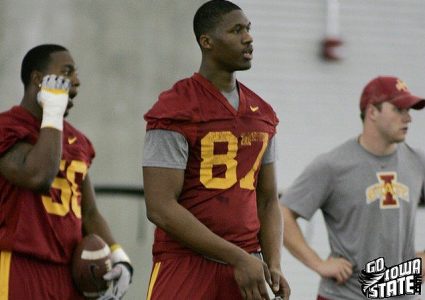