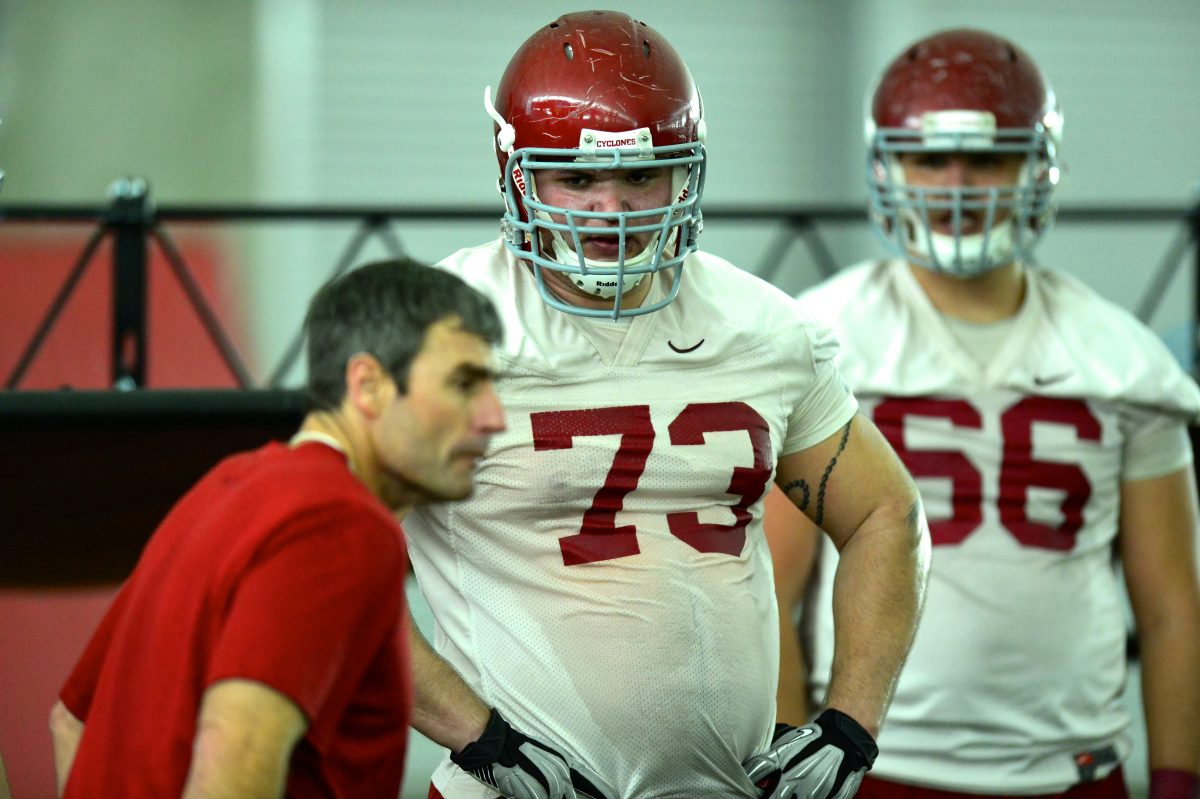 "The knee injuries that he has sustained are just too much," said Rhoads.

“He was in the top five for a reason," said Rhoads. "We were very anxious to get him back because we felt he brought a physical presence that we needed. It’s a blow.”

A blow indeed. A blow for Iowa State and a blow for a young man that has been cursed with injuries since the day he arrived in Ames.

Up news for Iowa State is a 6-foot-6, 295-pound sophomore by the name of Jamison Lalk according to Rhoads.

“Lalk is playing in there," said Rhoads. "(Jacob) Gannon is playing both the guard and the tackle spot. Oni Omoile is really coming on as a player like we anticipated he would which is really fun to see.”

Gannon has spent the majority of his career at guard, although he was listed as a first-team right tackle in the spring’s opening depth chart. Who is playing where on the offensive line will definitely be a big story heading into next Saturday’s Cyclone Gridiron Club Spring Game that will kick off at 2 p.m.