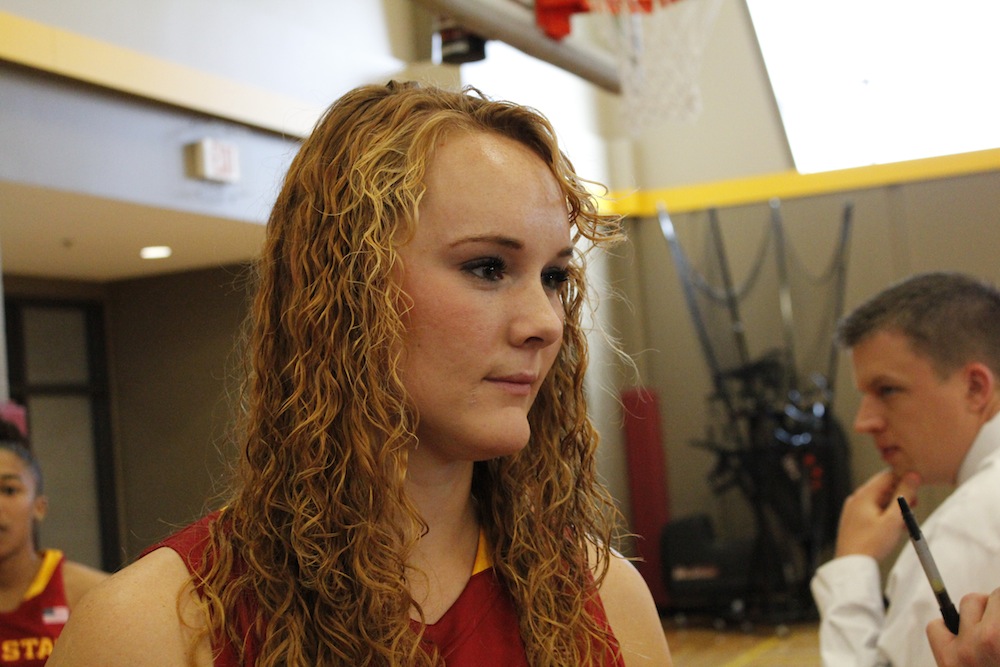 The following is a press release courtesy of Iowa State athletic’s communications.

Christofferson, a Hamlin, Iowa native, had a breakout season for the Cyclones, leading the team with 15.6 points to go along with 6.7 rebounds per game. Christofferson, one of four players unanimously selected to the All-Big 12 First Team, shot 51.6 percent from the field, 40.1 percent from behind the arc and 86.2 percent from the free-throw line, all of which led the team. She scored in double figures in 28 of 33 games, including 11 games with 20 or more points.

Poppens, who earns the honor for the second-straight year, averaged 13.4 points and a team-best 9.7 rebounds. She posted 10 double-doubles and shot 50.4 percent from the field and 83.7 percent from the charity stripe. The Aplington, Iowa native became just the 14th player in Big 12 history to score 1,000 points and grab 1,000 rebounds in her career. She posted double-figure scoring in 20 games and had 11 games with 10 or more boards.