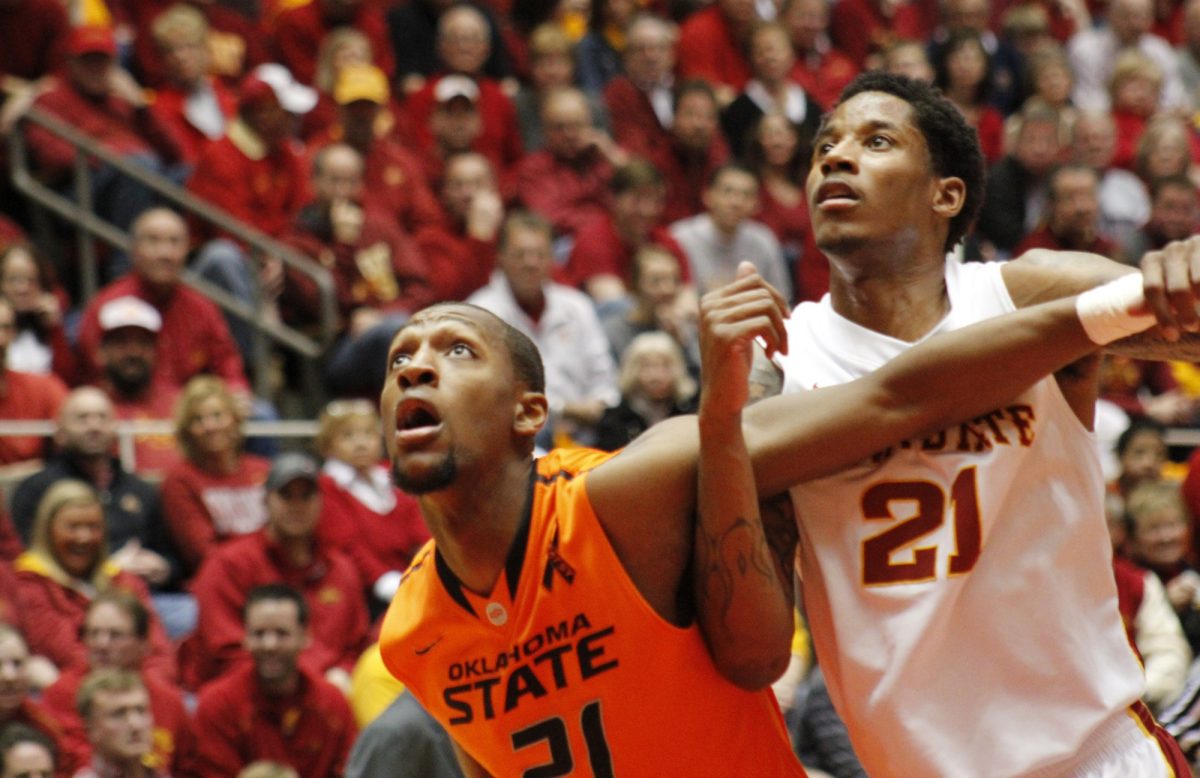 AMES — Oh just relax. The Cyclones are in. Well, they should be at least.

That’s the buzz going on around Ames after Iowa State’s rather convincing 87-76 win over No. 13 Oklahoma State on Senior Night. It was a Senior Night in which three of Iowa State’s five seniors (Korie Lucious, Will Clyburn and Tyrus McGee) scored in double figures. Meanwhile, Chris Babb was his usual self, a henchman on defense.

And the wild card Anthony Booker?

Iowa State’s up and down big man was up. Way up. With Melvin Ejim and Georges Niang in foul trouble, Booker stepped up in a big way by grabbing six rebounds and more importantly, giving Iowa State a physical presence down low in 14 minutes of work.

“All of our seniors I thought had big impacts on this win tonight,” said Fred Hoiberg after the game. “What they have been doing for this program for two years is really special. For getting this program back on the map and really giving us a boost. I couldn’t be more proud of those guys for how they went out in their last game at Hilton.”

All five seniors did their part in their own way. Because of it, Iowa State gained a win over a team that Fred Hoiberg called “one of the hottest in the country” and maybe, just maybe punched its ticket to the 2013 NCAA Tournament.

Chris Babb – He only scored nine points but in a game that getting some stops on defense was going to be so critical in, Babb did what Babb does, which is come up big time on that end of the floor.

Iowa State’s once healthy 15-point lead was reduced to a measly three with 6:21 to go in the game and something had to be done.

“We knew at some point they were going to make their run. Being leaders and being seniors, we knew that we had to come together and get stops,” said Babb. “I think the difference between most late game situations is we kept being aggressive down the stretch. Most times, I think we kind of backed off and stalled a little bit but this game, we stayed aggressive.”

Oh…And then there was this.

“Babb has got some great athleticism but boy, that got the crowd, blew the roof off the joint,” said Hoiberg. “That was awesome to see him get up there and have that moment.”

Defense – Energy and aggressiveness were the keys to a much improved defensive perfomance according to Hoiberg and it all started on the practice floor.

“I’m telling you, those were two of the best practices that we have had all year,” said Hoiberg. “You could just see the urgency, the close outs. They were shooting contested shots that entire first half and they shot 32 percent. That’s a lethal team over there.”

Oklahoma State ended the night going 4-for-23 from 3-point range.

Iowa State got some big time stops on an 8-0 run in the final five minutes of the game that ultimately sealed the deal.

“I think that we saw opportunities to find guys with open shots,” said Lucious, who led Iowa State with six assists. “Whatever it was, we bought into it. We figured we would share the ball today and we did a great job. Guys were open. Guys set a lot of screens on the ball and off the ball which gave other guys opportunities for shots.”

For the sake of comparison, Oklahoma State only dished out 11 assists on 27 field goals.

Hilton – Once again, the atmosphere inside of Hilton Coliseum was nothing short of magnificent. I’ve covered Iowa State athletics for close to a decade now and never, ever do I remember a season in which the crowd has been so enthusiastic.

This game featured a Travis Ford tantrum, a debatable flagrant on Niang and a double technical called on Anthony Booker and Markel Brown.

Good news…No fans were ejected from the premises.

Foul trouble – Speaking of fouls, those Iowa State big men just can’t avoid them – right or wrong. Melvin Ejim fouled out of this one while Georges Niang picked up four.

None – You know the drill. No third down after a conference win.

Up next for the Cyclones is a road trip to West Virginia on Saturday. The game will tip at 12:45. 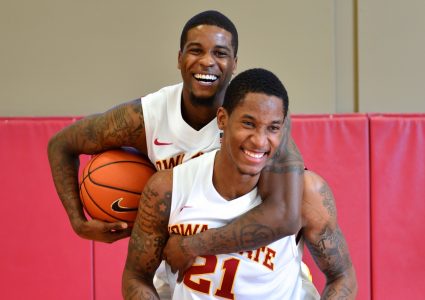 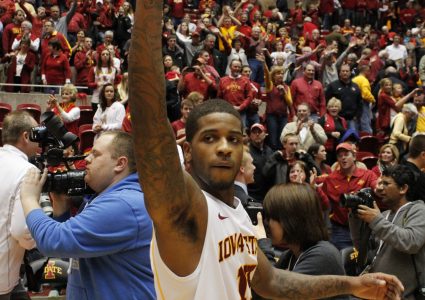