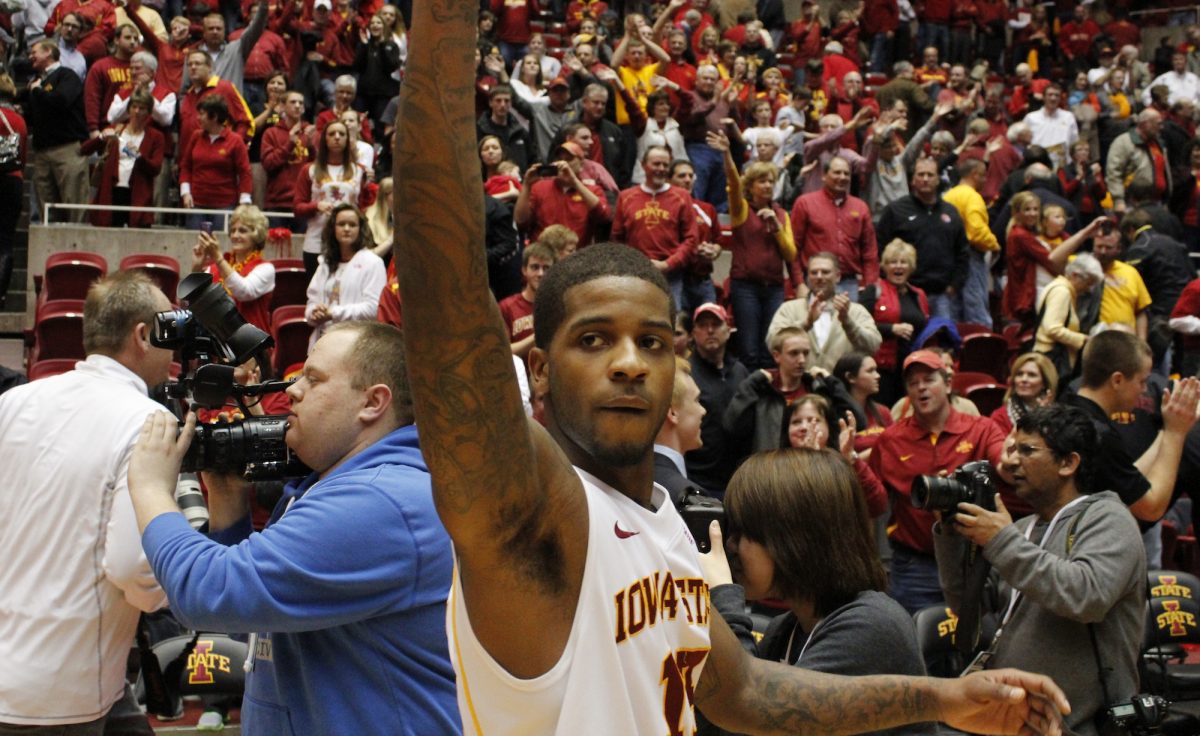 AMES — Here’s an idea…The Cyclones should have a players-only team meeting leading up to every game. Why not? It appears to work.

We heard a lot about this after Iowa State’s loss to Texas Tech back in January. Korie Lucious called that one at the Hilton Garden Inn the evening before the Cyclones responded by beating No. 11 Kansas State.

After what many feel like was Iowa State’s worst loss of the season, a pitiful defeat at the hands of Oklahoma last Saturday, apparently the Cyclones held another team meeting on Monday.

“I told our captains that I don’t care what happens on the practice court but ‘you guys have to get together and get everything worked out,’” said Fred Hoiberg after Iowa State’s 87-76 win over Oklahoma State on Wednesday. “That’s what they did. For our guys to come out with that approach – we had a good hard practice after that meeting that the players had on their own. I told them to stay here all night if they want. We’ll be ready for you when you get out of that meeting.”

That’s two team meetings (that we know of) and two wins over the No. 11 and 13 teams in America.

From true freshmen to a soft-spoken senior like Anthony Booker, everybody spoke up and for the second time this season, it worked. The Cyclones were united and unselfish in Wednesday night’s victory, recording 21 assists on 27 field goals.

“That just shows how unselfish you are for guys to go our there and make the right play,” said Hoiberg.

I don’t know about you all, but I think that the Cyclones need to get a few things off their chests before Friday’s practice. How about another team meeting? Yeah. That sounds good.

To call Anthony Booker’s senior season at Iowa State, or his entire career for that matter, up and down is a massive understatement. A massive one.

On Senior Night though, “Book” delivered in a big way by recording six rebounds and two blocked shots in 14 minutes of action. Most importantly, he was a physical mad man down low, that physical mad man that Iowa State has lacked all season long.

“I can’t really explain it. It was the first time my mom got to see me play here at Iowa State period. I had a lot of emotions,” said Booker. “I was very vocal in the meeting. I just basically wanted to show these guys that rather I score or not, I’m all in. I’m trying to see this thing go forward. I don’t want to let this stuff go. I just want to keep playing and keep winning. I love these guys like brothers. I don’t want this to slide away.

Maybe Booker has turned over a new leaf leading up to the final month of his career? With a team know for its physicality like West Virginia on the horizon, Booker’s emergence as a threat in the paint couldn’t have come at a better time.

“Anthony Booker deserves a lot of credit,” said Hoiberg. “It’s been a tough season for him to kind of be in and out of the rotation and for him to make the impact, we had to have him out on the floor. He was really helping us get those stops. We were doing some offense-defense substitutions and Booker was out just throwing his body around getting rebounds, block and we really needed that energy and effort out of him tonight.”

*** Iowa State’s players acted like they weren’t feeling the NCAA Tournament bubble pressure heading into Wednesday’s game. They were lying.

“That definitely hit us,” admitted senior Chris Babb. “We have come to far to let our season that we built up so far, to let it whither away. It was going in that direction when we played Oklahoma. We came together.”

*** Confidence has never been a problem with this team. Now, the Cyclones are feeling a little bit better about themselves on the defensive side of the ball. Uh oh.

“When we get stops on defense we can play with anybody in the country,” said Korie Lucious. “Offensively, we are one of the best teams in the country. When we get in the tournament, we’re going to keep playing the way we’re playing and keep focusing on defense.” 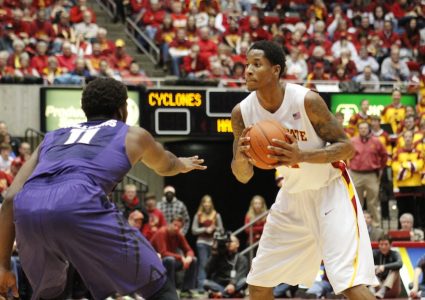