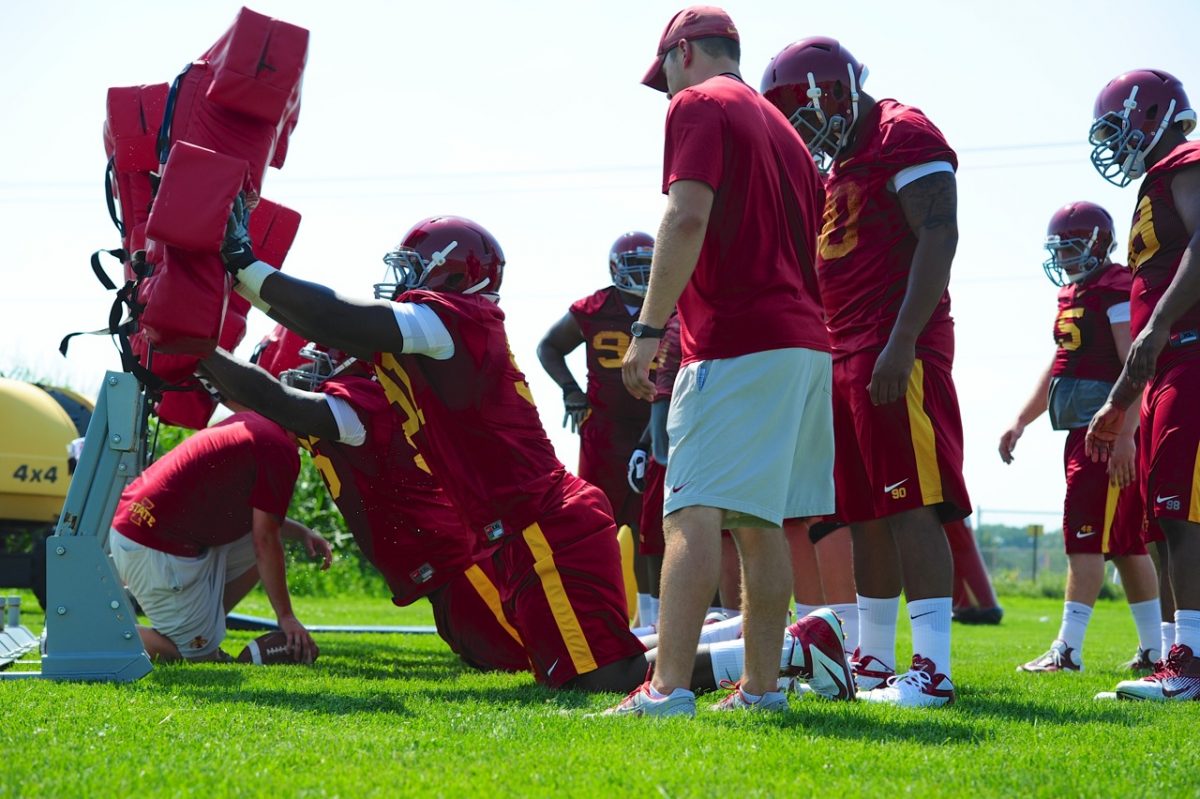 AMES – The job is simple for Iowa State defensive lineman.

When two all-American linebackers are prowling behind you, it’s really that easy. Do your job and let A.J. Klein and Jake Knott wreak havoc.

No one knows that better than senior nose guard Jake McDonough.

“If I’m not making the play, I’m helping out A.J. and Jake,” McDonough said. “They always appreciate me for doing that. That’s something I take pride in. It’s not something a lot of people see, but it’s something that I personally know I’m getting the job done for them. It shows when they are all-Americans.”

The Cyclones will break in three new starters on the defensive line this season, and the group comes in trying to improve on last year’s pedestrian numbers. The d-line sacked opponents just 13.5 times last season and registered 28.5 tackles for a loss.

“We need those guys to make more tackles for losses,” defensive coordinator Wally Burnham said. “Those kind of things really show up big. We need more sacks from those guys.”

Burnham is hopeful his front four can do just that. Besides McDonough at nose, the depth chart lists, Cleyon Laing at tackle, Willie Scott or David Irving at left end and Roosevelt Maggitt at right end.

Those five won’t be the most intimidating size wise – they average just 264 pounds – but their quickness should be an asset against Big 12 offenses.

“I think our defensive line has a chance to have a good year of football for us,” Iowa State coach Paul Rhoads said.

One of the players Burnham is counting on to elevate his play is Irving. The sophomore played limited snaps as a true freshman last year, registering five tackles, and is the first one to admit he needs to get much better.

Irving – who stands 6-foot-7, 262 pounds – is probably the most gifted Cyclone lineman athletically, but that didn’t mean much last year. The San Jacinto, Calif., native says he needs to improve his hand placement and firing off the ball lower.

In addition to his technique, Burnham is looking for Irving to improve mentality.

“David really needs to grow up and become a real mature football player as much as physically,” Burnham said. “He needs to learn that it’s going to take a supreme effort. He is a young kid, and he hasn’t quite gotten that concept that, ‘Hey, I got to go.’”

Despite his limited success last year, Irving is thankful he got on the field last year. He admitted he was often nervous and unsure of his assignment.

“Last year, I didn’t know all what I was supposed to do,” Irving said. “This year, I know what to expect and exactly what’s working instead of last year just jumping out there. Those small reps helped a lot. This year, I know exactly what I need to work on and how it is going against someone else.”

Jake McDonough and Cleyon Laing will team up to try and form a sturdy wall up front. The seniors will be counted on to stuff the run and make a dent in the middle of the line.

“There are four defensive lineman responsible for four gaps,” Rhoads said. “If the ball comes to their gap, they should be able to stop that run in that area, and take pressure off our linebackers and allow them to roam more freely and make plays.”

“We are a get off defense,” McDonough said. “We are trying to push up field, collapse the pocket, fill holes.”

Potent Big 12 quarterbacks get rid of the ball quickly and put points on the board. Pressuring those signal-callers into mistakes is crucial for success. Willie Scott and Roosevelt Maggitt have showed flashes of doing that in the past.

Along with Irving, Burnham said the Cyclones need to be able to get pressure with their front four. If Iowa State needs to bring a linebacker or two, it could be trouble.

“We have several young guys that have athletic ability. They can run, they can change directions. We feel like we can be better in the pass rush with some of these guys.”

Rhoads said as many as 9-10 guys could be in the rotation by the end of fall camp. Young players like Nick Kron, Devin Lemke, Brandon Jensen and Cory Morrissey could all play significant minutes for the Cyclones, but only if they can help the team win football games.

“We’ve got to build depth, and it’s got to be depth that can help you win,” Burnham said. “Numbers don’t mean anything, you have to comfortable putting people in the ball game knowing they can do the job.”

Between now and Sept. 1, Iowa State is hopeful the defensive linemen can figure that out. 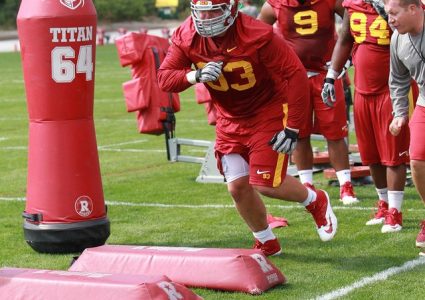 Williams Blog: Where this defensive line confidence comes from