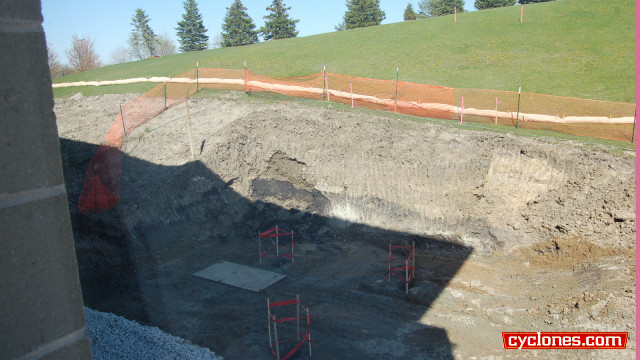 RECORD DEAL FOR PAC-12: Jackpot! That’s what our friends out west are thinking today as the new Pac-12 is about to strike it rich. Numerous media outlets are reporting that the Pac-12 is on the verge of signing a 12-year contract with FOX and ESPN, worth nearly $3 billion. Not too shabby my friends.

CLICK HERE for an ESPN.com blog on the topic.

While this news doesn’t directly impact Iowa State or the Big 12, it will in the future.

But as college football’s legendary commentator Lee Corso would say, "not so fast my friend."

Remember that the Big 12’s new deal only included the conference’s second tier rights. First tier rights will be up for bids in 2015, meaning that by then, there’s a good chance that the Big 12 will leap past the Pac-12 from a total television revenue standpoint.

To wrap things up, the Big 12 was cheering for the Pac-12 to fire off a large number. This is a good thing.

SCOREBOARD WORK: Speaking of money, Iowa State didn’t waste any time when it comes to putting up that new $5 million scoreboard at Jack Trice Stadium. The university released a photo gallery of the updated work earlier today, which you can view by CLICKING HERE. The front runner right now is Collin Klein, who went 25-of-37 for 358 yards and five touchdowns in the scrimmage. Klein went 11-for-18, 138 yards and a touchdown last season.

The darkhorse? Iowa State fans should understand this. It is JUCO transfer Justin Tuggle, who began his career at Boston College, before transferring to Blinn C.C. Sound familiar? It should. Tuggle was Heisman Trophy winner Cam Newton’s successor at Blinn last season.

For more on this story, CLICK HERE to read a piece written by Cole Manbeck of the Manhattan Mercury.

I anticipate McGee to be a potential starter as soon as next season in Ames.

– The nationally ranked Iowa State women’s golf team has a big weekend ahead of them. Rick Brown from the Des Moines Register reports.

– Former Colorado football coach Dan Hawkins recently sat down with Tom Dienhart of Rivals.com. I realize that many of you likely don’t care about Colorado anymore, but this is a good read. The "Hawk" comments not only on his time in Boulder, but the future of the Big 12 as a 10-team league too.

– Remember former Missouri basketball player Kareem Rush? The dude has some pipes. Check it out.

– A summary of Kansas State’s spring game from the Kansas City Star.

– How exactly do some of college football’s top coaches "change the culture" at a program? Rivals.com’s David Fox reports.