CycloneFanatic.com’s 2011 Big 12 Tournament coverage is brought to you by our good friends at Wilson Toyota of Ames, located at 2212 S. Duff Ave.

Kansas City – There is one advantage to being a 12-seed in the Big 12 Tournament. Nobody expects you to do anything.

“We’ll go out and play with nothing to lose,” Iowa State head coach Fred Hoiberg said before Tuesday afternoon’s practice. “That’s what we’ve told our guys over the last couple of weeks. That’s to play the role of spoiler.”

The Cyclones certainly did that. With home wins over NCAA Tournament bubble teams Nebraska and Colorado, Iowa State didn’t climb out of the 12 hole, but they at the very least got back into the conversation.

No, there’s no Cyclone-related Big 12 Tournament title talk coming out of Kansas City, but Iowa State has done something over the last two weeks that it hadn’t previously done all conference season long. That is make plays down the stretch. It resulted in the two victories.

“When you win those games, play with confidence and play with swagger, you are a much better team,” Hoiberg said. “When you constantly get beat down by losing close games, it does strip away some confidence. For our guys, it was nice to win a couple of those close games and make some plays down the stretch.”

In six of Iowa State’s 15 losses, the Cyclones had the lead or were tied with under a minute to play. Four of those defeats came from within the Big 12 Conference.

Freshman Calvin Godfrey has been a big reason for the turnaround. Ever since he returned from a three-game suspension against Texas A&M on Feb. 16, Godfrey has averaged 11.2 points and 7.7 rebounds per game.

At the beginning of the season, he was a wide-eyed freshman who could have used a redshirt. Now, Godfrey is a confident soon-to-be sophomore who feels like his team can win a game or two in Kansas City.

“We’ve shown that we can compete with teams,” Godfrey said. “Now we have to get over that final hump and beat them. I feel like these next few days of preparation are going to affect how we do in this tournament.”

He’s not being cocky. He’s being realistic. Jamie Vanderbeken thinks that his team got a good draw with Colorado in the first round of the Big 12 Tournament.

“We have three Big 12 wins and our first game is against a team that we did win against and Kansas State is a team that we played close twice,” Vanderbeken said. “If we could get past Colorado, I think we’d have a chance.”

The guy has a decent point. Iowa State beat the Buffs 95-90 just a week ago in Ames. And as for a potential second-round matchup with Kansas State, the Wildcats only led the Cyclones by four with fewer than four minutes to play on Saturday in Manhattan. The first time that those two teams met, Jacob Pullen willed the Wildcats to a one-point win.

If Iowa State is going to win its first Big 12 Tournament game since 2005, this is a scenario where it could legitimately happen. 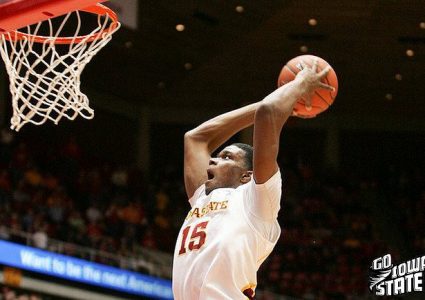 Same story, Cyclones’ season is over 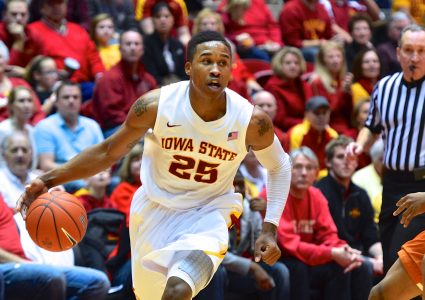