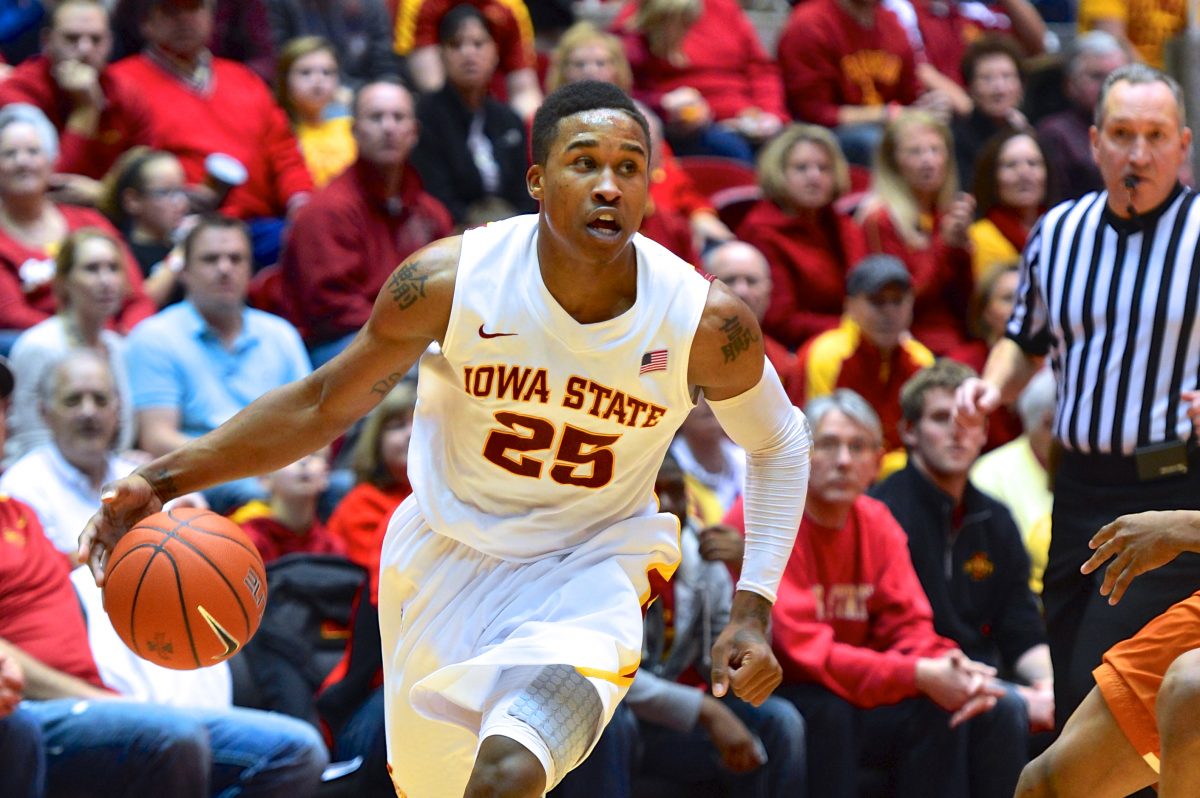 Iowa State enters Wednesday’s monumentally gigantic game against No. 13 Oklahoma State on the NCAA Tournament’s bubble, according to those pesky “Bracketology” guys at least.

On Monday, CBS’ Jerry Palm listed Iowa State on his “first four out” list. ESPN’s Joe Lundardi had Iowa State hanging on by a thread as an 11-seed even before Saturday’s lop-sided loss at Oklahoma. He has yet to release an updated projection.

While life on the bubble isn’t the best spot to be in as the calendar now reads March, Iowa State could certainly be in a worse position. Saying that Iowa State currently controls its own destiny isn’t a reach. A win vs. a top 15 team like Oklahoma State would go a long way. The Cyclones also have another opportunity to add a road win to its resume on Saturday at West Virginia. And don’t forget the fact that the NCAA Tournament selection committee knows what happened last Monday against Kansas. One would assume that should the Cyclones go down to the wire in the selection process, the backlash from that game (the Big 12 basically admitting that Iowa State was robbed) should favor Fred Hoiberg’s squad.

“Win these next two games for sure,” said Lucious of what his team needs to do. “That would help us going into the conference tournament. We’ll get as many wins as we can there and try to get that championship. If we can win out these next four or five games leading up to the NCAA Tournament, that would be big.”

Iowa State’s 86-69 loss to Oklahoma on Saturday might have been its worst game of the season. A lot went into it, but nothing was more important than Iowa State’s overall lack of energy.

Even looking back at Iowa State’s mid-season loss to lowly Texas Tech, Hoiberg saw plenty of energy from his team in that game. That fateful night in Lubbock just happened to mark Iowa State’s worst offensive output of the season.

“Defensively looking back it was one of our better defensive games,” said Hoiberg, referring to Texas Tech. “We had energy that game we just didn’t move the ball. We got really stagnant. Last game was the first time where energy wise, we didn’t bring it. It is concerning, especially considering the magnitude of that game and how important it was for both teams to go out and play the right way and we didn’t.”

Ready or not, the hottest team in the Big 12 Conference is set to invade Hilton Coliseum on Wednesday night. Since handing the Cyclones a 78-76 loss back on Jan. 30, Oklahoma State has won nine of 10. The one loss occurred in double-overtime to Kansas on Feb. 20.

— When speaking of the hottest teams in the Big 12, don’t forget the Oklahoma Sooners.

“If you take that last eight-minute stretch away from Oklahoma when they played Texas, they had a 22-point lead and just put on a clinic for 32 minutes,” said Hoiberg. “They obviously didn’t finish that game well. They have been rolling. They beat Kansas recently.”

Oklahoma’s RPI is currently at No. 22, four spots ahead of Oklahoma State.

— After Saturday, Iowa State is currently ranked at No. 53 in the RPI.

— Did you know that walk-on senior Austin McBeth is considered by his teammates to be one of Iowa State’s most vocal team leaders?

“I think that McBeth talks the most out of anybody on the team, including myself,” said Lucious. “I always hear McBeth. He doesn’t play. He doesn’t really play in practice but just by the way he talks, he brings leadership no matter what position he is in.”

— Did Saturday’s loss have anything to do with a hangover from last Monday’s controversial loss to Kansas? Maybe…

“I try not to talk a lot about the NCAA Tournament,” said Hoiberg. “I try to talk about the task at hand and on that Saturday, it was Oklahoma and trying to get the sting of that Kansas game out of our guys’ systems. It took a little longer than the others. It was such a disappointment and maybe we didn’t get it completely out of our system. Now it is important to put last week behind us and come out with great energy and focus. I think our guys will do that.”

Notebook: No pressure on these Cyclones