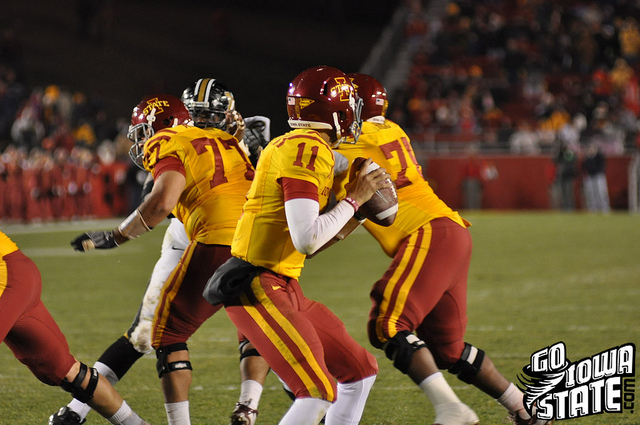 Athlon recently posted their “Way Too Early Predictions for 2011” and you shouldn’t be surprised as to what the publication had to about Iowa State and the new look Big 12.

Survey says: Dead last for the Cyclones. Please excuse me for one-moment fanatics while I go wet my pants. I’m so shocked!

Has Athlon ever picked Iowa State to finish anywhere other than at the back of the pack?

Here’s the deal. I don’t know if I can even blame Athlon in this case. Put yourself in their position. That means that you know nothing about Iowa State’s two-deeps, recruiting (over the past three years), player development, etc. When an outsider looks at the 2011 Cyclones, this is what they see.

That is what they see and yes, that is a reality.

Here’s a question for you. Over the last two seasons, when has Paul Rhoads done his best work?

Answer: When his team is being doubted the most.

Without his starting quarterback and running back in 2009, Rhoads led his depleted Cyclone roster into Lincoln to upset Nebraska for the first time in 30 years. In 2010, Iowa State had lost back-to-back games to Utah and Oklahoma by a combined 120-27. The Cyclone Nation was in an uproar. Some (a small portion of the fan base) began to doubt not only the players, but also Rhoads himself.

What happened? Iowa State went on the road to beat Texas for the first time in school history and darn near did the impossible by qualifying for a bowl against the toughest schedule in America.

My point is that what Athlon says in January, really means nothing. If anything, this doubt towards Rhoads’ program might end up being a positive in the long run. Maybe the Cyclones will lift a couple more reps on that cold February morning. Maybe they’ll run that extra mile in March. Who knows? But when things get rough in Ames, that’s when Rhoads’ staff excels the most. 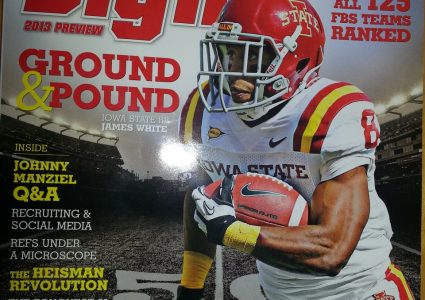