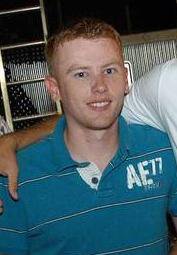 Happy Thursday Fanatics! It is time to finish off this mailbag that I started yesterday via video. Let’s begin with a question from TamJam.

Tamjam writes: Chris, now that you are on the DSM Register Staff, any chance you can set up a pay-per-view boxing match vs. that blowhard Keeler? I would love to see you two battle it out for the title "Best Blogger" and give that punk a beat down! Obviously the winner would face Randy Peterson in a steel cage match.

CW: First of all, I should clear something up. I am not on the Des Moines Register’s staff. I do a weekly chat on DesMoinesRegister.com to promote CycloneFanatic.com and hopefully draw a few more eyeballs to our site that wouldn’t normally be here. Now, onto the question. Could I set this up? No. Could you? You’ll have to ask Sean and Randy. I’d be down. Sean might be a little bigger than me but I am prepared to fight dirty. As far as Peterson in a steel cage? That would be like a dream come true for me. I’ve been wanting to get my hands on him for years. It’d be like fighting Ric Flair. Whooo!

I would play the role of a young Randy Orton, the Legend Killer. I need to end this answer right now.

SuperCy writes: What would you consider your biggest, "Holy ****, I can’t believe that just happened" moment in ISU sports. Both positive and negative.

CW: I’ll begin the negative. Two moments come to my mind. The first is the 2004 Missouri football game. We all know what went down and how it happened. Do I really need to go into it? The second is the Nebraska game from the following season. I think about that game a lot. If DeAndre Jackson picks up the ball and runs on a fumble recovery or Nick Leaders just picks that ball off in overtime, Iowa State easily wins that game, the season possibly goes differently and the Clones could have played in the Holiday Bowl or better. Win that game, do you lose to Baylor at home the next week? What if…what if…what if? Is Dan McCarney still the coach here?

As far as a positive goes, I’ll go with the 2004/05 basketball season when the team lost five straight to begin conference play. They then recovered to win their next seven, including that unforgettable win in Lawrence. Yes, there are probably some big individual moments that could be mentioned here but after the start that team had, I was utterly shocked that they rebounded the way they did.

CW: I want to say yes but I am a worn down Vikings fan. I expect the worst. If anything positive happens, it is a bonus. That franchise just makes me want to cry. I really want to believe that they’ll win and I will talk a big game to my buddies. I just don’t think that it will happen.

What is your favorite Big 12 stadium you have been to?

GeronimusClone writes: Explain to me how any Vikings fan can feel good about winning with Brett Favre on their team? I tried to cheer for him one game last year and felt like my skin was going to boil off. On a side note, it does make it interesting cheering for a team while cheering against the quarterback.

And, at what point in the playoffs does he throw his predictable, avoidable, season-ending interception?

CW: As a diehard Vikings fan, I look at Brett Favre like this. He’s that really smoking hot girl who ignored you all through high school. In fact, I’ll take it another step. She was flat out mean to you in high school. She made fun of you…called you fat. That type of stuff. But dude…let me tell you. She was one fine lady. Irresistible is the best way to put it. In fact, the worse she treated  you, the more you were attracted to her. Then one day, she broke up with her boyfriend (like #4 and the Packers) and wanted to be your girl. In your mind (the Vikings), you knew it was wrong. You knew that she was using you to get back at her ex (the Packers). But this girl was just way too hot to turn down.

Make sense? I figure that is on your level GC.

Triggermv writes: I believe I was in college pretty much about the exact same time both you and Brett Blume were there. I remember reading articles from the both of you back when you were writing sports columns for the ISU Daily. Therefore I’m curious, who do you think would win a cyclone trivia match between you and Brett. I do recall Bret being quite the whiz when it came to random facts nobody would ever remember.

CW: First of all, his name is Brent Blum. I’d be a rich man if I had a buck for every time somebody has called him Brett. Good stuff. In all honestly, Brent would absolutely destroy me in a Cyclone trivia match. In fact, he is probably one of the top five most knowledgeable Cyclone minds that I know along with John Walters, Eric Heft, Mike Green and Tom Kroeschell. I like to refer to Brent as a very skinny, even more wise guy version of the Schwab. Above: That is the Schwab. He’s wearing a Cardinals jersey here. Kinda looks like Blum right?

Drednot57 writes: What is the most memorable thing, event, or moment you remember from the floods this past weekend? I’ve been out of state this past weekend, so I missed the flood of 2010. BTW, me and my family went to Indy to see the Drum Corps International World Championships at Lucas Oil Stadium — awesome spectacle!

CW: I am glad you had a nice weekend. That makes my day. While you were enjoying the drums, I was taking three hours out of my Saturday to wash dishes with bottled water. Just kidding around.

Most memorable event? I got a text message from a good friend of mind in the media at about 3 a.m. that Wednesday.

“Is it true that they are sandbagging Hilton?” he asked.

So I logged onto CF and sure enough, that was a hot topic. I’ll never forget that text and I will never forget the first time my eyes saw that space between Jack Trice Stadium and Hilton Coliseum. It literally looked like a lake. I am so glad that last week is over with.

Sogocat writes: With all the depth at WR and RB, any chance of someone switching to defense?

CW: There is always a chance but I wouldn’t plan on it. I haven’t heard any rumblings at all about this.

CW: I hate Jaeger Bombs. Just cannot stand them. I’d rather taste cat vomit than take another one of those disgusting shots. I’ll go with the latter.

CycoCyclone writes: Will the Cyclones offense do less of the "hurry up to the line, get set, pause, look at the sideline" offense? I’m thinking if we hurried up we might catch more defenses off guard.

CW: I anticipate seeing the same thing you did a year ago. I doubt there are any drastic changes. If any, they’d probably move faster due to the fact that they all should be more comfortable in the system.

Yaman3 writes: Will you be in KC? If you will, will you make it a point to stop by our tailgate? 10 of us are going down to meet 2 others. We are going to Power and Light Friday night. The likelihood of us being less than inebriated immediately upon arrival to Arrowhead is very small if even measurable. You would be missing out if you did not attend. If you are wondering, yes, we will have headbands and Mississippi mudflaps.

CW: Yes, I plan on being in Kansas City and yes, I’d love to meet up with you and the boys. The P&L is a hell of a time. Despite Iowa State’s struggling men’s basketball team, I really enjoyed my time in that area during the Big 12 Tournament last season.

PM me when we get closer to the date and we’ll all meet up. 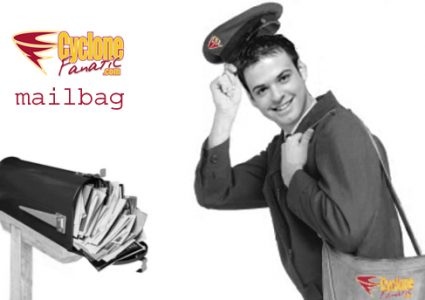