CycloneFanatic.com’s coverage of the Big 12 Basketball Tournaments is brought to you by

Andrea Riley put on quite the show Friday evening in Kansas City. Oklahoma State’s superstar guard broke the Big 12 career and single-season scoring records against the Cyclones by going off for 43 points in a 62-59 victory. That wasn’t even the craziest number she put up though. Riley also broke a Big 12 record in field goal attempts in a game by taking 44 shots. That’s not a typo either.

Here’s one more stat that is intriguing to me. She shot the ball 44 times, which is a lot, but in the win, Riley also became the schools career assist leader.

It was quite the clinic that women’s college basketball’s version of Allen Iverson put on.

“I never think about how many times I shoot,” Riley said after the game. “Coach Kurt Budke told me if they’re going to give you that shot I don’t care if you take 50 shots and I got close.”

That she did. And giving her those looks was Iowa State’s defensive game plan heading into the contest.

“The game plan was to make her a volume shooter, not foul her, make her go to the right, lay back in the lane and make her drive at you, not kick it to the weak side wing,” Bill Fennelly said after the game. “She is so dynamic with the ball when you’re hedging and running all over the building and we wanted to try to make her hit some tough shots and she took 44 shots, and I take 100 percent responsibility for the game plan and you can write anything you want about how stupid it is, that’s fine with me, I really don’t care. That’s the only chance we had to win the game, our problem was not our defense, it was our offense.”

“We missed I don’t know how many lay-ups in the first half. You can’t go 8-for-23 in the post and turn the ball over 18 times,” Fennelly said. “Offensively, you have got to find a way to score and when the other guy is hot, you’ve got to score once in a while to stay in the game and we got down 15 because they were making everything and we weren’t making anything.”

Freshman Anna Prins led the way for Iowa State by scoring 15 points in the loss.

Oklahoma State has now beaten a Laceyless Iowa State team twice in the past two weeks. After the game, an Oklahoma State beat writer told me “they should be very proud of playing like that without her.”

“I just hope that she gets back before the tournament because they’ve got a wonderful team without her but with her I think they could be really good,” said Budke.

“Lacey not being on the floor impacts our team. She’s one of the best point guards in the country,” Fennelly said. “But that’s not an excuse.”

Lacey is expected to be ready to compete for Iowa State in the first round of the NCAA Tournament.

After the game, Fennelly did discuss how the loss might affect Iowa State’s seed in the upcoming NCAA Tournament.

“I hope the committee looks at a team that competed and took a team to the wire without their best player, a lot of it will have to do with what happens in the tournament. All of the smart people handle that,” Fennelly said. “My goal from the start of the year was to try and pout our team, help our team be in a position to finish the season in the NCAA Tournament. It’s in our building, and I hope that’s going to happen. I think we deserve to be there. That’s not my choice. But I just wanted to finish this the right way and hopefully we finish the season the right way.

The NCAA Tournament’s women’s selection show will take place on Monday night at 6 on ESPN. 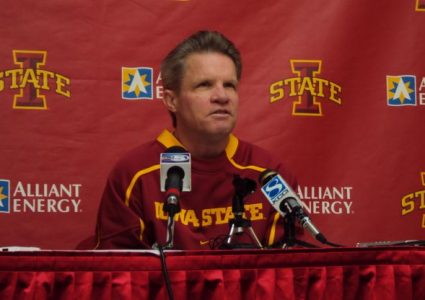 NCAA Notebook: Bring on the Phoenix 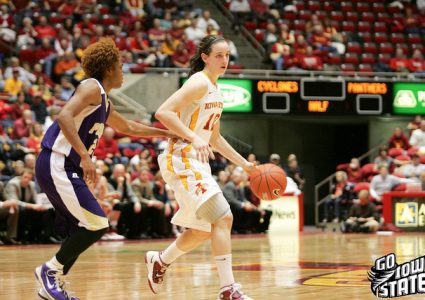