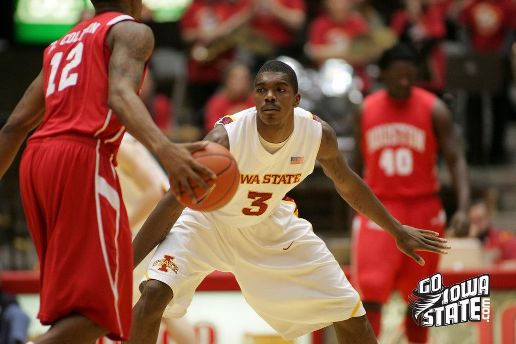 In the history of Iowa State basketball, the Cyclones have only taken on the top-ranked team in America 15 times. Number one Texas will be in Ames to do battle with the Cyclones tomorrow night.

Here are a few must know items for Iowa State fans looking to follow the game.

The Longhorns are 15-0 this season having already beaten the likes of Pittsburgh, North Carolina and Michigan State, just to name a few. The Longhorns beat Colorado 103-86 on Saturday.

“We have to pick and choose our opportunities to turn this into a track meet,” Greg McDermott said on Monday. “This is a team that you know at times, when you watch them on film, they make North Carolina not look like North Carolina.”

Big men are the key Everything really is bigger in Texas. Especially the Longhorns frontcourt. When breaking down this game, one obvious key will be the battle down low. Texas’ frontcourt combination of Dexter Pittman and Damion James is possibly the best in America. James averages 16.9 points per game with 11 rebounds. He’s a Wooden Award candidate who has recorded eight double-double’s this season. That’s the best in the Big 12. He’s also Texas’s all-time leader in rebounding.

And then, there is Pittman. At 6-foot-10, 290-pounds, the man is a beast. Iowa State can only hope to contain this physical specimen once the tip flies on Wednesday.

“He has changed so much,” McDermott said about Pittman. “Anybody who saw him three years ago would have never projected that he would be the player that he is today. His ability to run the floor, his footwork. He has always had great hands. Anything that you threw his way, he was always able to snag. He was a good rebounder because of that. But now, his technique down low, his footwork, what he is able to do defensively has grown so much. He has totally transformed his body from somebody who was never going to be able to play college basketball to somebody who will have a long career in the NBA.”

Diaper Dandies Keep an eye on Texas’ two stud freshmen J’Covan Brown and Avery Bradley. Both youngsters make a serious impact for Rick Barnes. Brown is currently averaging 10.9 points per game while the Big 12’s preseason freshman of the year, Bradley is averaging 11.0 points per game.

Giant opportunity Iowa State has only beaten the top-ranked team in America once in program history. That was back in 1957, on Jan. 14. The Cyclones downed then top-ranked Kansas 39-37.

Texas Basketball Links UT men’s basketball team is No. 1 for the first time ever Texas enjoying first No. 1 ranking

The following release was sent out by Iowa State University regarding television coverage of this game.

AMES, Iowa—Television coverage (in Eastern Iowa) of the Iowa State men’s basketball game against No. 1-ranked Texas Wednesday night will be provided live on Mediacom local connections channel 22 and delayed (at 10 p.m.) on KFXA, the FOX affiliate in Cedar Rapids.

Cyclone fans also have the option to watch the game live on ESPN360 (check your internet provider to see if it carries ESPN360) or on ESPN Full Court. The game is also available on Cyclone Radio Network affiliates throughout the state. The radio broadcast audio is available on cyclones.com with an audio subscription.

Be sure to tune into 1460 KXNO or KXNO.com after the game for the inaugural Cyclone Soundoff Program presented by the Ridgemont Bar and Grill in Windsor Heights.

I’ll be taking YOUR calls!