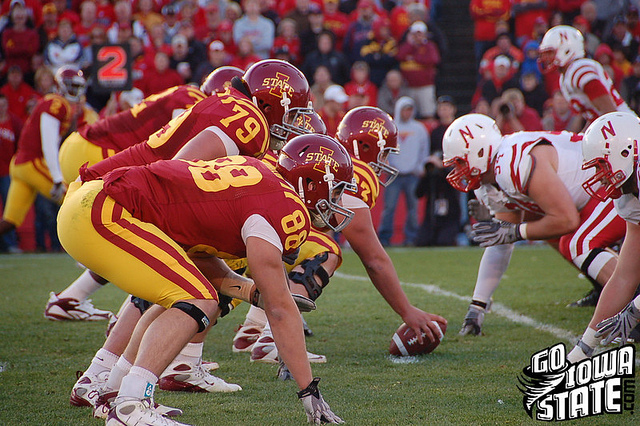 I have good news for you students out there reading this today. Have you ever wanted to play football for Iowa State? Maybe you were that awesome 8-man player who never got a serious look by the big boys. Were you all-everything in high school but was kept down by the man?

Here is your chance to prove everybody wrong. Via an Iowa State press release that was sent out earlier today, the football program will hold its spring walk-on tryouts on Thursday at the Jacobson Building.

I would see you there but two things are keeping me from suiting up. The first is that I have no eligibility. The second is that I would surely be killed upon taking my first hit. Then, nobody would be around to run this website. Not walking on to the football team is just one of the many sacrifices I make, day in and day out to publish this site.

All right. Enough of my sarcasm.

I had a great morning meeting with three of Iowa State’s fine assistant football coaches. You’ll have the opportunity to read those interviews with analysis from them as well in the coming weeks here at CycloneFanatic.com.

The biggest piece of “news” that I can give you today is that according to Iowa State offensive line coach Bill Bliel, Ben Lamaak will move from guard to center in hopes of replacing Reggie Stephens in 2010. From the sounds of things, there very well could be a mix up within the line next year in hopes of making it even better than it was in 2009. Stephens is the only starter who Iowa State will lose to graduation. Stephens will represent Iowa State in the 85th annual East-West Shrine Game on Jan. 23 in Orlando.

Again, look forward to that complete interview with Coach Bliel and a whole lot more 2010 football stuff in the coming weeks here at CF.

Cyclone Soundoff I’m excited for tomorrow for a handful of reasons. The first is obvious. Top-ranked Texas will invade Hilton Coliseum to take on the Cyclones in men’s basketball. The second reason is that tomorrow night will be the debut our new program on 1460 KXNO, Cyclone Soundoff presented by the Ridgemont Bar and Grill in Windsor Heights.

On your way home from Hilton Coliseum, tune into 1460 KXNO (about a half hour after the game) for your chance to call in and talk with me about the night’s game. The reason this show is happening is greatly due to the success of this website. All you have to do is take a look at one of our postgame threads to realize how passionate Cyclone fans are about their basketball program. Now, you’ll have a handful outlets to talk Cyclone hoops, through CycloneFanatic.com, 1460 KXNO and streaming live at kxno.com. I look forward to hearing from each and every one of you tomorrow night!

Some afternoon links First of all, if you haven’t already, check out this short interview that I recently did with former Cyclone quarterback Bret Meyer.

Meyer has great perspective on Iowa State athletics. I honestly believe that if he wants to, he has a future in this Cyclone commentary thing.

Here’s a link that another Fanatic posted concerning the rest of the Big 12 basketball season. This publication has Iowa State going 4-12 in the conference. Let’s hope that isn’t the case.

I missed this link in this morning’s piece. For the record, I have never been a huge fan of the sport of wrestling. However, I certainly respect it and am getting more and more into it since coming back to the area. I love Kevin Jackson and the job he is doing. One of CF’s hottest topics this week has been about some post-match antics that went down during Saturday’s dual between the Cyclones and Iowa.

Here’s link from the Register’s Rob Gray that breaks down this rivalry even more. Did anybody else watch that blood bath between Oklahoma and Oklahoma State last night on Big Monday? Maybe the Sooners are an NCAA Tournament team. Heck, I don’t know.

Here’s a solid link about that specific game though. That’s all I’ve got for now. 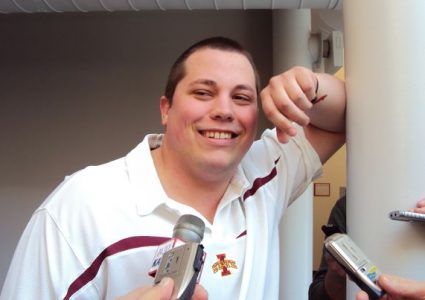 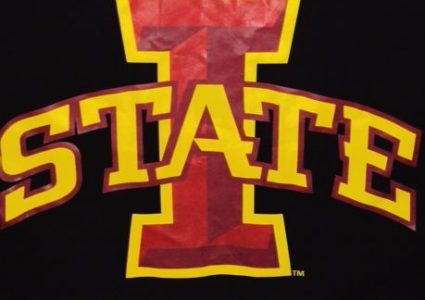