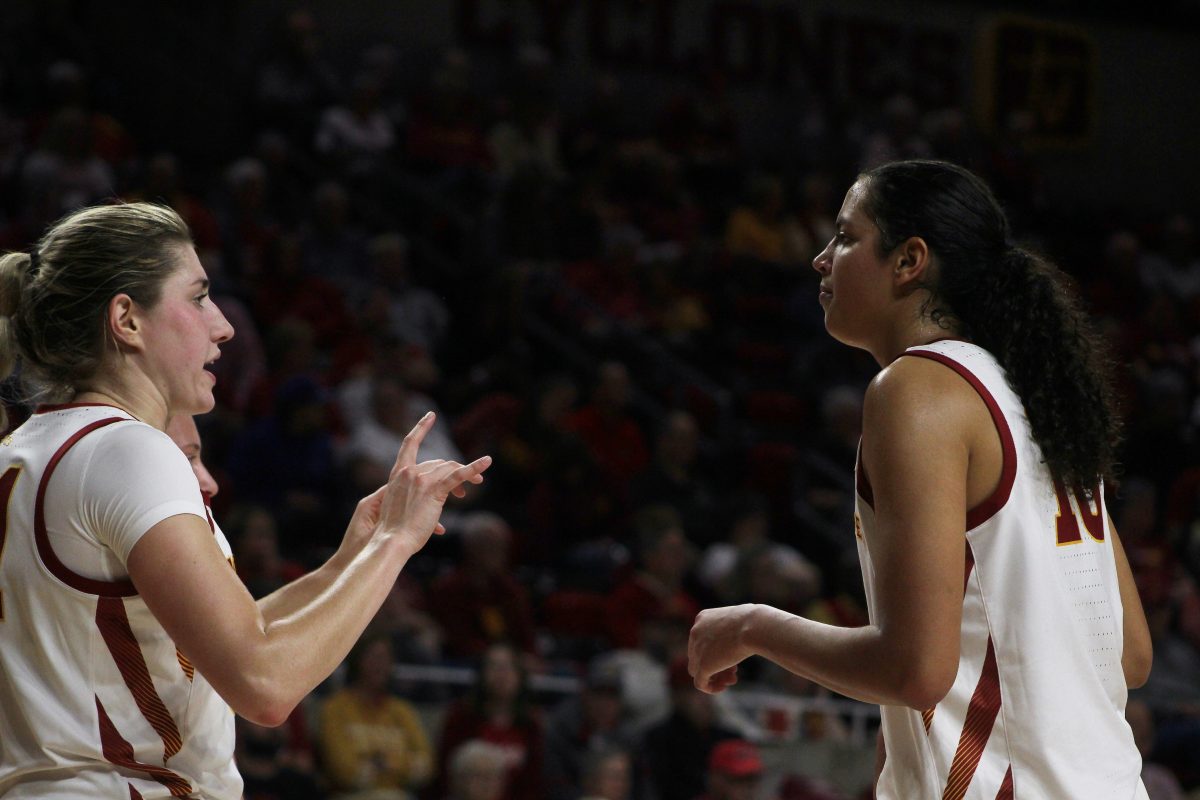 AMES, Iowa – No. 8 Iowa State’s 6-foot-6 NAIA transfer in Stephanie Soares looked the part to say the least in the team’s 104-47 win over Winona State Wednesday at Hilton Coliseum.

The Brazilian post player tallied 26 points and six rebounds, connecting for four 3-pointers in the game.

“(Soares) is really skilled,” coach Bill Fennelly said after the game. “I think she’s learning the pace. She’s learning what it takes to play at this level. She’s giving us a dimension we haven’t had and I think she (creates) balance on the team.”

It’s exactly how a player with her resume should look while playing on a top 10 team against a Division II program, but nonetheless, should excite Cyclone fans.

Soares was the focal point – and the biggest question mark – remaining on a roster that returns nearly all of its scoring from a Sweet 16 run.

“Steph is unique, and her skillset is unique,” Fennelly said. “She made three 3-pointers in the second half. Hopefully we can find some ways to incorporate her more at both ends of the floor a little bit better.”

The Brazil native and transfer out of California’s The Masters University, Soares is hardly in a familiar spot.

That didn’t stop her from fitting in.

“I think it went pretty swimmingly,” Soares said. “I’ve been able to connect with the girls and its been extremely fun playing with this team.”

The post player joined three other Cyclones that found their way into double figures in Ashley Joens, Nyamer Diew, and Morgan Kane.

Denae Fritz scored nine points in her return to action, all of which came on three’s.

Maggie Vick and Beatriz Jordao did not play in the game, as each of them are battling injuries.

The No. 8 Cyclones will officially open the season on Monday morning during a Hilton Coliseum doubleheader. The women are scheduled to tip off against Cleveland State at 11:00 a.m. on ESPN+ 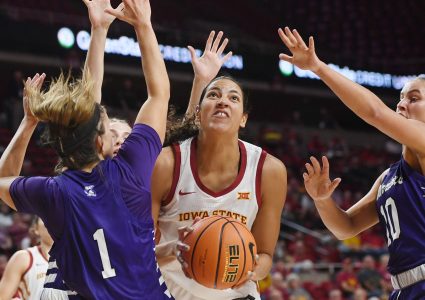 Stephanie Soares to miss remainder of season with torn ACL 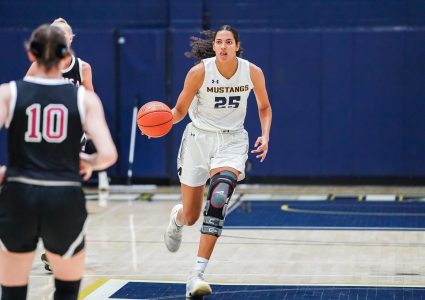 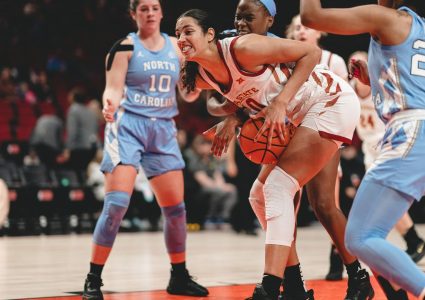