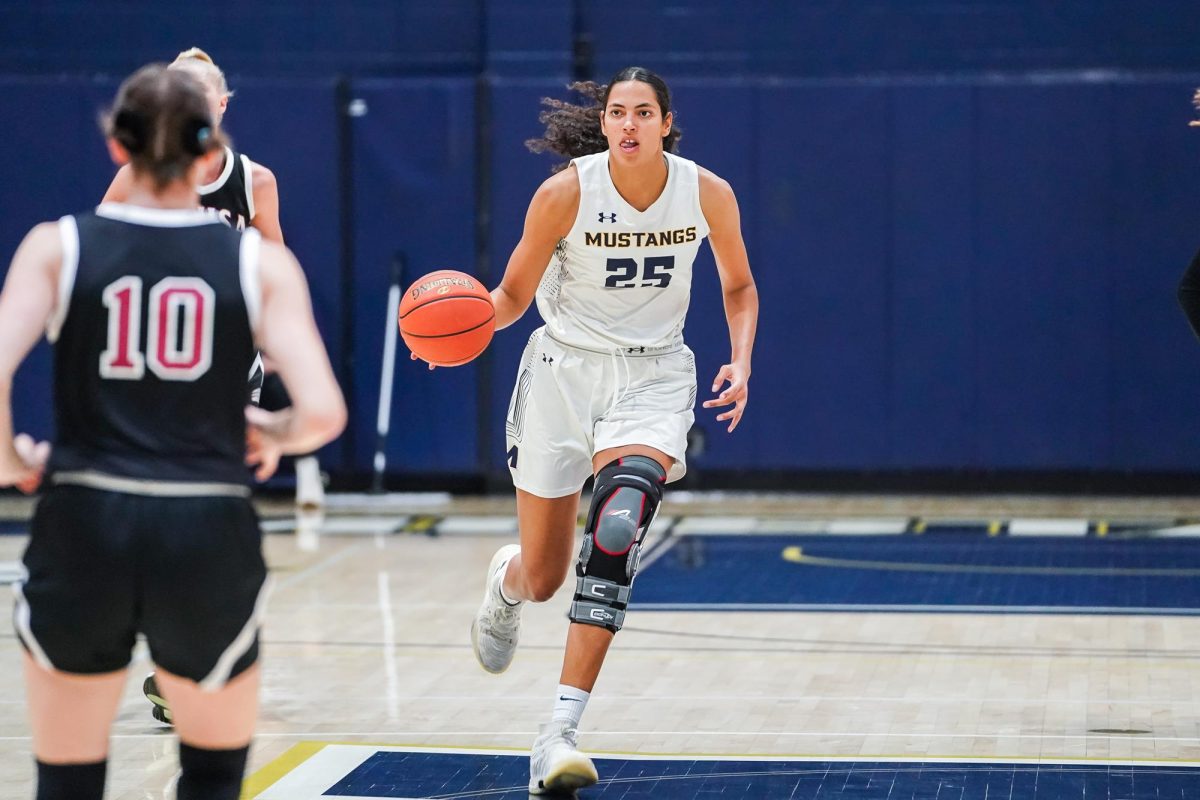 She played for the Brazilian women’s basketball national team as an 18-year-old and chose to play at The Master’s University despite being a five-star prospect.

She won NAIA Player of the Year, tore both her ACL and MCL, and then won the award a second time.

“She’s one of the best kids I’ve ever coached,” former TMU head coach Dan Waldeck said. “She never complains. There’s zero drama. She’s a great teammate. She wants to be on the court but any time she wasn’t she was waving towels for other people. I couldn’t speak higher of her character and who she is as a person.”

There are many words to describe Soares’ path to Iowa State. Maybe the best for it is simply, ‘unique.’

Soares was born into a blue-collar family in Brazil. Her mother played college basketball at the University of Texas while her father played and eventually coached at The Masters.

It’s what landed her at the school – one with an enrollment of fewer than 2,500 people – to start her collegiate career.

“Being in a big family environment – it was nice to know somebody to help you out with stuff like groceries,” Soares said. “It was always the goal. The place was The Master’s. Other doors opened up, but (I) still kind of wanted to follow (in my parents’ footsteps).”

That’s not where the uniqueness of her story stops, though.

While she was still in high school, Soares was playing on the international stage. She learned and developed with the Brazilian national team before playing her first collegiate game.

That was when she realized that she could play professionally in the future.

“I think after playing for the Brazilian national team, I realized it,” Soares said. “We did a trip and all of the girls – they were older, much wiser and they had all played professionally overseas. That kind of opened my eyes that I would be able to do this even after college.”

Soares could hang with the best Brazilian players.

That resonated with her – especially in her work ethic.

Following her time with the national team, Soares arrived on campus at TMU for her first season of college basketball.

“I’ve had WNBA and professional players that I’ve coached – she’s as (hard) of a worker as any of them,” Waldeck, a long-time coach at TMU said.

The program is well recognized in the NAIA ranks. During Waldeck’s time at the school, the team was routinely in the top 10, garnered multiple No. 1 rankings in the polls and qualified for 15 tournaments in 20 seasons.

Waldeck coached WNBA mainstay Erin Perperoglou (Buescher) as well, along with a number of TMU players that went on to play overseas.

Through all of the players he’s coached in his career, Soares was one that stood out over the rest.

“She came in and she was kind of a unicorn,” Waldeck said. “She could have easily came in with an ego and say ‘I don’t need to work for anything.’ She was the most humble kid – a humble and fierce competitor. She doesn’t want to have all of the shine. She just wants to produce the product.”

In her first game at TMU, Soares broke the school’s single-game block record.

“She was dominant from the start,” Waldeck said. “She had a triple-double with blocks a couple of times (during her freshman year).”

Soares helped the team to a 28-7 record with a trip to the national quarterfinals in her first year of play.

In her second season, she took home her first NAIA Player of the Year award.

That’s when the tournament was canceled due to the start of the COVID-19 pandemic. Months later, Soares tore both her ACL and MCL while working out.

“It was really tough that season,” Soares said. “It was a lot of time of just not being able to do anything. I was really active at the time and you’re (pretty limited physically). I just focused on my studies.”

Her older sister was still playing for the school, and Soares still attended games.

However, for a person that is as active as Soares, sitting around for extended periods of time can be frustrating.

That’s the type of player Iowa State coach Bill Fennelly is known to get excited about.

“That was one thing that we noticed,” Fennelly said. “She’s very committed to what she’s doing. We know we’re getting a kid that is going to give us her best and I think, as a coach, that’s a great starting point for anything.”

Soares redshirted during the season she was injured and played her third year of eligibility in the 2021-22 year.

She took home a second NAIA Player of the Year award.

The resume of the 6-foot-6 athlete is as stout as possible, but the gap between NAIA and Big 12 basketball will still be something she’ll have to clear.

“She’s had a very unique track to get to this level and I think we’re very excited about the possibilities,” Fennelly said. “The learning curve will be a big one, but I don’t think it’s anything she can’t handle.”

Iowa State is more than willing to take on the challenge of closing that gap.

Soares’ versatility in her game is something that will be utilized.

“She checks off a lot of boxes at both ends of the floor,” Fennelly said. “We’ve had a hard time in the post with lack of size. I think (Soares) will add to that. I think she’ll create some offensive spacing because she can shoot the three. We’re really excited that she’s coming (to Iowa State).”

Iowa State plans on Soares having one year of eligibility left.

After her injury before her third season, she took a redshirt year and would now be on her fourth season of play.

“We’ll try,” Fennelly said on a second year of eligibility for Soares at Iowa State. “We are planning on it being a one-year deal based on everything we’ve heard. Even though it’s a one-year thing, I think it could be really special and I think our fans are really going to enjoy getting to know her as a person and watching her play.”

Iowa State will likely enter the 2022-23 season with a top 10 (or higher) ranking and a Sweet 16 trip soured by Creighton the season prior.

Soares’ goals in aiding what could be another special season are as selfless as she is.

“I just want to be able to help out the team,” Soares said. “They have some very athletic and talented players and I can’t wait to be a part of that.”

The rest of it will become more clear when she gets to Ames.

“She wants to be a professional basketball player,” Fennelly said. “She wants to represent Brazilian basketball and play for their national team. She’s very highly motivated.”

“I can’t wait to get her here and get to work.” 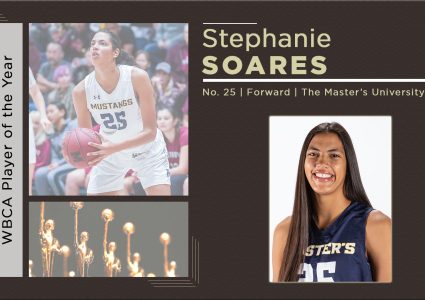 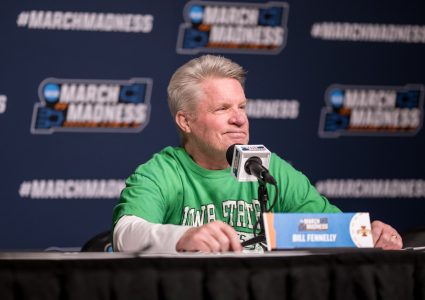 Bill Fennelly on NIL, NCAA Transfer Portal and the state of his roster