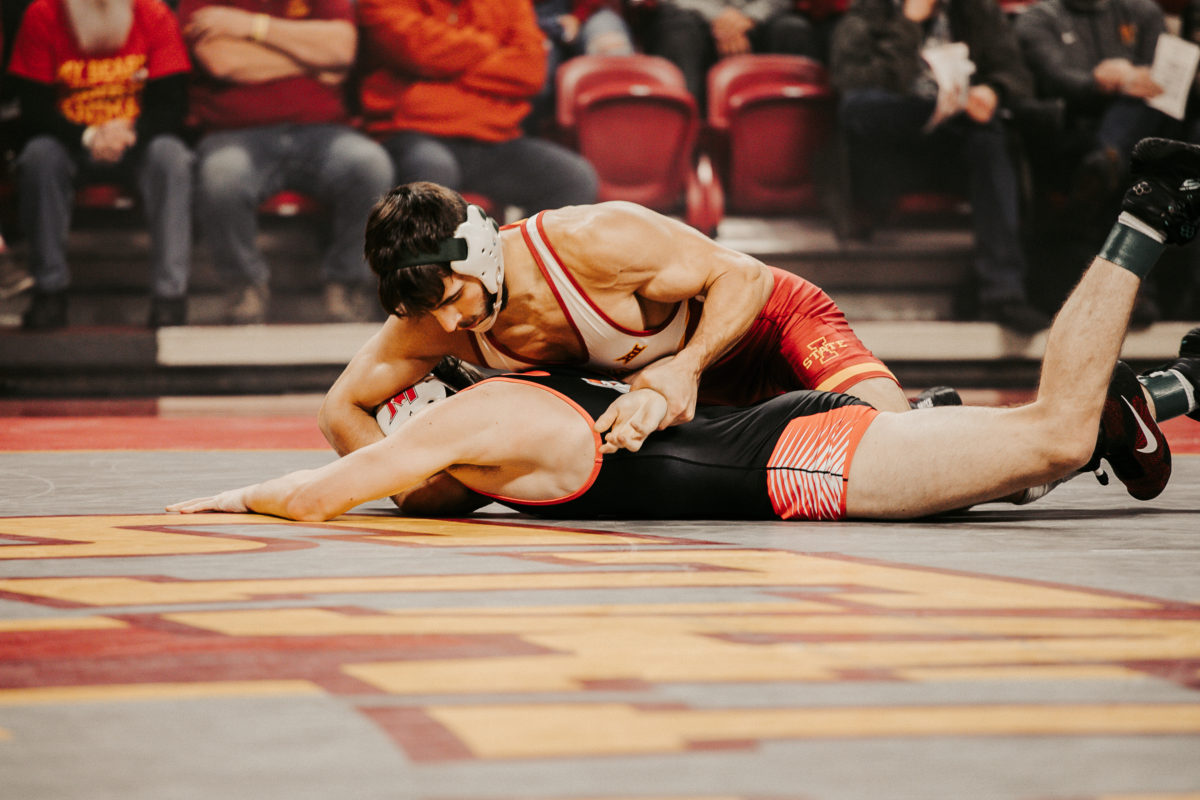 Seven Cyclones earned a fall in the contest, tying the school record set in 1919 (vs. Wisconsin) and 1953 (vs. Grinnell). It marked the second-most points Iowa State has ever scored in a dual, just behind the Cyclones’ 57 points against New Mexico in 1998.

Ian Parker started the dual in dominating fashion at 141 pounds, earning a technical fall in the first period over Kyle Adams, 18-2 (2:55).

No. 24 Jarrett Degen gave up two first-period takedowns to Bryce Boumans, but eventually built a 12-4 lead and won by fall in 5:44.

At 157, No. 1 David Carr improved to 9-0 on the year and extended his winning streak to 42 matches with a 17-second pin over Hunter Gonzales.

Isaac Judge built a 16-3 advantage over Richie Lee before he secured Iowa State’s third consecutive pin in 4:39 to put the Cyclones ahead, 23-0, after four matches.

Joel Devine and Jameel Coles went the distance at 174 pounds with Devine picking up an 8-2 decision with 4:27 of riding time. Devine earned a takedown in 17 seconds and road out Coles for the remainder of the opening period.

The Cyclones’ fourth fall of the dual came at 184 pounds when No. 9 Marcus Coleman took care of business in 1:53 against Joshua Miller.

No. 14 Yonger Bastida looked dominant at 197 pounds as he pinned Jayshon Hines in 1:17 to put Iowa State on top, 38-0, with three matches remaining.

Heavyweight Sam Schuyler made quick work of Marlin Miles with an 18-second pin for Iowa State’s sixth fall of the evening.

Caleb Fuessley got his arm raised at 125 pounds in a forfeit victory for the Cyclones.

In the dual’s final match, Kysen Terukina led 12-3 against Sam Blackmon before winning by fall in 4:26 to tie Iowa State’s dual meet record.

The Cyclones return to action Wednesday, Jan. 12 at 7 p.m. against CSU Bakersfield. That dual will be aired live on Big 12 Now on ESPN+.