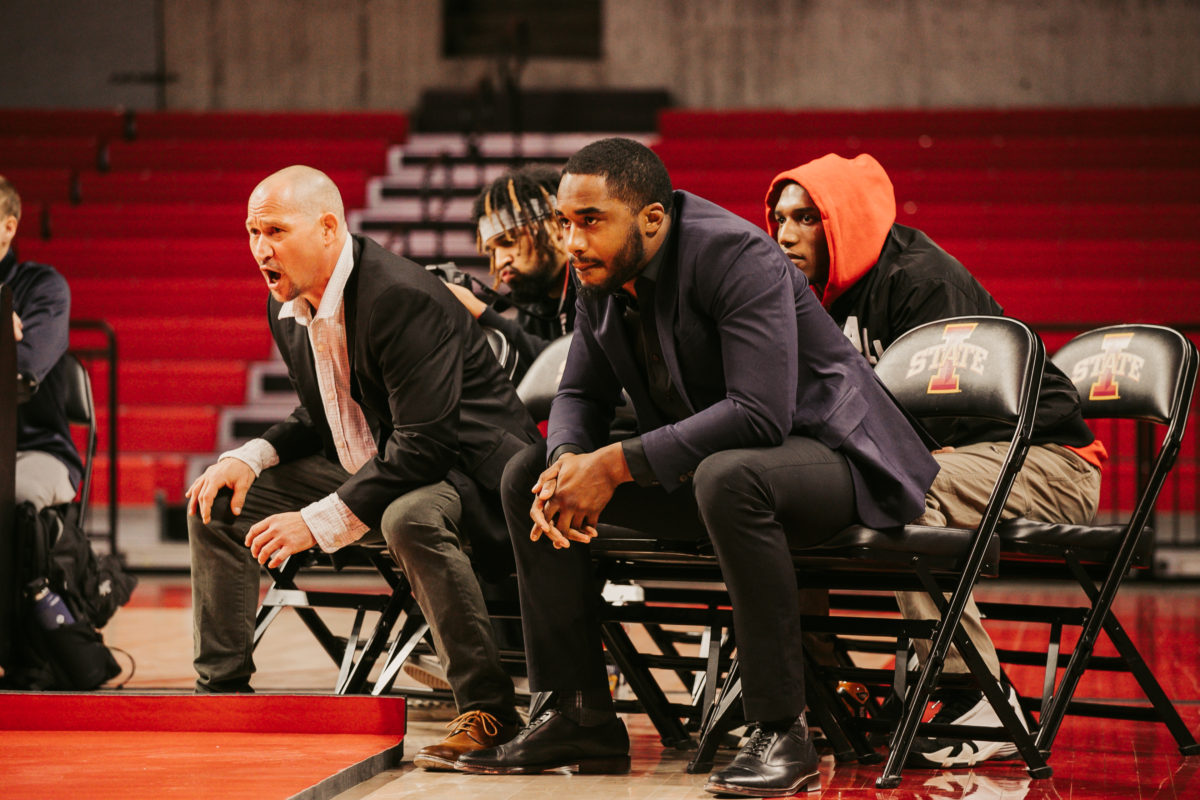 A friendship between head coaches and a former Cyclone, now assistant coach, brought these mismatched teams together to face off in Hilton Coliseum.

Weatherspoon wrestled for the Cyclones between 2012-17 under coach Kevin Jackson. He left a two-time Big 12 Champion and an All-American.

It was a special night for Weatherspoon, not many can say they got the opportunity to return to the mat they once competed on and sit in the coach’s seat.

“I will say, it is different being on the other side, you know, instead of putting on the cardinal and gold,” said Weatherspoon. “It was a good learning experience for me and for the kids. I think they now know what it takes to be DI. Like putting in that extra time in, trusting us (coaches) and just doing everything right and judging by the lifestyles and everything. Sharing this experience with them was amazing.”

Head coach Kevin Dresser felt good about being able to finally make this dual happen after it had been canceled last season due to COVID-19.

“Coach (Chris) Guillot been very, very good to Iowa State Wrestling. He has former Iowa State guy coaching, Witherspoon. He’s had a relationship with the Gadson family and he brought a lot of of his athletes to train in C-RTC over time,” said Dresser. “It’s just something that, when you get good people, and they really want to bring their team to grow, that was his message that this would be really good for his team. So I just felt the timing of it was good and he’s a persistent guy too.”

Although the Cyclones shut out the Mavericks 56-0, there were still smiles post-dual during handshakes.

“We feel like Iowa State’s family to us here at Northwest Tech,” said Coach Guillot. “We’re all kind of connected with each other.”

The opportunity to have Weatherspoon in his corner was also a special element to this opportunity for Coach Guillot.

“Leland is just a world-class person. He’s great. He works hard. He’s a light, light-spirited guy. He really keeps the room light,” said Guillot. “It’s amazing to watch him come here and see all the love from Iowa State fans and the people that watched him wrestle and the respect they have for him. It’s really a nice thing.” 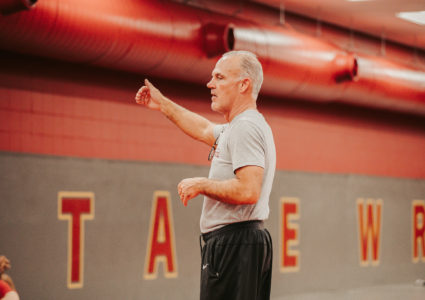 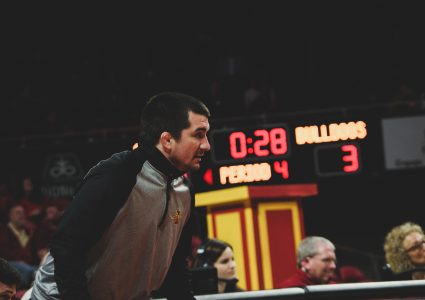