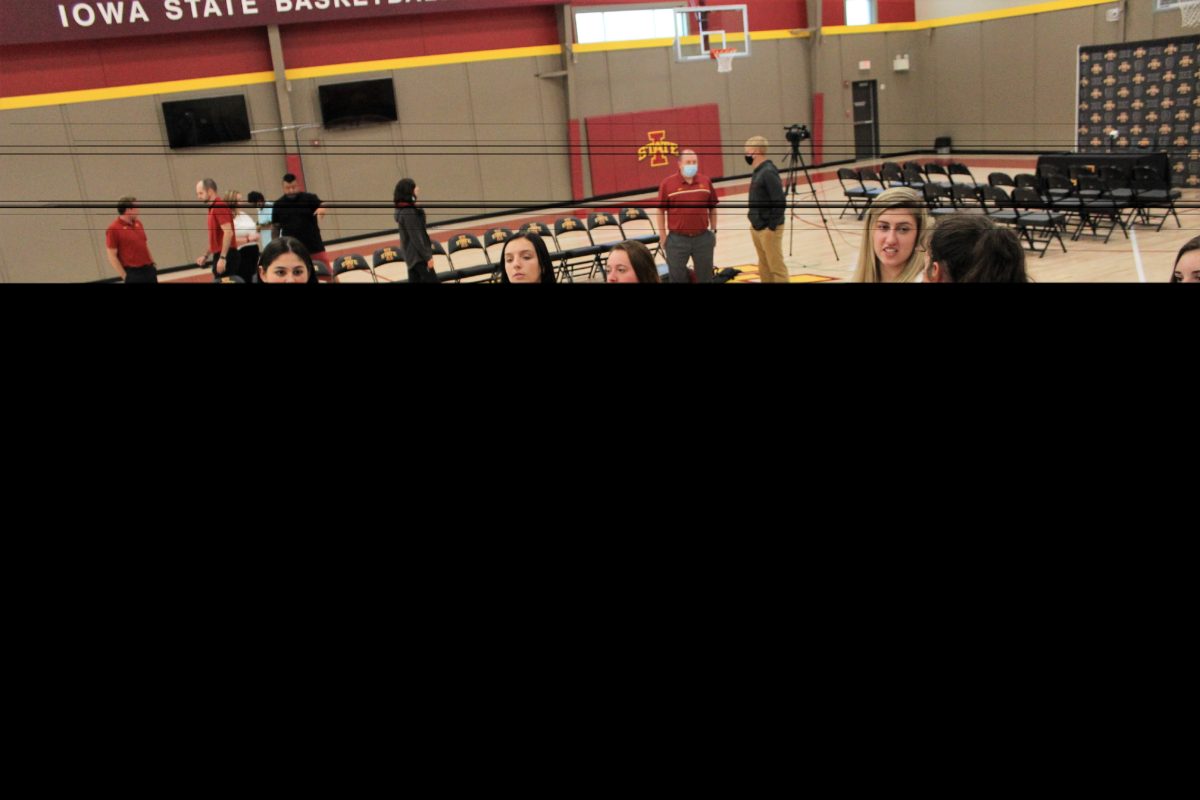 With a roster of 13 players, five of them being newcomers, there’s no shortage of things to talk about. We’ll touch on a bit of everything here.

We’re still almost a month away from the start of the 2021-22 season, so the AP Poll has not yet been released. However, Lindy’s Preseason Magazine has ranked the Cyclones as the No. 12 team in the nation coming into the year.

With scheduled opponents Iowa and Baylor expected to open the year in the top-15 as well, there is going to be a plethora of big-stage matchups for the team in the 2021-22 season.

Only a handful of practice sessions through the early season so far, the Cyclones still have a lot of questions to answer.

Your guess is as good as ours.

Iowa State has four post players to use as options coming into the year: Morgan Kane – a redshirt junior returning for her third season, Izzi Zingaro – a Canadian who arrived on campus early last season, Beatrice Jordao – a transfer from South Florida, and Maggie Vick – a highly touted recruit out of Tennessee.

“All of our post players are behind for different reasons,” Iowa State coach Bill Fennelly said on Wednesday. “Whether it was injuries, Team Canada… all of our post players — we’ll be doing it by committee. I’m a numbers guy. We’ve got to get to 200 minutes. We’re about 72 minutes short, right now. 40 of those minutes come from the five position.”

Fennelly doesn’t know where he’ll go for his look in the post. With the departure of Kristin Scott, there isn’t one single player that will take over the spot.

He did concede that Kane would be the starter if the team played a game that night, however, it is far too early to look at who will come out on top.

Expect a healthy mix of the four players at the spot during the non-conference portion of the season.

Bill Fennelly is known for looking for a sort of x-factor for his team going into the upcoming season.

“I haven’t figured it out completely, but if I had to guess it’s Aubrey Joens,” Fennelly said. “Aubrey is related to Ashley (Joens) and that’s about it – her personality is different. Her game is different. Her view of the world is different. She’s got to guard a little bit better and handle (the ball) better. Yesterday in practice, she went 9-10 from the 3-point line during a scrimmage in practice.”

With the NCAA moving the 3-point line back, Fennelly thinks she’ll be even more valuable to Iowa State this season.

“When you have someone – especially now with the 3-point line moving nine inches back – the kids that are struggling to shoot the three are going to struggle even more,” Fennelly said. “So, she can change our team. I really do believe she can.”

A pair of Tennessee Talents

Iowa State is used to having multiple talents from different countries on a Fennelly-coached roster.

This season, the Cyclones come in with a pair of players out of the state of Tennessee.

The aforementioned post player in Maggie Vick as well as Denae Fritz will look to help the team as they transition to the college game together.

“The Tennessee thing, yeah, I don’t know how it happened,” Fennelly said. “Billy (Fennelly) has a connection there and Alexa Middleton helped – so people at least knew who we were. Like anything in life, it’s about relationships, people that you know and trust you. They’re both great kids and we’re lucky to get the two that we got because they’re both going to play. If we had a game tonight, Denae would start.”

Iowa State returns three players from its boom of a 2020 recruiting class to the team.

After losing Kylie Feuerbach as a transfer to Iowa, the trio of Emily Ryan, Lexi Donarski and Aubrey Joens will be big pieces to the puzzle.

Both Donarski and Ryan were given preseason All-Big 12 honors and started nearly every game a season ago.

We’ll have more coverage from media day in the coming days and weeks as the Cyclones approach their November 4 exhibition game against Wisconsin-River Falls. 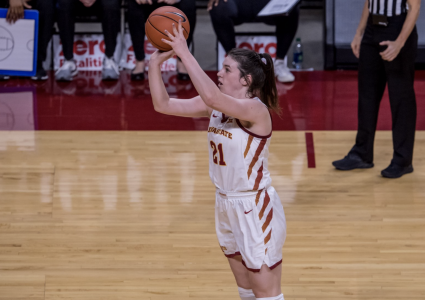 WBB: No. 25 Cyclones look for first road win of season against Kansas