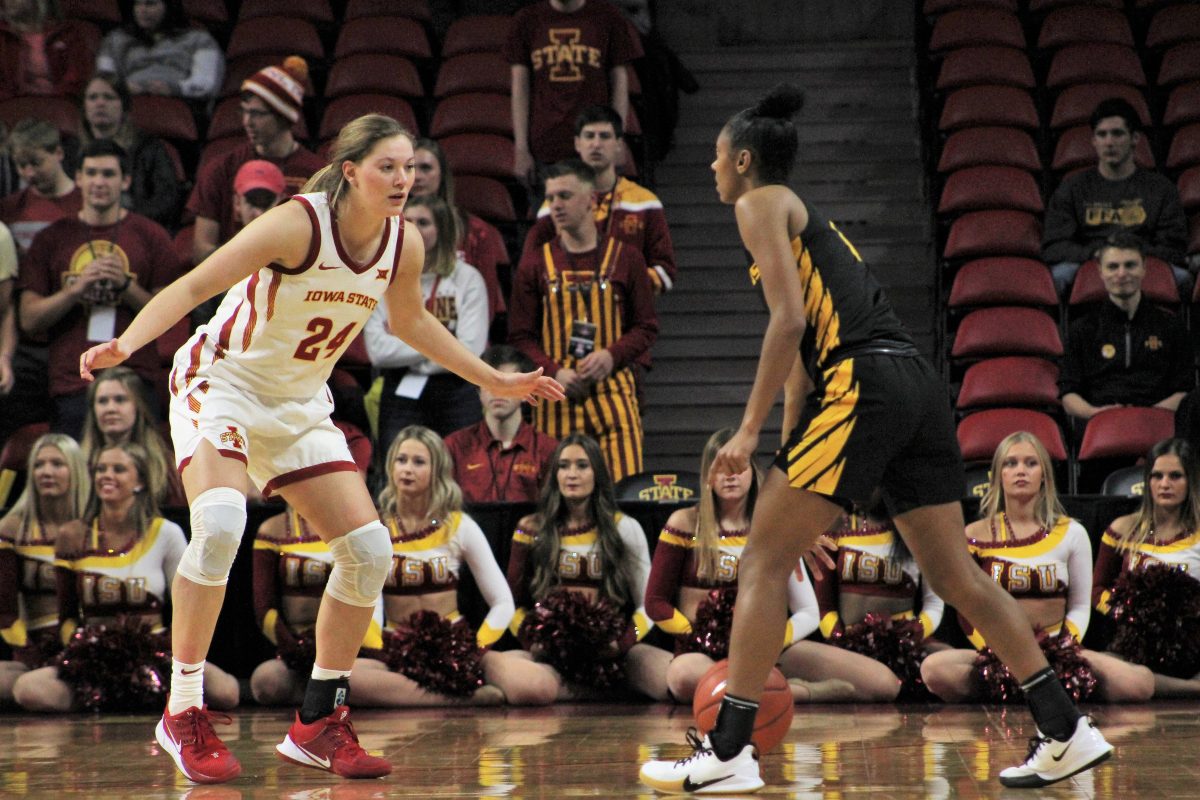 AMES — Iowa State played a basketball game at Hilton Coliseum on Wednesday night without Bridget Carleton for the first time in quite a while.

One of the biggest questions leading up to it has been who will step up to replace the former All-American player?

Ashley Joens showed she has some potential, leading the Cyclones with 19 points and nine rebounds to an 87-54 exhibition game over Missouri Western State. The biggest part of that was eight of the nine boards coming in the first half.

“They had a lot of smaller post players, so we were just attacking them and getting them to drop in,” Joens said.

The Cyclones are usually a team that plays to the strategy of their opponent, looking to expose the other team’s weaknesses before overly worrying about their own strengths.

Because of the size advantage Iowa State had, the Cyclones utilized putting the ball under the rim a lot and finished the game with only nine shot attempts from behind the three-point line.

“Usually we don’t score that much unless we make,” Coach Bill Fennelly said. “But, tonight the matchup was such on both the inside and outside that we could get some of that stuff done.”

Wednesday saw the team’s first look at the point guard position during in-game action, something Fennelly had said would be utilized by committee, at least early on in the year.

Iowa State cycled through Rae Johnson, Jade Thurmon, and Nia Washington to each with their own success and misplays.

The biggest challenge of identifying those for the coaching staff, according to Fennelly, was making sure that experienced players like Joens and Madison Wise were on the floor when they were out there.

“If you’re a point guard on this team, you’re going to play better with these two,” Fennelly said. “So we had to make sure that [each of the three point guards] got minutes with [Wise and Joens], otherwise it’s not really fair to evaluate.”

One wrinkle in the mix of the point guard position was that of freshman Maggie Espenmiller-McGraw.

The former Southeast Polk star missed eight practices in the early part of the season due to illness that hindered what she was able to learn leading into the game.

Although Fennelly saw a lot of things she could improve on, Espenmiller-McGraw looked phenomenal on the stat sheet.

She finished the night with 15 points and played 26 minutes for the Cyclones – a team high.

“We played [Espnemiller-McGraw] there a little bit, but we’ve kind of gone away from it,” Fennelly said. “She can score, when we recruited her we knew that. Like a lot of young players when you can’t shoot, you have to take care of the ball better, you’ve got to defend better: those are things that we’ve really stressed.

Fennelly said that Espenmiller-McGraw has a very high basketball IQ, and the team has made the decision to play her more off the ball.

She’ll be coming off of the bench a lot early on, too.

“She can go in for [Camber], [Wise], [Joens]… anyone,” Fennelly said. “She’s going to impact our team. She’s an important part of the team and the 26 minutes she played wasn’t a gift. We’re going to play her a lot and hopefully every day she just gets better and better.”

Fennelly compared her a little bit to where Joens was coming into her freshman season with the Cyclones. Both players starred on their Iowa high school basketball teams and scored a lot in their career before coming to Iowa State.

“We just have to get her to understand the other parts of the game,” Fennelly said. “I think she’s going to have a great career here and it’s already started. People saw glimpses of it tonight.”

In the front court, Ines Nezerwa got the start at the No. 5 spot for the team and split minutes with Morgan Kane. Each finished with 19 minutes played and Nezerwa came up just short of her career high (18) finishing with 14 points and a perfect 6-6 mark from the charity stripe.

“[Nezerwa] and [Kane] are going to be big parts of our team. You’ve got to get something out of the post and I thought in the second half, [Nezerwa] was really good and in the first half, [Kane] was good. If it’s by committee, that’s ok too.”

The team still managed to score with ease during the glorified scrimmage game, but it’s no secret that they will be helped with the return of the currently injured Kristin Scott.

Scott missed the exhibition game on Wednesday and will be re-evaluated on Monday ahead of next week’s opener.

“Her progress is good,” Fennelly said. “If we had a game this weekend… no. She’s got a chance. Her progress is better than we thought. She really wants to play in the opener, but that decision is made by people a lot smarter than me.”

Looking ahead, the Cyclones have a big game early in the season against the defending Missouri Valley Champions and in-state rival Drake Bulldogs a week from Sunday.

Fennelly said, however, that the opponent of that game or any wouldn’t change how they evaluate her status.

“It’d help [to have her back],” Fennelly said. “But, that’s not going to go into it at all. With any [player], I really defer that to the medical staff and we’re always on the conservative side, especially with a kid like [Scott], she has a chance to be a really special player and you don’t want her out there at 50 percent. Hopefully on Monday, we’ll have a good idea of what we will do. Hopefully, she’s a quick healer.”

The team will tip off its regular season schedule next Thursday, November 7, when they face Southern at Hilton Coliseum before traveling to Des Moines for a big game with Drake on the ensuing Saturday.

“Now it’s for real. We’ll go back to work tomorrow and get ready to open next week.” 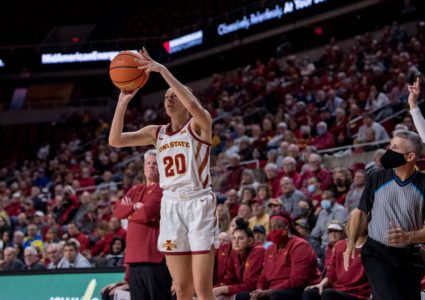