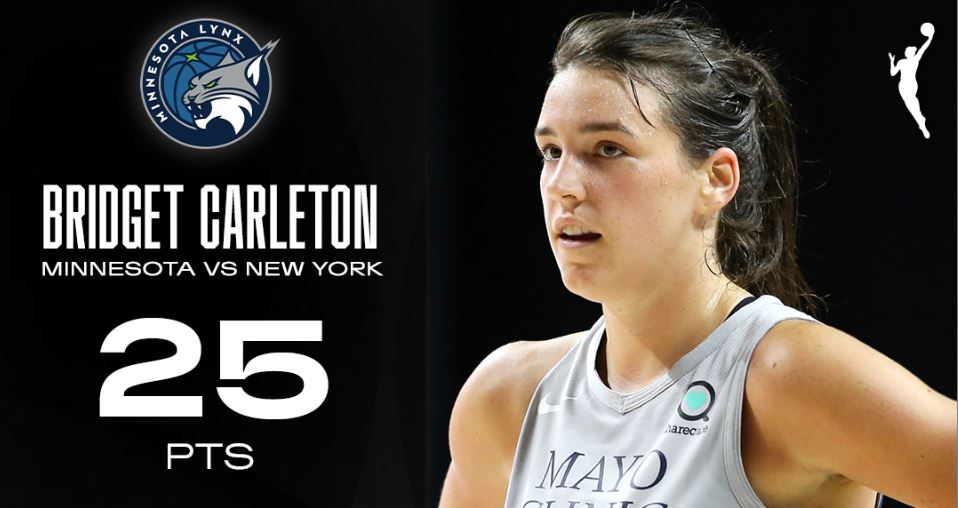 Bridget Carleton was used to putting up big numbers while under the spotlight, but she put a new meaning to it on Wednesday.

The former Iowa State women’s hoops star erupted for a team-high 25 points in her first start with the WNBA’s Minnesota Lynx.

Carleton also added seven rebounds on 11-16 shooting as well as three 3-pointers in the team’s 92-66 win over the New York Liberty.

The performance is believed to be the highest amount of points ever scored by a former Cyclone in a WNBA game.

She’ll be remembered as one of the best players the program has ever seen and she made her former coaches proud on Wednesday.

The win helps the Lynx improve to 4-1, putting them in a tie for first place in the Western Conference after five games.

Carleton and the Lynx will continue their 2020 season on Friday as they take on the Indiana Fever at 5:00 p.m. CT. The game can be watched on Fox Sports North plus and fever.wnba.com