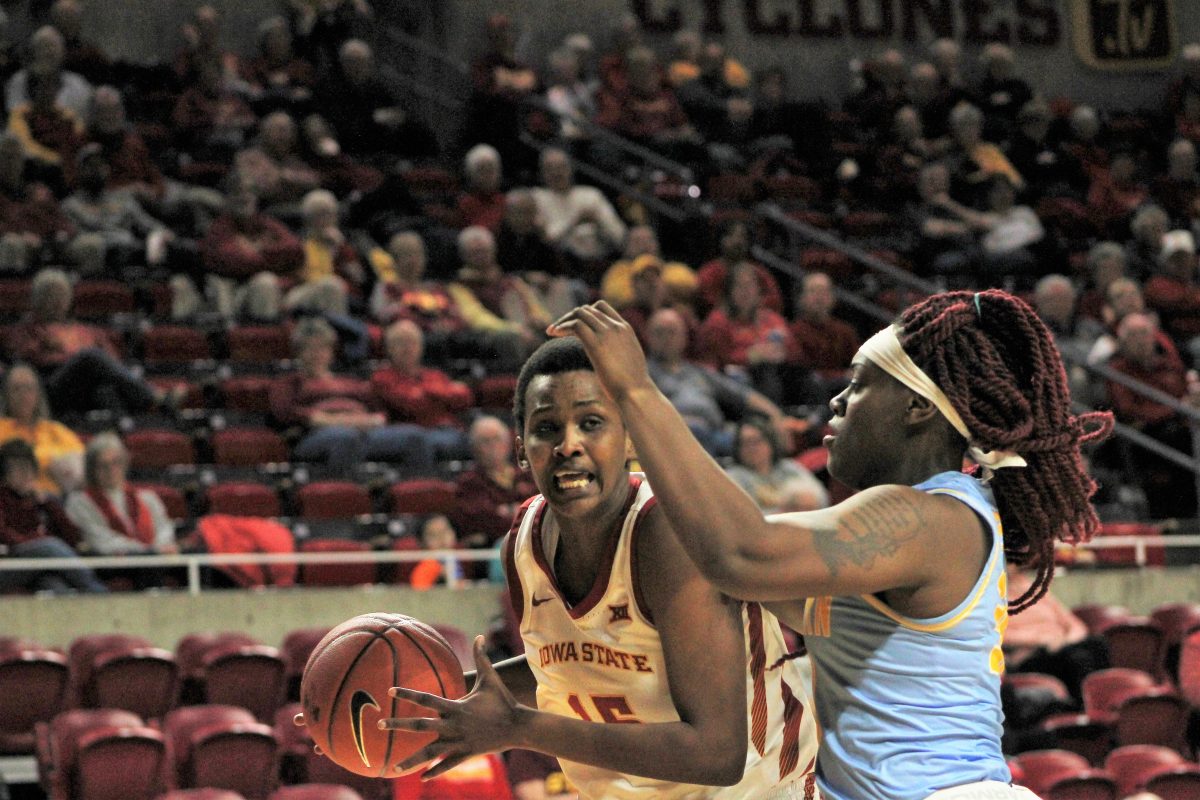 A year ago at this time, Ines Nezerwa took the floor at Hilton Coliseum for what could have been the last time in an Iowa State uniform.

The school had planned to apply for an extra year of eligibility for Nezerwa, but nothing was guaranteed for the post player out of Burundi until a waiver was submitted to the NCAA over the summer.

As Nezerwa reflects on her time in Ames and gears up for her final game at Hilton Coliseum (against Baylor on Sunday, Noon FSN), she’ll be put in an expanded role that could help the Cyclones strive in March.

“I don’t even know,” Nezerwa said when asked to describe what her time in Iowa was like. “It’s hard to put it into words. I’m so thankful for this program, coaching staff, this whole university and everything they’ve done for me. I want to finish strong and give them what they deserve.”

She’s been on a tear and needed to be since junior Kristin Scott reaggravated a back injury that has kept her out of games this season against K-State a week ago.

Nezerwa finished Saturday’s game against West Virginia with 14 points, nine rebounds, and a 6-11 shooting mark from the field to help her team squeak out the win.

On Tuesday night against Kansas, she came up with a career-high six blocks in a defensive battle.

“(Nezerwa) gave us what we had to have,” Iowa State coach Bill Fennelly said. “She had been struggling a little bit. We’ve been pushing her hard. I think she knew, without (Scott), that we had been. We were in a desperate situation. That’s what we all as coaches hope that seniors do.”

Nezerwa, as well as her other senior teammate in Adriana Camber, got that trait from Iowa State’s senior class a year ago.

Led by Bridget Carleton, Alexa Middleton, and Meredith Burkhall, the class re-established what the ‘Iowa State Way’ was, and it has translated over to this year’s class.

Camber and Nezerwa – both of which to play at Iowa State from foreign countries – have adapted to the process.

“They showed us the right way to go about our business,” Camber said. “(We want to) continue to build up what they started to have a great, successful year.”

Having impactful seniors is a point of emphasis in his program. She and Camber have brought that.

“Those are the kind of moments that could change seasons – that could change a lot of things,” Fennelly said. “She played hard. She was efficient. I think the one thing about (Nezerwa) is that she really cares and wants to do well.”

It took a lot for the staff at Iowa State to get Nezerwa to Ames from Burundi. It took even more to acquire the extra year of eligibility.

That’s why she wants to do well.

“We’ve had a lot of kids that appreciate the opportunity to come to Iowa State and get an education,” Fennelly said. “I don’t know if I’ve ever had one that appreciates it more than her. Where she came from, what everyone had to go through to get her here – she does not take that lightly.”

Nezerwa will play her final game at Hilton Coliseum on Sunday, but it won’t be her last in a Cyclone uniform.

Because she helped earn it, she and her team are preparing for two tournaments to end their season – just like the last class.

“At some point, it is going to end for her,” Fennelly said. “Hopefully it ends in a way that she feels very good about.”