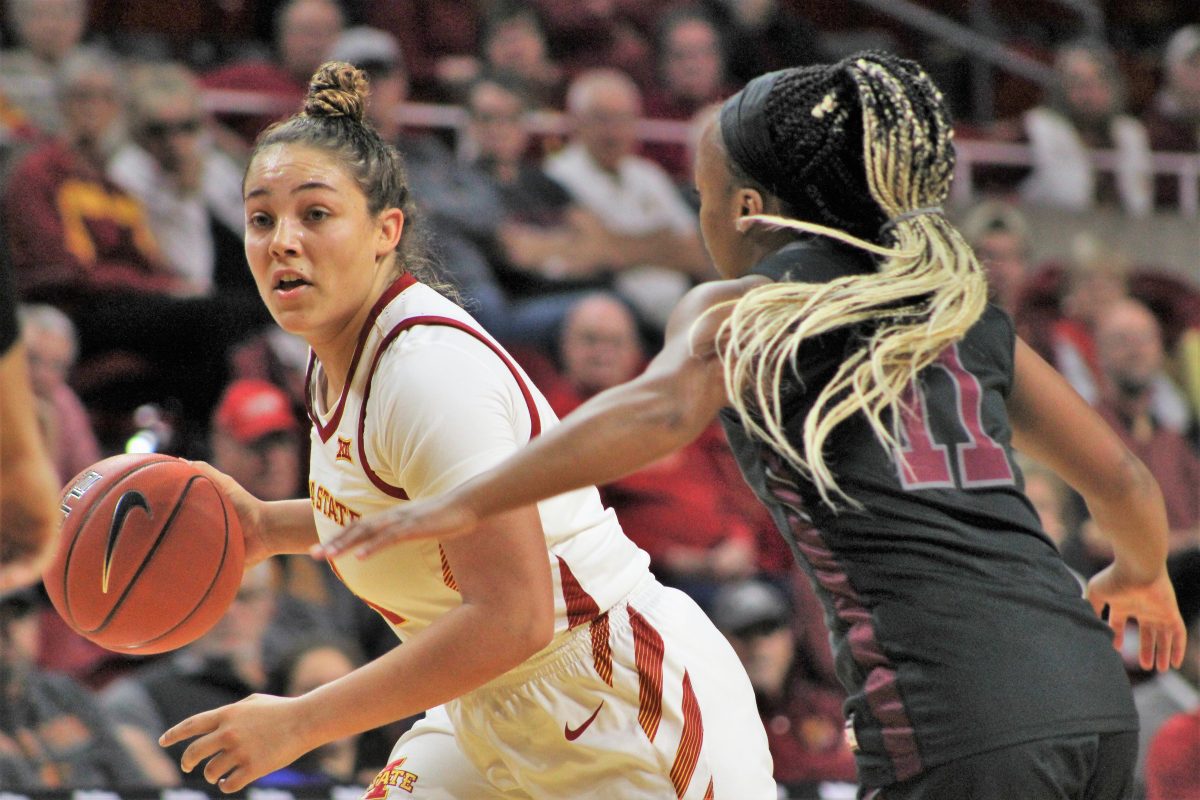 Heading into Big 12 play, the Iowa State women’s basketball team is not in a favorable spot.

The Cyclones have battled injuries throughout the year. They are without a junior that averaged 25 minutes per game when she was healthy. They played with a six-man rotation in their last game.

It’s a not a position any team wants to be in going into its first conference game against Texas Tech on Friday (7:00 p.m. FSSW).

“[The lineup] varies,” Iowa State coach Bill Fennelly said about his six-player rotation. “Obviously, you don’t want to. It’s a long season. We have three times where we play three games in [the same] week. When you start looking at 18 games like this and logging minutes, you have to be smart.”

However, that’s just where the Cyclones are at right now. They don’t have enough Big 12-ready bodies to go to battle.

Even when Fennelly and his staff thought they had their seventh in Maddie Frederick, a stress fracture was discovered in her foot.

“We were practicing Frederick a lot and obviously, she is hurt now,” Fennelly said. “We’re trying to get [senior and former JUCO leading scorer Jade Thurmon] more time. They’re all getting reps in practice.”

Madison Wise, on the other hand, was being re-evaluated for migraine issues during interviews on Thursday. We won’t have an update on her status until a later date, further pushing back a return.

The only thing known for sure is that Wise will not play on Friday night – which was the original plan dating back to Iowa State’s Dec. 15 game against Wright State.

The rest of the roster simply isn’t ready, at least not for now.

“It’s just, at what point do we throw them out there in a game if they’re not quite ready?” Fennelly said. “Hopefully we’re going to get better and we can count on them to give us some minutes and rest the starters when we need to.”

The silver lining for Iowa State is the emergence of different players in different roles than they were in last season. Maybe the biggest, aside from the monstrous scoring increase of Ashley Joens this year, is that of junior point guard Rae Johnson.

The Minnesota native has gone from a small blimp on the radar to an X-Factor that could win the Cyclones an extra game or two in conference play.

“When you look at our roster now, [Johnson] is going to have to log a lot of minutes,” Fennelly said. “We’re counting on her to do a lot of things. She’s going to have to have a good next couple of months for us to really compete in this league.”

Johnson has been quietly increasing in almost all of the major statistical categories… especially minutes. She played the entire 40 minutes, minus one, on Monday against North Alabama, hitting all eight of her free throws and finishing with 16 points.

“They’re have still been a lot of ups and downs,” Johnson said. “I’ve improved a lot. I need to limit my turnovers.”

That was part of the sit-down conversation that Fennelly had with Johnson over the summer going into the year. He knew that Iowa State was going to see an upheaval in the necessity of each player’s role to be competitive this year, losing three astounding seniors. Everyone was going to need to step up.

He left his players, including Johnson, a choice. To be competitive and grind getting there, or be one of the rare ISU teams that misses the NCAA Tournament.

“In this position, especially this year, it can go both ways for our team,” Johnson said. “The jump that I wanted to make, was being a team leader and make this team be successful. I want to be successful for me, individually, and as a team.”

Iowa State had lost transfer point guard Alexa Middleton – who proved to be almost as vital to the team’s success as Bridget Carleton by the end of the year.

Johnson had to make the leap.

“We challenged her because she was at a point where she had to make a decision on whether she was going to impact this team,” Fennelly said. “Looking at where we were, needing a point guard, we were at a really critical point. To her credit, she has done a good job.”

Johnson said that the meetings helped change her mindset. It eventually helped her have the confidence to flip the switch.

It couldn’t have come at a better time now that the Texas Tech game has arrived.

The conference season is here and, according to Fennelly, guard play might be the most important thing for his squad.

“It’s really big,” Fennelly said. “I think any time you go into a game and feel like your guard play is solid to good, you’ve got a chance. That’s the way this league is.”

The Cyclones will be tasked with trying to stop an undefeated Red Raiders squad who beat Ole Miss by 36. The team is led by a Big 12 first-team post player in Brittany Brewer and last year’s conference Freshman of the Year, Chrislyn Carr.

“They’re playing with an amazing level of confidence,” Fennelly said. “They’ve added some pieces. I think the biggest thing is that they have seven kids that can put 20 on you. They’re balanced offensively.”

Although Texas Tech finished near the bottom of the Big 12 a season ago, they’ve changed their ways this year, it seems. The Red Raiders turned a squad that finished 4-14 in the Big 12 and managed to lose winnable games into one that can score and close them out with ease.

“When you’re 11-0, you’re playing with a great amount of confidence, and I think that’s what they’re doing right now,” Fennelly said. “They were really good last year, but they couldn’t finish as many games as they’d have liked. They’re finishing games now.”

The telling stat for Iowa State on Friday will be to see if the Cyclones have enough bodies to finish off this one.