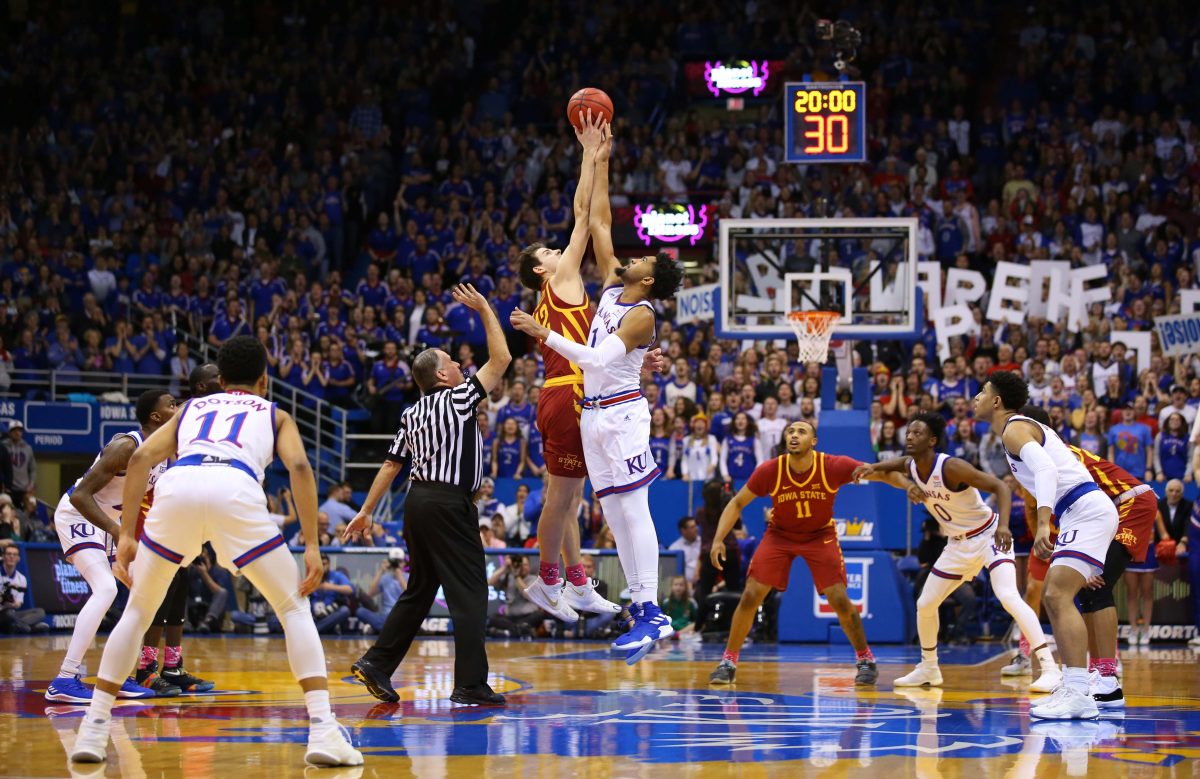 Everything the Jayhawks do revolves around Udoka Azubuike.

Even though Devon Dotson is currently ranked No. 3 in KenPom‘s national player of the year rankings, it is Azubuike who elevates Kansas to being a national title contender. He is one of the biggest mismatches in all of college basketball.

Coming into Wednesday night’s game, Azubuike has missed 17 shots from the field. All season. He was 6-of-6 from the field in the Jayhawks’ Big 12 opener against West Virginia, which pushed him above 80 percent shooting from the field this season, which is truly ridiculous and puts him on pace to set a new single-season NCAA record.

“Last year, they didn’t have Azubuike and that changes their team,” Iowa State head coach Steve Prohm said on Monday. “He’s a guy that you’ve really got to prepare for. Man, zone, everything, because of his size and physicality around the basket.”

Despite this being his fourth college season, this game will be just Azubuike’s third game against Iowa State. He is a combined 13-of-15 from the field in those first two contests.

The last time he faced the Cyclones, in mid-February 2018 in Hilton Coliseum, he went 9-of-10 and scored 19 points.

Iowa State is obviously not the only team that has been physically dominated by Azubuike in his career, but he has been especially dominant in those prior two games. How do the Cyclones counteract that dominance?

There is no easy answer. It will more than likely require Iowa State’s frontcourt trio of George Conditt, Solomon Young and Mike Jacobson to play perhaps its best game of the season.

Otherwise, it might spell another massive day for the nation’s leader in field goal percentage.

Kansas’ offense is among the best in college basketball this season, but the thing that sets this team apart as a potential national title contender, besides just Azubuike’s presence, is its play on the defensive end.

The Jayhawks enter Wednesday’s game ranked No. 2 nationally in adjusted defensive efficiency, according to KenPom. They have allowed more than 70 points just once this season, and that was in an overtime win over Dayton.

Kansas’ offense is very good, but the defense is what makes them elite, which makes it imperative that the Cyclones match Kansas’ intensity on each end of the floor. That is obviously the case in almost every game, but especially this one where the Jayhawks will have a pretty decided talent advantage over the Cyclones.

If the Cyclones do not come out playing as hard or harder than the Jayhawks, it could lead to a very long night for the Iowa State faithful.

Since the start of the 2017-18 season, Iowa State has lost 13 games in Hilton Coliseum.

The Cyclones’ once impenetrable homebase has started to show cracks in recent seasons and this is a year when that simply cannot be the case in Big 12 play. It feels as though road wins are going to be hard to come by this season so defending the home court at every possible moment will be crucial if the team hopes to make any sort of run at an NCAA Tournament berth.

“You’ve got to win your home games in conference. Shoot, last year, it’s odd, because we’ve had a couple teams that are right around .500 in league play on the road or close. A couple teams. That shows you’ve got toughness. That shows you’ve got character. You don’t win on the road in this league if you don’t have toughness and character and good players,” Prohm said. “I don’t know what it is. I know last year, we last several close ones at home and we were able to respond on the road. Wednesday is big. I know it will be, and as much as you hear the noise out there, you also get a lot of really, really great support, so I know Hilton will be phenomenal.”

The atmosphere in Hilton will be unlike any this team has seen this season outside of possibly the Iowa game. In that game, the Cyclones got punched in the mouth early on and made it hard for the crowd to stay in the game outside of the first few minutes.

A hot start to the game and maybe a dunk, 3-pointer or big-time hustle play on the defensive end could go a long way towards getting the crowd involved and some momentum early on. Dig yourself an early hole and the atmosphere will likely become more somber than celebratory.

“There’s nothing like playing Kansas in there. It will be electric. It will be fun. We’ve had great success against Kansas over the last eight years. They are, obviously, 14 of the last 15 years, they are the top tier team in our league,” Prohm said. “We’ll be ready. We’re going to have to play extremely well. The environment will be great. If you want to make some noise and stick around in this thing, you’ve got to win your home games.” 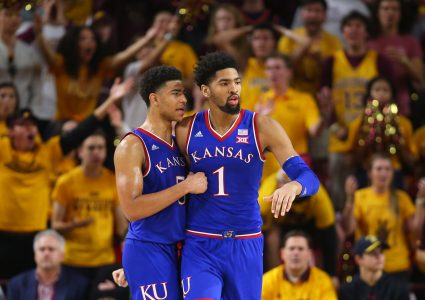