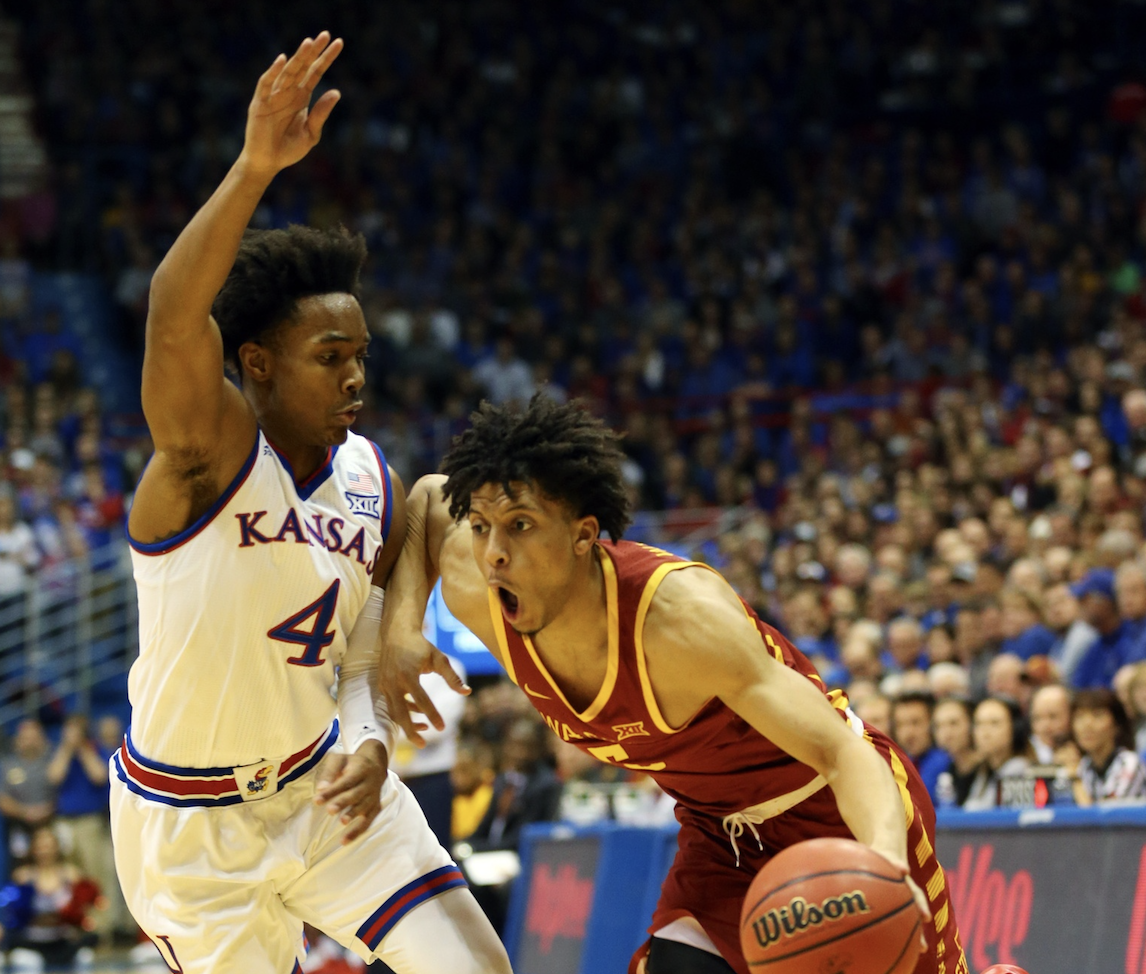 Coming off one of the team’s best performances of the season, Iowa State will roll into one of its most anticipated games with plenty of confidence. On the other side, the Kansas Jayhawks are coming to Hilton Coliseum on Tuesday for a 6 p.m. tip on ESPN2 in an unfamiliar position — second place.

Bill Self’s team has lost two of its last three games pushing the Jayhawks one-game behind Texas Tech in the league standings. In order for anyone to feel confident about Kansas’ Big 12 title streak coming to an end, somebody in the league will have to step up and help the Red Raiders extend that lead.

Now, it is Iowa State’s turn to take a shot at knocking off the conference’s king.

Here are three points on Iowa State’s matchup with Kansas at Hilton Coliseum.

After getting off to a slow start defensively against the Jayhawks the first time around allowing Svi Mykhailiuk to get some easy looks from 3-point range early on, the Cyclones were solid for the majority of the game.

It appeared as though Iowa State focused on limiting Kansas’ stars, Mykailiuk and Devonte Graham, and forcing somebody else to step up offensively. Luckily for the Jayhawks, former five-star recruit Malik Newman did just that, scoring a career-high 27 points and knocking down five 3-pointers.

Newman has not put together another performance like that in any of Kansas’ games since, including a 5-of-16 from the field and 2-of-10 from deep performance in a loss to Baylor on Saturday. I’m interested to see if Iowa State plays similarly to the way they did at Allen Fieldhouse daring Newman to beat them or adjusts somehow to playing more straight-up defensively.

“There’s some things when you go back I wish we would have done differently,” Iowa State head coach Steve Prohm said when asked about adjusting defensively against Newman. “But we didn’t. We stuck true to that and still put ourselves in position to win the game. Just weren’t able to close… Malik played really well. I think that was his first game where I think they were wanting him to step out and do well and he stepped up to the challenge.”

Iowa State’s freshman phenom point guard has seen every test the Big 12 has to offer when it comes to elite guards and each time he has risen to the challenge. Wigginton has played some of his best games when the lights are brightest, including his 26-point performance in Saturday’s win over Oklahoma and presumed National Player of the Year, Trae Young.

Wigginton scored 27 points in his first experience against Kansas and Iowa State will need him to play at a similar level on Tuesday. He reached that level in the win over West Virginia with Jevon Carter, the Big 12’s reigning defensive player of the year, lined up on the other side.

If history is any indication, he will be prepared to elevate his game.

3 — Will the Cyclones’ bigs be slowed by being dinged up?

It isn’t anything new for Iowa State to battle injuries this season, but this will be the first time Lard and Solomon Young are forced into fighting through mild maladies. Both of the Cyclones’ primary frontcourt players got dinged up in the win over Oklahoma, but are expected to be good to go for game time Tuesday night.

That is huge for Iowa State considering the test in front of them in the form of Udoka Azubuike. Kansas’ sophomore center leads the nation in field goal percentage and has recorded five double-doubles this season.

He scored nine points and grabbed six rebounds against Iowa State in Lawrence with the majority of his shot attempts coming in the form of uncontested dunks. Those will be the plays Iowa State has to eliminate in order to keep Kansas from owning the paint.

The idea of limiting Azubuike’s open looks at the rim is slightly frightening if Young and Lard are both hampered by their injuries, but if they’re feeling good and playing well, the battle in the middle could become a wash.

Keeping Azubuike from owning the paint, will force Kansas to beat Iowa State from the perimeter. Despite Kansas’ talent on the outside, that is a battle I think the Cyclones can win when their guards are playing their best. 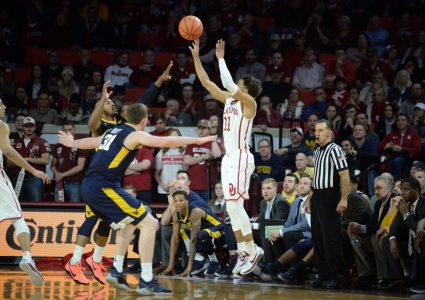