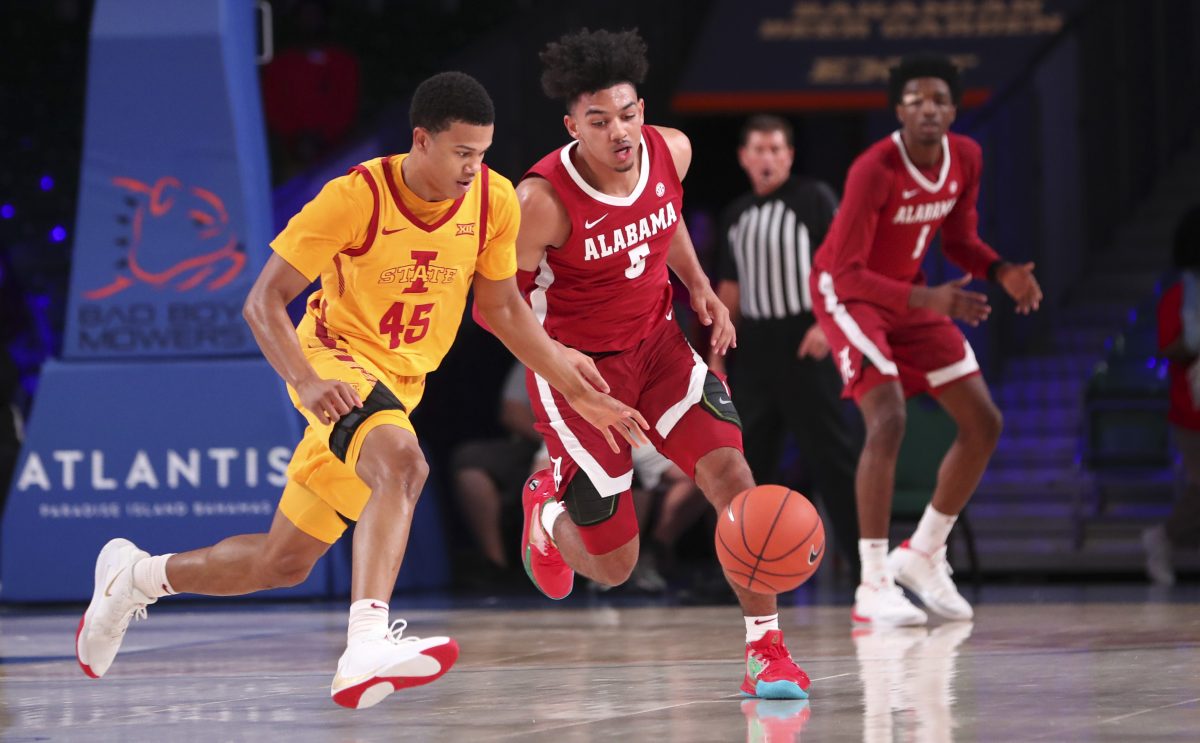 AMES — Rasir Bolton played his best two games in an Iowa State uniform to close the Battle 4 Atlantis last week in the Bahamas.

His message upon returning to the mainland from Cyclones coach Steve Prohm?

More of that, please — especially when it comes to attacking and finishing at the rim.

“I just told him we need him playing downhill,” said Prohm, whose team played well but finished 1-2 at the stacked tournament, with losses coming to eventual champ Michigan and No. 15 Seton Hall. “North-south, not east-west. He’s a guy that can really put pressure on the rim and I thought he really pushed the pace off makes and misses against Alabama, so that was really good.”

Bolton — a sophomore transfer from Penn State — will look to augment is upward trajectory on both ends of the court at 7 p.m. Wednesday against Kansas City at Hilton Coliseum.

The 6-3 shooting guard scored 42 points combined in a win over Alabama and the loss to the Pirates after performing solidly (10 points, four rebounds, four steals) in the Batlle 4 Atlantis-opening 83-76 loss to the now-No. 4 Wolverines.

Bolton shot eight of 12 from inside the arc — and mostly on successful, slashing drives to the basket — in the past two games and also drilled six of 12 3-pointers during that span after starting the season 2-for-20 from distance.

His offensive numbers, per KenPom, are almost all better than they were last season at Penn State, where he finished as the Nittany Lions’ second most prolific scorer.

“I feel like I have the same toughness level, but I definitely feel like I’ve improved,” said Bolton, whose offensive rating his jumped from 96.2 to 105.7. “My body’s getting stronger, more physical, just learning the college game from my first year to now being in my second year. Just always trying to get better. I’m staying in the gym and working on things I need to work on and I’m glad it’s showing.”

It doesn’t hurt Bolton’s development that one of the best point guards in the country, Tyrese Haliburton, is pulling the strings of the offense.

His canniness for the game — along with his length and athleticism — means Bolton and everyone else must be ready at any time to turn a deftly-executed pass into a sure-fire assist.

“He’s a wizard with the ball. He looks for angles, waits for guys to get open, so I just try to stay in open spots. I try to talk to him a lot and see what he looks at, see his reads, so I just try to be here for him whenever he needs me.”

The Cyclones (4-3) will need to be sharp and dialed in on both ends against the Roos (4-2). Prohm called Wednesday’s game the “second-toughest” of the season, given his team is coming off playing in an elite tournament that featured four top-15 teams and it’s a relatively short turnaround.

“When you talk about mentally and emotionally, I think this will be our second-toughest game of the year,” Prohm said. “To me, we played really, really hard, we competed really well at the Battle 4 Atlantis. We came up short — we’re down four against Michigan with 30 seconds to go. We’re down four, six against Seton Hall with 30 seconds to go. One’s fourth in the country. One’s 15th. But you’ve got to come home and take care of business. This is a basketball character game tomorrow. Can we really come out focused? That’s been our biggest goal. We’ve got to play better at home. We’ve got to take care of home this year and do a better job there. And (KC head coach), Billy (Donlon) does a great job. Really have a lot of respect for him as a coach.”

Prohm said his Cyclones must improve in all aspects defensively if they want this season to be special — and if growth in the Bahamas is to translate to hard-earned wins as the conference season approaches and beyond. ISU is ranked 22nd in adjusted offensive efficiency by KenPom, but is 72nd in defensive efficiency.

“We’ve really just got to be dialed in defensively,” Prohm said. “And if we do that, that’ll really make our offense better, but the biggest thing I learned about our guys is I think we can compete with a lot of different teams and a lot of different styles of play. If we can grow on the defensive end and mature and get these guys really focused, then we can have a good basketball team.”

Bolton’s high-end inside-outside game gives ISU a chance to reach its full potential, but first he must ensure he coaxes all of that promise out of himself — and that includes what he does when he’s not driving the lane or shooting 3s.

“Just continue to grow defensively and just continue to challenge him to be more aggressive,” Prohm said. “I told him, ‘That’s a good thing. I see another level in you.’ He’s got to take that and run with it now.” 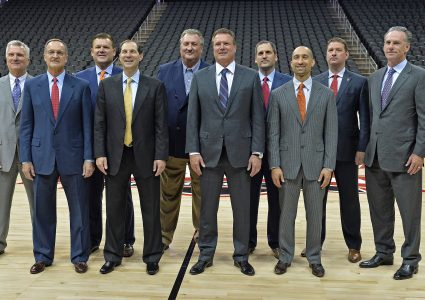