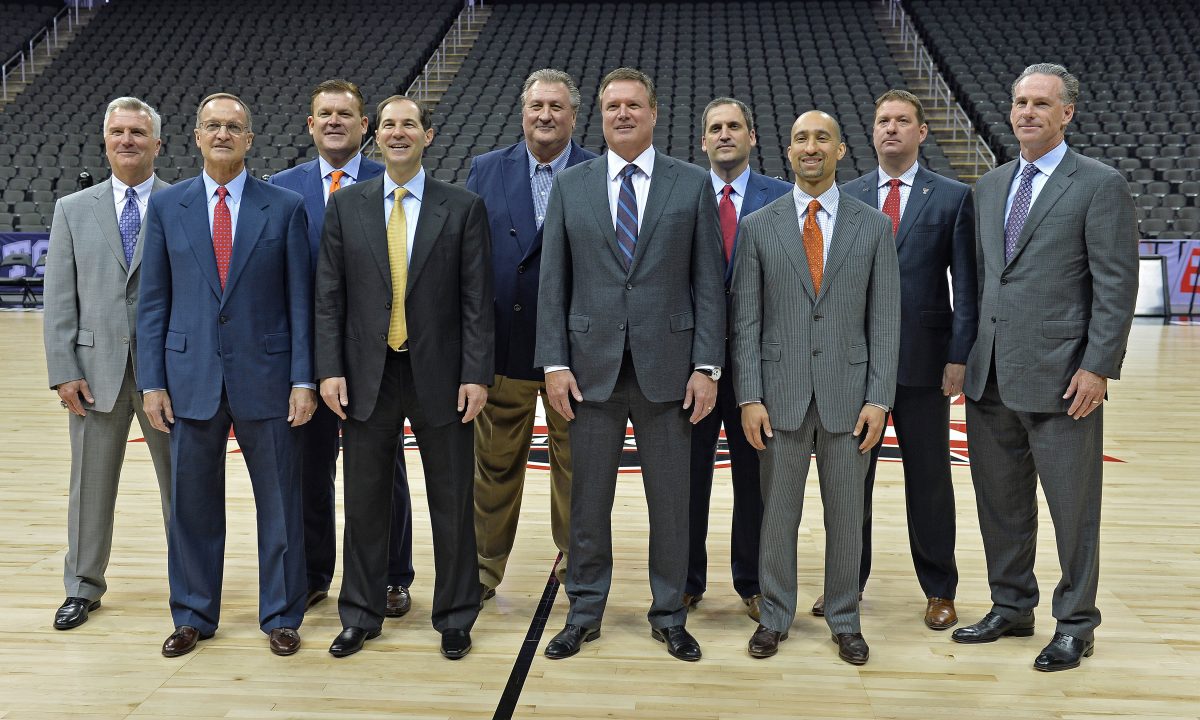 KANSAS CITY, Mo. — It isn’t a secret that Steve Prohm had big shoes to fill when he took over as Iowa State’s head coach last season. Replacing a local legend like Fred Hoiberg isn’t something that most people would envy.

During his first season in Ames, Prohm put his own spin a very talented team and led it to the Sweet 16. He proved to almost everyone he has what it takes to hold his own at the Power 5 level.

Prohm’s first year was anything but a surprise to his Big 12 peers.

“He paved the way for a lot of us like myself that coached at a mid-major and took the jump,” Texas Tech head coach Chris Beard said. “I told him last year he was kind of carrying the torch for all of us. I thought he did a great job. I thought it was one of the most under-appreciated coaching jobs in all of college basketball. It’s difficult to take a team like Fred had

and then put your own stamp on it, but at the same time win. Then to advance to the third round, I thought it was just a great coaching job.”

Prohm looks and sounds different this season. He’s confident but not cocky. He’s fully comfortable in this situation, which couldn’t have been said one year ago.

He started his press conference at Tuesday’s Big 12 media day by saying he was more settled in this time around.

“I really think Coach Prohm took on being not liked,” senior point guard Monte Morris said. “He liked being disliked. It’s really good. I like the way he’s pushing us and getting the best out of all our guys.”

You can tell from watching him interact with his players and the other coaches in the conference that the dislike is gone — at least to an outsider looking in. Now, he just looks like a guy who is ready to lead his program to the next level.

“Anytime you go into a situation where the expectations are high and you’ve got a lot of veterans returning, it’s not as easy as you might first think,” Oklahoma head coach Lon Kruger said. “You can tell the way those players played for Coach Prohm, they enjoyed the transition. I know they miss Coach Hoiberg, but they appreciated Coach Prohm’s approach and played extremely hard and got great results.”