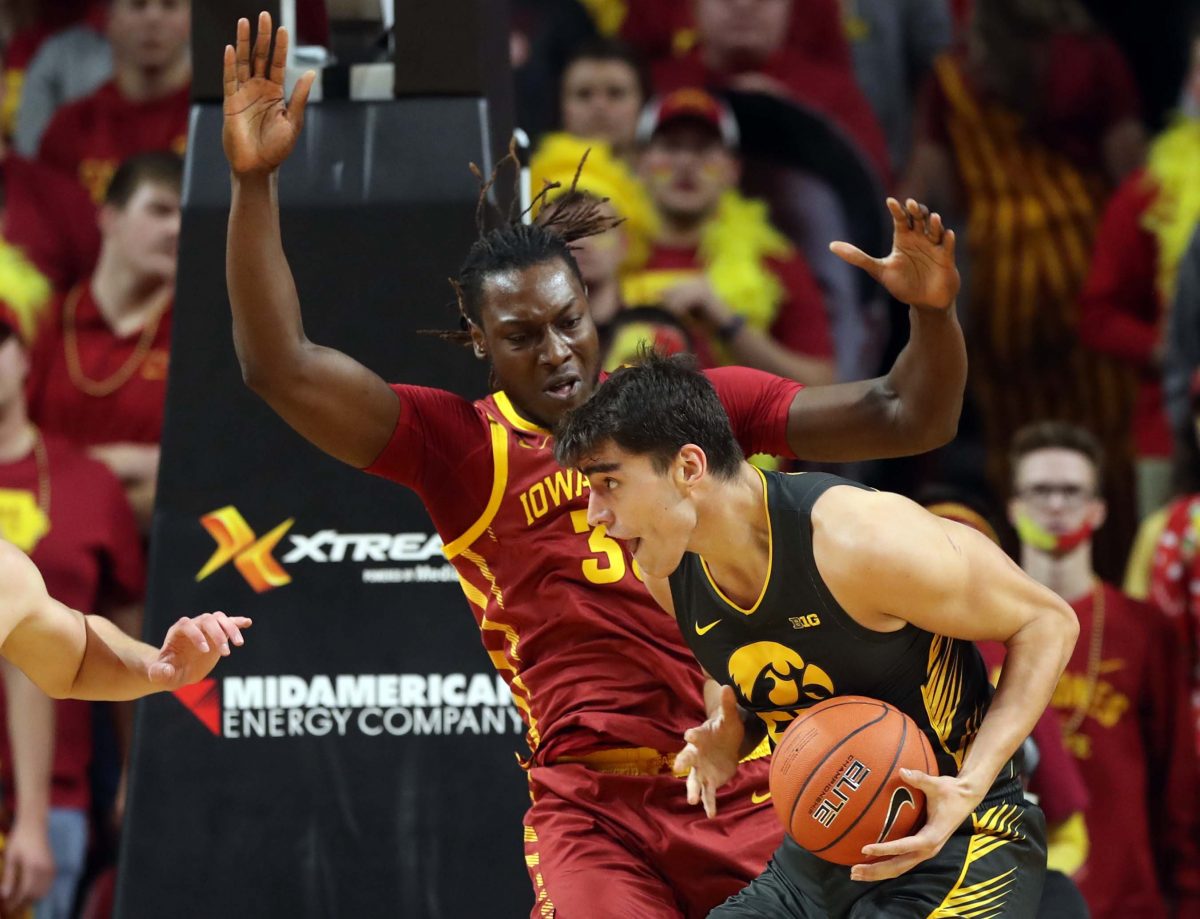 Solomon Young was not afraid to make an admission.

Iowa State was not ready to play on Thursday night when arch-rival Iowa visited Hilton Coliseum then left with an 84-68 win, the Hawkeyes’ first in the Cyclones’ hallowed home since 2003.

“We just weren’t prepared. We weren’t locked in mentally. It showed tonight,” Young said. “The game is over. It happened. You all saw it.”

We indeed all saw it, but surely very few saw it coming.

The Cyclones looked like they were turning a corner coming off a 1-2 trip to the Bahamas that included two losses to highly-ranked teams. They followed it up by avenging one of those losses in a game that seemed to solidify this team’s identity. Sure, the offensive struggles that have plagued this team all season long still remained, but they competed their butts off, they were willing defenders and they were tough.

The team that took the floor Thursday night against the Hawkeyes looked like a shell of the one that upset Seton Hall last Sunday — and Fran McCaffrey’s team made them pay from the jump.

Iowa knocked down four 3-pointers before the under-16 timeout of the first half. Hawkeye big man Luka Garza, who controlled the game from start to finish to the tune of 21 points and 11 rebounds, snagged the first of his six offensive rebounds on the night on the game’s first possession.

Offensively, Iowa State tried to combat the Hawkeyes’ fast start with five shot attempts from Prentiss Nixon, a pair of missed long-twos by Solomon Young and a pair of Mike Jacobson 3-point attempts. The team’s best player by a mile, Tyrese Haliburton, did not attempt his first shot until the 14:05 mark of the first half when the Cyclones were already trailing 16-4.

They attempted a total of one shot at the rim, a dunk by Young that came from wrestling a ball away from an Iowa player on a rebound. Before you could hardly even blink, the Cyclones were trailing 18-4.

And the game was more or less lost.

“We lost the game in the first five minutes,” Iowa State head coach Steve Prohm said. “They just kicked our butts. There’s not really any excuses… We didn’t show up. (The Hawkeyes) were a big part of that… I didn’t have our guys ready. I’ll own it. We got embarrassed. We got to live with it. That’s all I have to say.”

The Cyclones did battle back in the second half, but there is a sad reality that appears to be staring this team, and fanbase, square in the face.

Iowa State is going to have a really hard time beating anybody who is really good offensively, which the Hawkeyes most certainly are and so are plenty of other teams still left on the schedule, when they are not able to get off to solid starts.

On Thursday night, the Cyclones dug themselves a hole that was going to require either high-level offense or high-level defense to climb out from. At this point, it is no stretch to say this team does not have the capability to sustain either of those things for an extended period of time.

I think we can all safely agree this just is not a team that can shoot the basketball very well. Take out a 15-of-29 performance against Alabama and the Cyclones are shooting 26.2 percent from behind the 3-point line as a team, which would have them hovering somewhere around the 15th worst shooting team in all of college basketball.

Regardless, they show flashes of being good offensively, moving the basketball, attacking the basket and forcing teams to defend. But after doing that for four or five consecutive possessions, or enough to pull them back within seven points of the Hawkeyes during the second half, they revert to the same things like that dug them the hole they started out in.

On the defensive end, they will lock down the ball, get into passing lanes to create turnovers and close out on shooters, allowing them to get into transition and create easy baskets even when the offense is struggling for about five or six possessions. Soon, you will see shooters start to get loose with poor close-outs, somebody will over leave their feet double-teaming in the post or a ball-screen coverage will be completely botched.

No matter which end of the floor starts the cycle, it always ends the same way and this loss to the Hawkeyes was the perfect example. If this Iowa State team is not locked in from the beginning against good teams, they are going to lose way more often than not.

In the times when they are able to even remotely climb out of the holes they dig for themselves, they have to remain locked into the same intensity level that allowed them to get back into the game.

“That’s a very good question. I’m not really sure. They came out and made four threes in the first two or three minutes. We got down 10 and they kind of never looked back,” Jacobson said when asked why the team started so poorly. “We never really got back in it. I don’t know what the answer to that is. It’s just really disappointing.”

One thing that has become exceedingly clear during these first 10 games is that these Cyclones really, really care. They care a lot about Iowa State and this basketball program. They care about each other.

It is a refreshing difference from back-to-back teams that were certainly talented but sorely lacked in the caring department from time to time.

The look on Haliburton’s face as he untucked his jersey and the clock hit zeros on Thursday night proved again how much he wants to do right by Iowa State. If he goes to the NBA after this season, and even if he is a lottery pick, no amount of money or success will ever make that kid forget he lost both games he played against Iowa.

It is hard to pin any of what happened against the Hawkeyes on the sophomore point guard when you considering his 22 points, five assists and five rebound line, but the failure to get him involved early in games has become a trend this season and it feels like something that has to change if this team is going to change.

Does that fall on Haliburton or Prohm? I do not know the answer to that, but it feels like the best chance for this team to avoid digging itself more holes that cannot be climbed out of.

There was a reason so many of Iowa State’s games between 2013 and 2016 started with a Georges Niang isolation play. Get your best player involved from the jump and set the tone for the remainder of the game. Make sure your opponent knows that guy is going to be coming for them for 40 minutes.

None of this can change what happened on Thursday, but it could help for the future. It could be the difference between another home loss down the road, but it does not matter for this loss to the Hawkeyes.

The disappointing thing is it only took Iowa five minutes. 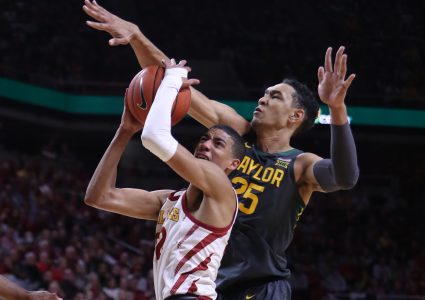 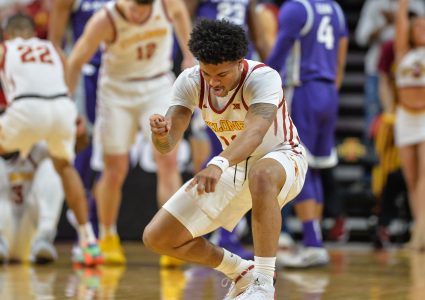