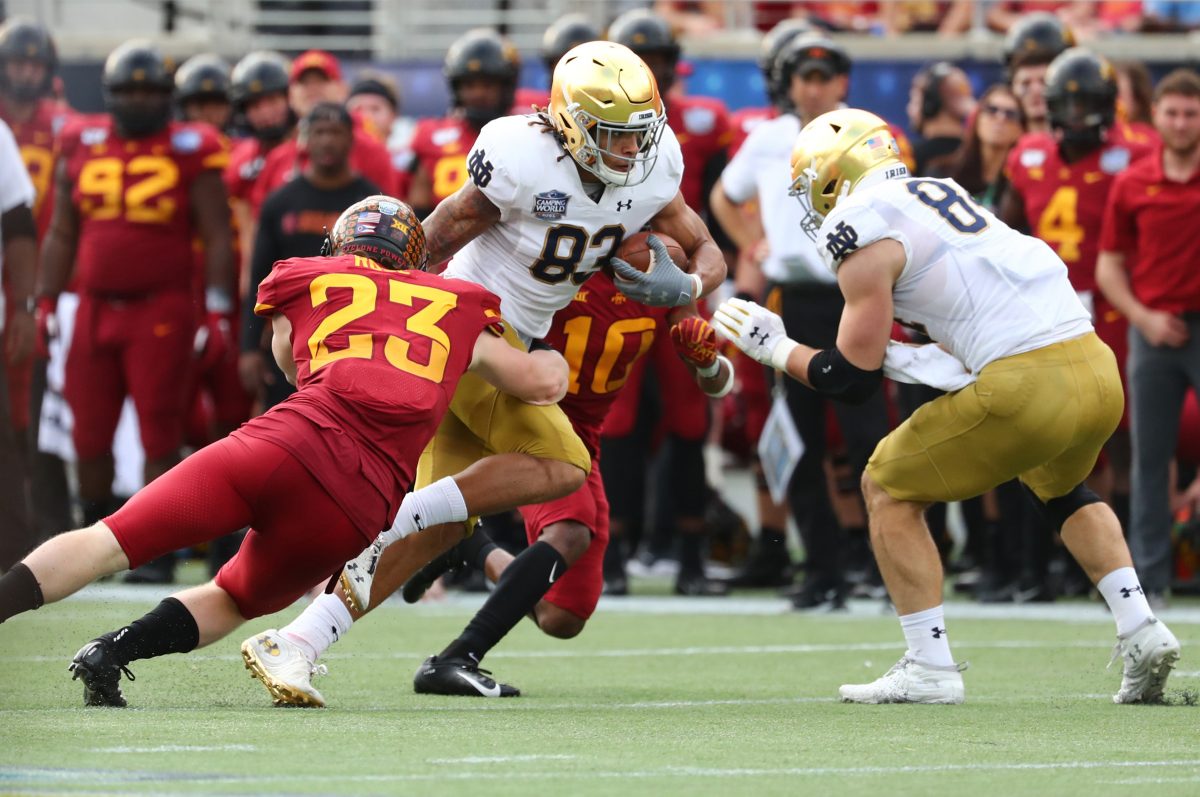 ORLANDO, Fla. — Matt Campbell sees a team that was close.

A few plays here, a few plays there and Iowa State’s 2019 football season goes a different way. It certainly would have gone a different way on Saturday in the Cyclones’ 33-9 Camping World Bowl loss at the hands of No. 14 Notre Dame.

It was, simply put, a disaster from essentially beginning to end, but Campbell still saw a team that was close. A few plays here, a few plays there.

“Well, I think when you can really step back and watch these games and you can really see that, you know, when we got here — I think four years ago, there wasn’t even a thought that we could compete with teams like this. There was no thought that we could compete with the best teams in our conference. And, you know, to be quite honest with you, I don’t know if there was a lot of people that thought we could compete with our rival in our own state,” Campbell said. “And now, you fast-forward to a season like this, and I knew this was going to be a really unique and challenging year because this was a team where there was great expectations put on a football team, and yet there was so much youth and so many young players that had to step into critical roles in this team. And so I think going through these experiences and being really close and understanding that there are six, seven, eight plays in a game that are dictating what happens in the end result, I think our kids feel — and I think why you’re so disappointed, because you feel how close you really are to where you want to be. But, again, those six, seven, eight plays, you know, saying that and doing that are two different things. And I’m the first guy to know that and understand that.”

This game in Orlando felt a lot closer to the season-ending loss to Kansas State, a game that featured the Wildcats snapping 17 fourth-quarter plays, all of them runs, to bury the Cyclones into the dirt. It was a manhandling. It was a disappointment.

Both of those are fitting descriptions to the Cyclones’ third-consecutive bowl appearances. They were manhandled. They were dominated. They were outplayed from beginning to end.

A few plays or not, those are inescapable realities.

Iowa State football now enters an offseason that will certainly be full of self-reflection. What does it take to flip a few of those plays Iowa State’s way?

Some of it can be chocked up to bad luck or just chance, but sometimes you have to make your own luck. It can no longer be sitting there wishing the plays go your way. It is time for Iowa State to figure out a way to start making the plays go their way.

The answer to fixing that is not immediately clear, at least not to this sports writer, but that’s why Campbell and his staff are paid big bucks. For the first time since their arrival in 2015, this staff is going into an offseason without a near 100 percent approval rating.

It can probably be awfully easy and comforting to be the head coach at a Power 5 institution when everybody loves you and thinks you are doing a great job, thankful for everything you have done in order to bring their program out a cellar they have lived in for the better part of a century.

That was Matt Campbell’s reality during the first three offseasons of his tenure in Ames, but this one will be different.

Do not get me wrong, Campbell is in no way, shape or form anywhere near the “hot seat.” Frankly, I feel like some of the reaction to Campbell, Manning and Heacock’s performance has been emotionally driven and off-base, products of losing a game fans felt they should be more competitive in on a national stage.

That does not mean any of those guys are above criticism, because they most certainly are not. There were quite a few missteps in this season that make it feel like the disappointment it does right now as the season reaches its official close.

This year’s team underperformed, but this year’s team is done, and along with it a group of seniors who deserve the biggest cap tip Cyclone Nation can ever give. Most of these young men signed up to join a program that had very little direction and hardly any sense of a positive trajectory.

Some, guys like Deshaunte Jones, Ray Lima and Josh Knipfel, joined a young head coach who was selling a vision that remained unseen and then helped push that vision closer to reality. They leave Iowa State football in an exponentially better place than they found it.

“Who they are, what they stood for and how this football team’s really responded all season long to hard, tough situations has been because of our great leadership by our senior class,” Campbell said. “When the attitude, the effort and the character of our football team is still where it needs to be and continuing to grow, I think we’re in a great spot. You’ve got to remember, this is a really young team and a lot of really young guys were forced into some really critical moments this year, and this senior class was able to carry those young guys through some tough moments.”

As for the group of Cyclones who will return in 2020, the spotlight has focused squarely on them. It will be their jobs to take the foundation laid by the Allen Lazard, Joel Lanning, Jones, Lima, Knipfel and Marcel Spears of the world then push it closer to heights Iowa State football has never seen.

This team will have a lot of the talent needed to make those things possible with an all-conference quarterback, All-American tight end, explosive young running back and many more major pieces returning in 2020. But, a lot of those same guys are the ones who made major mistakes at different points in the season that left us feeling the way we do on the last Saturday in December 2019.

“Executing, everybody, on every single down,” sophomore quarterback Brock Purdy, who left Saturday’s game with an ankle injury, said. “If you’re going to win games, you have to come up clutch in certain situations. That’s got to be from the first quarter to the fourth quarter. I feel like this year we lost, we didn’t do that at all. Even the games that we won, we made it close by not doing that. If we’re going to take the next step, that’s what it comes down to. Making plays in critical situations.”

The dreams of Iowa State football were so close. They remain close. Just a few plays here and a few plays there.

But, right now, being close still has never felt so far away.

“I don’t know, man, honestly. Like what’s helping us get over that hump? Don’t know yet,” junior safety Greg Eisworth said. “We’re not there yet. That’s something that’s up in the air. It is what we’re trying to fix.” 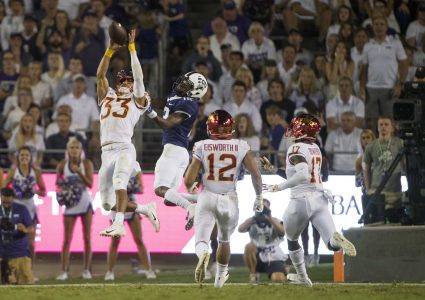 ROAD RECAP: So close not enough again for ISU in loss at TCU