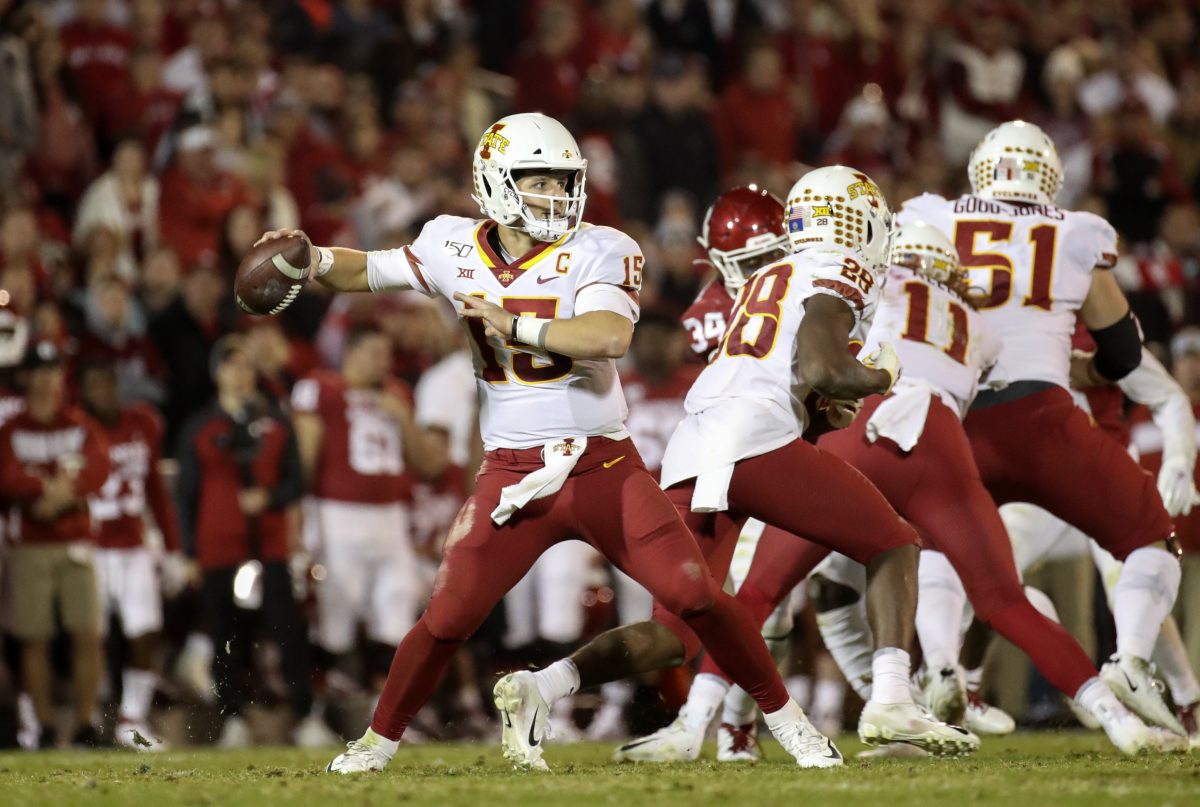 Purdy’s sophomore campaign will likely go down historically as the greatest season by a Cyclone signal-caller. Purdy is currently fifth nationally in total offense (344.4), and leads the Big 12 and ranks sixth in the nation in passing yardage (316.6).

Purdy has already set or tied a slew of school records, including single-game marks in total offense (510 vs. ULM), completions (39 vs. Oklahoma State), passing touchdowns (5 vs. Oklahoma) and TDs responsible (6 vs. ULM, 6 vs. Oklahoma).

Purdy and LSU’s Joe Burrow are the only two players in the nation with a pair of 6-TD games.