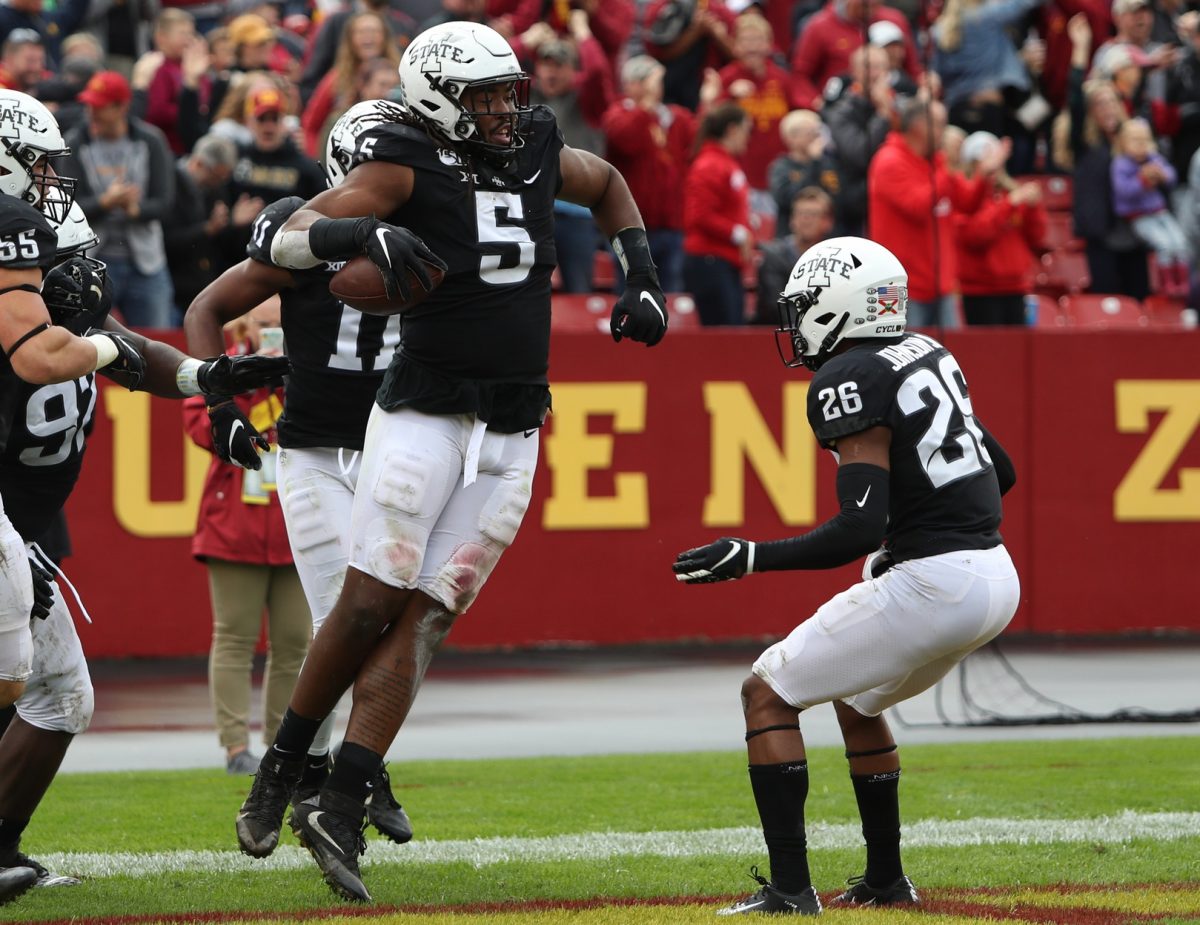 It’s all distant road noise to Iowa State quarterback Brock Purdy and his teammates — and it fails to resonate when set against the Cyclones’ detail-driven path toward success.

The Cyclones are 5-4 in conference road games the past two seasons and it’s one of the main reasons they’ve become top-tier league contenders.

To put that in perspective, ISU eked out a total of five Big 12 wins away from Jack Trice Stadium in the previous six seasons — none of which ended with the Cyclones remotely sniffing the upper half of the conference standings.

“I think the biggest thing is — on the road, at home, in the rain — we’ve lived all of it,” ISU head coach Matt Campbell said. “The reality of it is you only get those 60 minutes. As soon as you realize that none of that matters and all that matters is how you practice on Monday, Tuesday, Wednesday, Thursday and Friday, that allows you to be confident when the game comes on Saturday — wherever that game is, however the environment is around me — it allows me to sink back into my preparation and sink back into my fundamentals and details. I think that’s the biggest thing we’ve learned about ourselves is we can’t control any of those things.”

Saturday, the Cyclones will try to prevent the new-look Mountaineers from springing the upset. ISU is a 10-point favorite, per OddsShark, as of late Tuesday afternoon, but won’t come close to finding any degree of comfort in Milan Puskar Stadium unless it finally moves to the plus side of turnover margin in conference play and avoids letting a desire for perfection hamper steady progress on both sides of the ball.

“I can go back to January, February and March and tell story after story of these guys straining and sacrificing a great deal to become the best version of them,” Campbell said after acknowledging his team was “pressing” at times earlier in the season. “I think one of the things that I’ve really enjoyed about this team is that effort and I appreciate that about his group. But I also think one of the things is you see them enjoy the process to get there and then you get to the 60-minute game and all that joy that you’ve worked really hard to obtain and you start to press because you want to be so perfect in the moment. I think you were seeing that. I think you saw that from myself and the coaches, too. You saw where it was almost a relief to get the game over with and get back into the process where you feel really comfortable. It’s something we had to work through. It’s a new dynamic for us because I think the majority of our team really lives in that world. We’ve talked a lot about it the last couple of weeks and you see our team start to understand themselves and understand what allows us to be the best version of ourselves as this team goes. It’s been really interesting.”

Campbell saw that impossible quest “to be so perfect” on full display in the 23-21 Big 12 season-opening road loss at No. 22 Baylor. He saw less of it in last week’s 49-24 whitewash of TCU — and needs to see less of it still this weekend in Morgantown and beyond.

There are four more opportunities for road wins on the schedule and the key to earning them lies in those myriad mundane details, not pursuing the fool’s errand of playing flaw-free football.

“We can’t control the environment, we can’t control if there is a great crowd or a bad crowd, we can’t control (if) we’re home or away,” Campbell said. “What we can control is the preparation to get there. That’s been the same mantra since I’ve gotten here. That process of preparation. I really believe it allows you to handle whatever comes your way, positive or negative. It allows you to be the best version of you when you need to be the best version of you. The more we’ve matured as a team, the more you’ve seen us handle all different kind of situations.”

Campbell said ISU’s leading tackler Greg Eisworth should be available against the Mountaineers. The talented safety has 39 tackles this season.

“(He) practiced yesterday and we’ll see how he progresses,” Campbell said.

Campbell’s singled out nose guard Ray Lima and others in the past as “unsung heroes” of the team. He was asked if there are any new additions to that unit and yes — yes, there are.

“Offensively, I would say Josh Knipfel,” Campbell said. “Josh’s leadership, consistency that he’s played with through five weeks of the season has really been an anchor to our football team. When you ask, ‘What do you want an Iowa State offensive lineman to look like and feel like?’ His work ethic and what the product is on the football field. He was our offensive player of the game. He graded out at 87 percent — he had 10 knock downs in the game this last Saturday. He’s playing really special football his senior year, which is really exciting.”

“On the defensive side of the ball it’s Lawrence White. He’s a huge story for this team. He’s really playing good football. He’s played his best five games of his career so far this football season. We needed that consistency and we challenged Lawrence to become that kind of player for us on the defensive side of the ball. And man, he’s playing really good football for us.”

“Special teams, it’s Landen Akers, so far. What that guy has done and meant to our football team in terms of special teams – the two plays he makes in the game – the one kick off that he does on the second or third kickoff and he runs down and literally forces the returner to go back and we end up tackling him on the nine-yard line. It’s Landen’s effort and speed that allows him to do it. The play he makes on the punt where he fair catches it on the four and then obviously the play where he makes the fair catch happen against the best punt returner in the country I thought was a huge play. Joe (Rivera) punts it 59 yards and Landen has the ability to force the fair catch.”

“Those three are guys that are playing at a really high level and probably not getting talked about enough.” 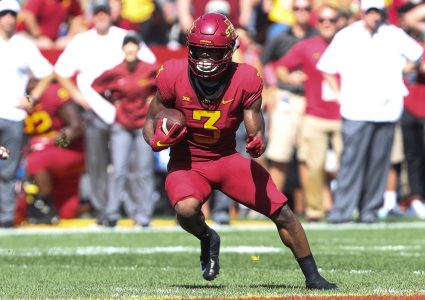