Oklahoma State — after scoring on plays of 71, 50 and 65 yards to build a 21-10 halftime lead — didn’t gain more than 13 yards on any play from scrimmage after the break.

Tylan Wallace had catches of 12, 12 and 13 yards in the second half, but no other Cowboys’ offensive player eked out double-digit yardage on a single play as the Cyclones’ defenders gave their team a chance in the ultimately failed comeback bid.

“We got it right in the second half, but the first half it was kind of off,” ISU safety Lawrence White said after his team lost in October for the first time since 2016.

What White was referencing wasn’t just missed tackles, but miscommunication. The Cyclones were out of synch when Oklahoma State’s marquee stars — plus Braydon Johnson — gouged them in the first half.

Now, that’s not good, by any means, but at least it’s something that can be easily corrected.

Couple that with the fact that Mike Rose’s first career interception at the Oklahoma State 31 with 11:04 remaining in the third quarter helped the offense revive and eventually tie the game, that’s at least mildly encouraging.

“I thought that one interception was huge,” ISU head coach Matt Campbell said after his team fell to 5-3 overall and 3-2 in Big 12 play. “We were able to — we were plus-one most of the game until late in the fourth quarter, so I think if we win the football game you say, ‘Man, that was the difference in the game.’” So I really don’t think there was a lack of pressure in that situation. I think we were able to affect the quarterback at times when we needed to. I thought we really settled down on the second half, played really good defense, and certainly gave us a chance to win the football game.”

Oklahoma State failed to score a second-half touchdown on the Cyclones’ defense, but secured the upset win on a 26-yard interception return by Malcolm Rodriguez.

The Cowboys’ most productive offensive *play* of the second half came when Rose appeared to have a tackle for loss, but was tagged with a 15-yard facemark penalty.

ISU quarterback Brock Purdy uncharacteristically threw three interceptions in the game’s final 6:47. He’d never thrown more than two interceptions in a game in his previous 15 starts — and the Cyclones still had a chance to avert the upset until the game’s closing moments.

“Honestly, we’ve just got to get points in the board,” Purdy said. “That’s all that matters. We’ve got to score touchdowns.”

“We had three turnovers. Lost the turnover battle,” said Kolar, who had eight catches for 88 yards. “It’s on me, it’s on Brock, it’s on everyone. Just got to keep getting better. Can’t make mistakes like that against a good team.”

Iowa State safety Greg Eisworth appeared to re-injure his shoulder while attempting to tackle Wallace on a 71-yard touchdown. He did not return — and his absence seemed to be pronounced on Oklahoma State’s subsequent big plays on the first half.

How is he now? Stay tuned as the Cyclones enter and exit a bye week in advance of the Nov. 2 game at Oklahoma.

“I think Greg will be in good shape,” Campbell said. “I don’t think this will be a long deal, but I think it was more of a precautionary situation more than anything here at the end of it.” 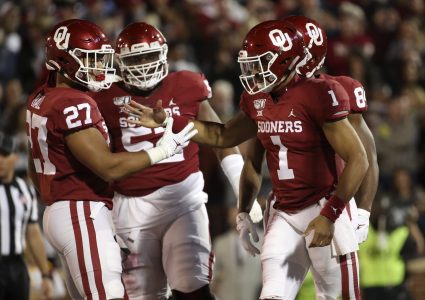 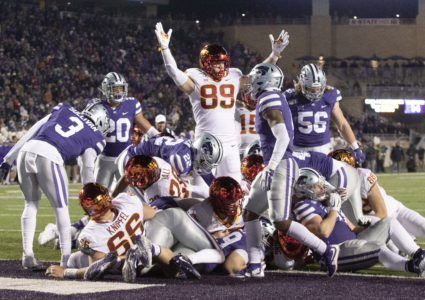