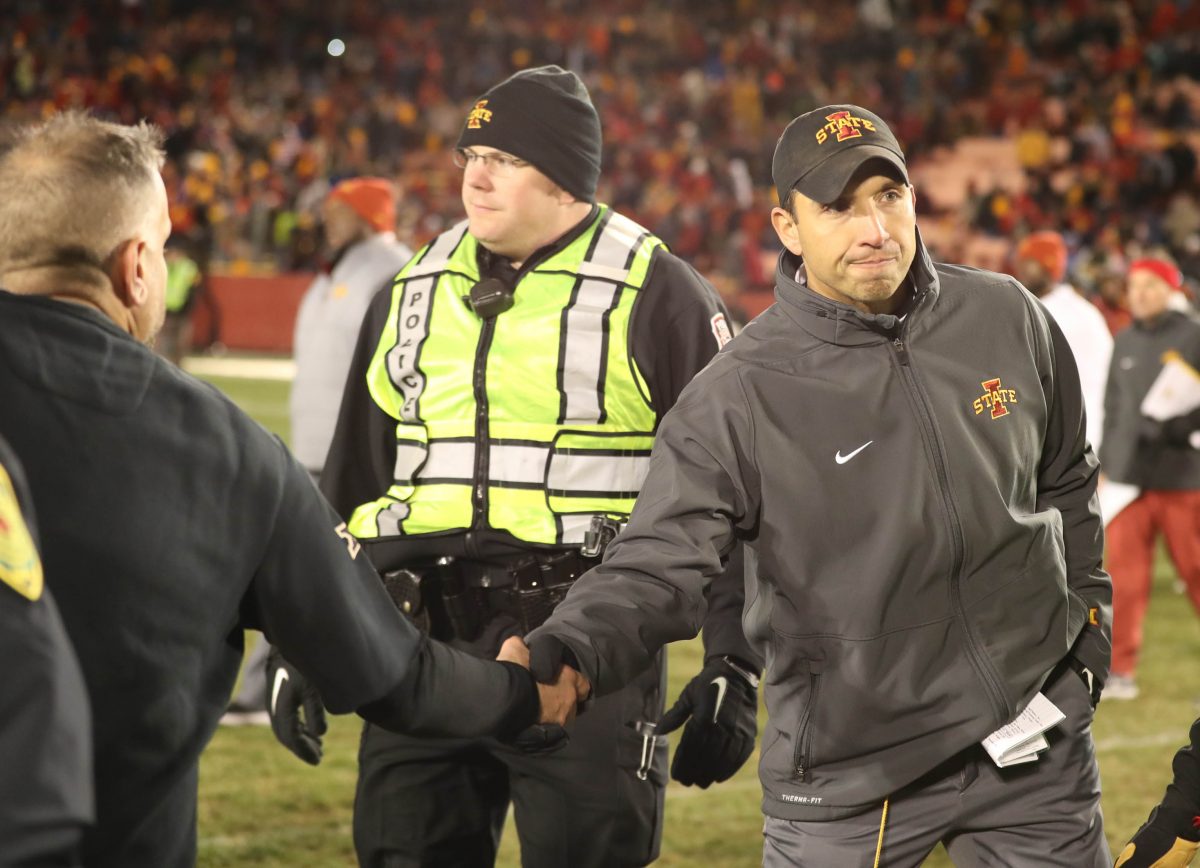 AMES — Regardless of what the main story coming out of Ames on Tuesday might lead you to believe, Iowa State does have a football game on Saturday — and it is a big one.

The Cyclones (2-1) will travel to Waco, Texas to square off with Baylor (3-0) for the first time since the two programs engaged in an emotional game last season at Jack Trice Stadium that ended in a 28-14 Iowa State victory. The game is best remembered for a skirmish that resulted in Josh Knipfel and a Baylor defensive player being ejected, then Knipfel jogging back onto the field after it was announced star running back David Montgomery was actually the Cyclone who would leave the contest.

Iowa State head coach Matt Campbell remembers the game for Iowa State’s ability to stay the course despite the shenanigans taking place in between plays.

“They were playing for a bowl game, we were playing to stay in the race. There’s a lot of emotion in it. It (was) late in the football season,” Campbell said during his weekly press conference on Tuesday. “I do think the one thing that you get when you watch them play on film and you watch us play on film is their kids play really hard and our kids play really hard. I think anytime you get into that and we’ve already played in one of those environments and one of those games, it becomes the ability to kind of control your emotions and the ability to kind of play play-to-play and execute. I do think that will be critical.”

“We did that at times in that football game even after things got crazy in that game last year. We were able to kind of just stay the course through the football game and it wasn’t perfect, but we were able to do that. Every game is different. Every situation is different, but I think anytime you play in a really competitive game, the ability to play one play at a time and stay present is really, really important for your success.”

That ability to remain present will be critical again on Saturday against a Bears team that has been impressive to start the season in wins over Stephen F. Austin, Texas-San Antonio and Rice. Matt Rhule’s team has not allowed 20 points or more in any of those three contests.

Campbell has praised Iowa State quarterback Brock Purdy, who threw for 230 yards and a touchdown plus added 56 yards and another score on the ground in last year’s contest, for his ability to stay present in each moment despite what is happening in the game. He sees the same ability in the Bears’ star signal-caller, Charlie Brewer.

“You’re talking about a guy who is now in his third year in the system. When you watch him play, we’ve talked about this a little bit with Baker Mayfield and some of the great quarterbacks in our conference, that had that unique ability to own the offensive system,” Campbell said. “When we played them last year here, I thought he had a tremendous game. He gave his team every opportunity to go win that football game. It’s the ability to know where to go with the football with great confidence. I think that’s the thing that really shows up in his play and it certainly has in the first three games this year.”

“The ball is getting out of his hand really fast. He knows where to go with the football. He doesn’t make mistakes. He doesn’t put his team in tough situations. I think the other part of it is he’s got this unique ability when trouble occurs, he’s got that great movement and ability to scramble and make plays with his feet down the field, both running the ball and throwing the ball. He’s a great challenge. It will be a great challenge for us. He’s playing great football.”

*** Campbell said starting center Collin Newell will return to practice on Monday but remains questionable for Saturday’s game in Waco. He said running back Kene Nwangwu is also questionable. He expects every other player the Cyclones have had dinged up over the last several weeks to be ready to go.

*** Iowa State is second nationally through three games with only one three-and-out surrendered offensively. They have also been able to gain 20-plus yards on 30 of their 37 drives this season, which Campbell sees as being a key piece of the team playing with rhythm.

“You hear me talk so much about playing in rhythm and playing as a football team, offensively, and that whole cliche of if every possession could end in a kick, I think sometimes there’s a lot of reality to that when you have a great defense,” Campbell said. “I think for us, the ability to understand there may be games where ball control is really important. That’s where we’ve got to have our defense continue to put us in positions to be successful. There’s games obviously where scoring is critical to our success but the ability to move the football and at least change field position, I still think is really important in our game. Some people love the high scoring offenses and all that and we all do, but there’s a point in time where you’ve got to be able to help your football team out and just being able to move the football at times is really important. The offensive staff has done a great job and Brock’s done a really good job at times doing that for us.”

*** Iowa State’s offense has gotten off to one of the best statistical starts in school history. Campbell thinks a lot of that can be attributed to the relationship between Purdy, offensive coordinator Tom Manning and quarterbacks coach Joel Gordon.

“I think it’s a three-headed monster there that’s really unique. If you said Brock and Tom, if you knew their personalities, you would probably say the opposite end of the spectrum. The guy in the middle of that personality is Joel Gordon. I think it’s those three that are really in such a great rhythm. I think that the relationship and what Tom brought back is he gave us I think some great stability in the passing game of what we were doing and how we needed to do it. It has done a great job of organizing that. I think Joel having that relationship between he and Tom being so powerful, those two being so close, been together since Emery and Henry College. That relationship has certainly helped communication.”

“I think the biggest thing you’re getting in that offensive room is no matter who it is, it’s one voice. It’s getting a clear line of communication whether it’s Coach Scheelhaase talking about the passing game or it’s Joel talking about the passing game or it’s Tom, I think that’s been huge. What you get with that then is great clarity at the quarterback position of what everybody’s doing and how they’re doing what they’re doing. I think it’s certainly been beneficial in the early part of the season that you see great confidence. I think those relationships in there, it’s a really close-knit room. From the tight end coach to the running back coach, that helps communication. I think that helps the unification. As a quarterback, I think you want to feel that. We’re really fortunate to that have. They’re great relationships for sure, but I think that three-headed monster has been a huge asset to Brock going into the season.”

*** Another relationship Purdy has been able to grow so far this season is with graduate transfer wide receiver La’Michael Pettway, who has caught 12 passes for 159 yards and three touchdowns in the first three games.

“Me and Brock, it’s a very much big brother, little brother type relationship. He picks my brain. I pick his brain. It’s one of those relationships where we know we need each other,” Pettway said on Tuesday. “As soon as I got here, me and Brock, we went out to lunch the first day I got here. It wasn’t a football conversation. It was more of a getting to know each other conversation and that has just grown since.” 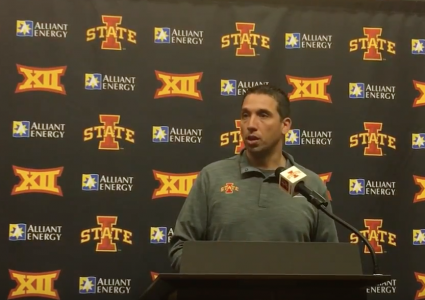