*** Campbell isn’t anticipating any turnover in his staff — at least as of now. Obviously, the coaching silly season is just starting so that could change, but it will be nice if the staff can stay intact.

“My expectation is other than any foreseeable situations where somebody, we know the coaching carousel is just going but my expectation is to see everybody back here,” Campbell said. “Again, that continuity goes just with the players as it does with our staff and our own players. I think what you saw there was great growth, because of that continuity.”

*** Campbell said there was only one returning player that had to have surgery once the season ended. Kamari Cotton-Moya’s minor shoulder surgery was reported earlier this week by our Chris Williams.

“Everybody coming back. You know, Dondre Daley had surgery after the season, but everybody coming back I think we’re really fortunate that we don’t have any of those long term surgeries,” Campbell said. “Kamari Cotton-Moya had to go get his shoulder cleaned up. He had surgery yesterday. Nothing major, but something that surgery required. I think he’s the only major surgery of guys that are going to have to have postseason surgery of our guys which is really good from our end. Obviously, getting some guys like Jake Campos and those guys coming back from surgery this year is huge for us. JD Waggoner, both of those were guys that played critical roles for us, had success and, you know, it will be nice to get them back at 100 percent health wise in spring practice.”

*** Campbell hinted at the idea of Jacob Park and Joel Lanning being on the field at the same time at some points next season.

“I think the fun thing for us going forward is those two on the field at some point at the same time,” Campbell said. “Now using both their skill sets to our advantage. You just get so late in the season that it’s hard to get to that point. I think having two guys like that that can both throw it and have the ability to run and then be able to put them on the field at the same time, I think it’s a huge advantage for our football team.”

Does that mean a position change is coming for Lanning? Well, not necessarily…

“I don’t know if we’ve solely thought about a position change but I think what we’ve talked about is how do you get a guy like Joel Lanning into the football game, especially when he’s got the ability to be one of your top 11 players on offense,” Campbell said. “Joel’s a threat and he’s got great ability and great skill. We saw that. I think we had great production from Joel Lanning all season. We were able to put him in situations to be extremely productive. Is there ways to continue to keep him on the field and in the football game to keep his production in a really positive ways. That’s us being creative and us being really good offensive coaches and trying to find that to happen. I think it’s a little bit harder to do when you’re right in the middle of the season or at the end of the season, but now you get a lot of time. Fortunately for me, I like watching film and figuring all that out.” 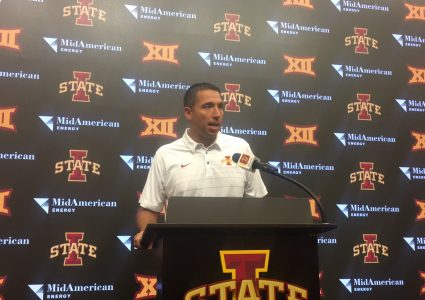 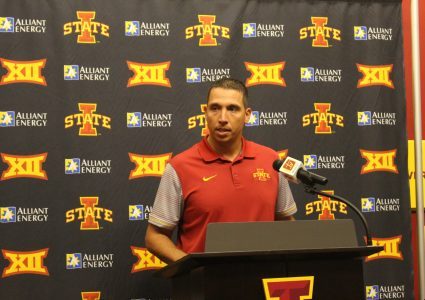 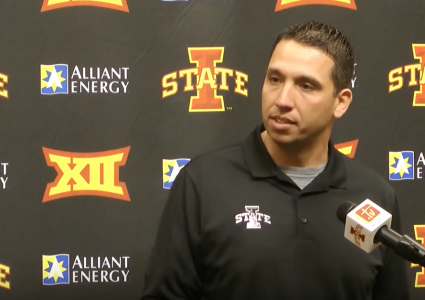