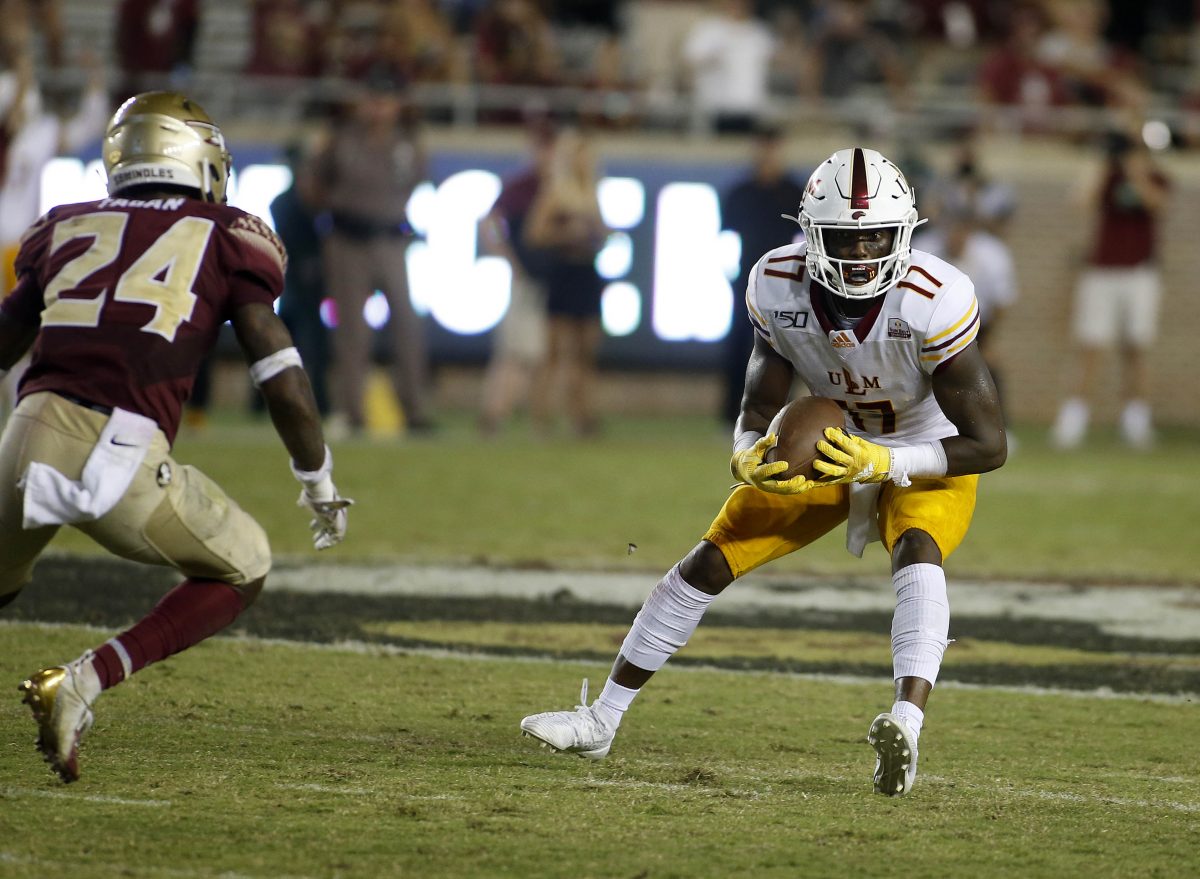 You may be thinking to yourself, “Why did they make the intern write an article for the website?” Well to answer that question, I must recreate the situation for you.

It was a Thursday morning at the office and our staff was having a meeting about plans for the future. CW, Stan, and I were sitting at the table, overly caffeinated of course, talking about the recent Athlon College Football Magazine that had been released at the time and how they had Iowa State finishing 8-4 for the upcoming season.

Being the curious person I am, I decided to Google the schedule for the Cyclones. I noticed an interesting non-conference game early in the season. On September 21st, the Cyclones will take on the UL Monroe Warhawks. To pretty much every single Cyclone fan, this game doesn’t seem like much of an issue. And they are probably right. This game shouldn’t be an issue.

But what if it is?

“In my opinion, I think it will be a tough game for the Cyclones.”

That was the statement that got me into this situation.

I proceeded to explain to CW and Stanz that the Warhawks had their entire O-line back from last year and their All-Sun Belt dual threat quarterback, Caleb Evans. But it simply wasn’t enough to convince them. Out of nowhere, CW came up with an idea.

“Why don’t you write us a piece on why UL Monroe won’t be a pushover?”

So here I am, trying to convince an entire Iowa State fan base that a Sun Belt team that finished in the middle of the conference last year at 6-6 will give the Cyclones some issues.

The stage is set. Along with Kansas football, this will be the other mountain I will die on. UL- Monroe is going to make this game interesting Saturday.

Caleb Evans is a legit playmaker. Last season, he finished with 2,869 yards and 16 touchdowns through the air, along with 632 yards and 10 touchdowns on the ground. He’s only seven rushing touchdowns away from UL Monroe’s all-time rushing record, and he has an outside chance to become the school’s all-time leading passer when it’s all said and done. He’s already off to a quick start out of the gates for the Warhawks. In two games this season, he has posted 424 passing yards along with four passing touchdowns. He also has two touchdowns on the ground this season, both coming against Florida State.

Evans won’t be the only veteran presence on the offense, as the Warhawks return all five of their offensive line, including two All-Sun Belt performers. However, at the skill positions, they have to replace some serious talent. Former Alabama transfer RB Derrick Gore has graduated, leaving the keys to the backfield to Josh Johnson who has been an animal so far this year. Johnson has posted 299 yards on the ground along with 3 touchdowns in two games.

Marcus Green, the Warhawks’ leading WR last season, has moved on to the NFL, leaving the Warhawks in a similar situation as the Cyclones were in to begin the season. Even though the Cyclones have taken a committee approach to their receiving core, the Warhawks have found a solid one-two punch that should give the clones secondary some issues. Xavier Brown and Josh Pederson will carry the load for them on the outside. Pederson is listed as a tight end but plays like a wide receiver, which might cause some issues for the Cyclone’s linebacking core.

The Warhawks return pretty much their entire defense. The defense wasn’t great last year, giving up almost 32 points per game. But returning a veteran unit will come in handy when they make the trip to Ames this Saturday. The defense is not off to a great start as last week they gave up 45 points to Florida State, luckily the Cyclone offense is only averaging 23 points per game.

David Griffith, the rock of the Warhawks defense, has graduated, leaving the question: who has stepped up for the Warhawks so far this season? Really not one player stands out. The defense has played as one unit with multiple players having above ten tackles on the season.

Schedule leading up to the Cyclones:

The Warhawks opened up against Grambling St., which was an easy victory to start the season. The following week, they traveled down to Tallahassee to take on Florida State. This game went into overtime and with Florida State sneaking out a win because of a missed extra point.

What does this mean for the Cyclones?

Let’s face it. Iowa State has been in some dogfights with UNI and Iowa and I don’t think this game will be much different. One of two things could happen with the Warhawks roll into town this weekend. The first being the Warhawk’s could come out fired up and ready to prove that Florida State wasn’t a fluke. This scenario could be deadly for the Clones especially if Evans gets into a rhythm early on. The second being the Warhawk’s roll into town emotionally checked out after a heartbreaking loss to the Seminoles and the Clones take advantage.

Iowa State is currently a 18.5-point favorite according to the William Hill Sportsbook. Here is how I see the game playing out. The Cyclones have a tendency to start out slow against lesser teams.

I believe it will be more of the same. I see Caleb Evans doing a lot of damage with his legs and making this a game into the fourth quarter. But, don’t get me wrong, I think Iowa State will win this game. But, it won’t be pretty for the Cyclones, don’t be surprised if the Warhawks cover the 19.5-point spread. 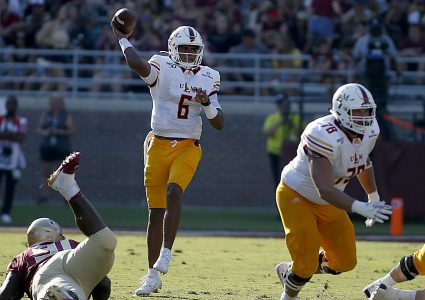 NOTEBOOK: Campbell impressed by what he sees from Warhawks on film