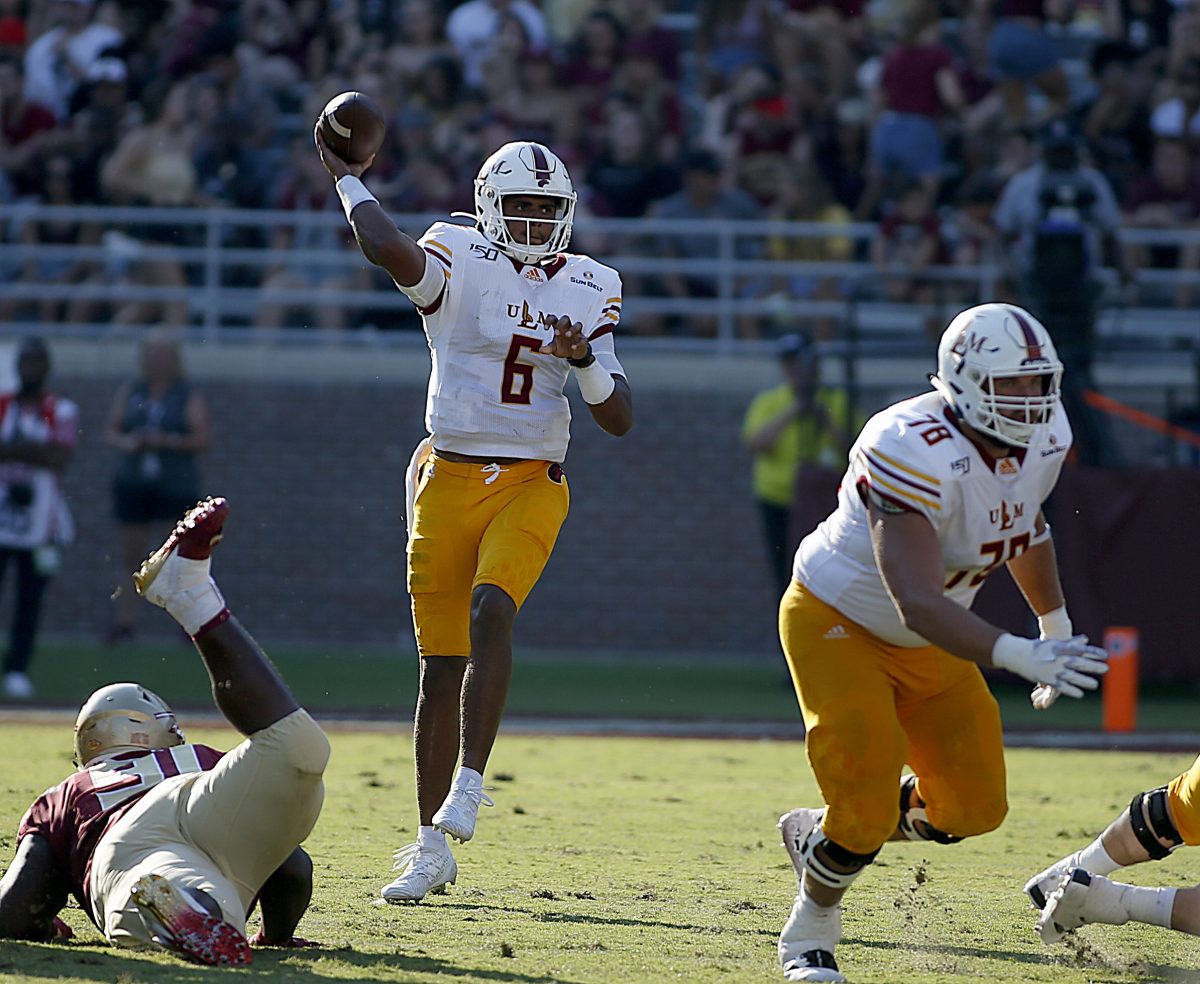 AMES — Matt Campbell understands the challenge ahead of Iowa State football this week with Cy-Hawk in the rearview mirror.

After all, the same UL-Monroe team that will visit Jack Trice Stadium for an 11 a.m. kick (FS1) on Saturday pushed Florida State to the brink in Tallahassee the last time they took the field, ultimately falling to the Seminoles 45-44 in overtime. The Warhawks are led by a senior quarterback and have one of the Sun Belt’s best rush offenses.

This is a team built to put a scare into Power 5 squads.

“To be honest with you, probably the most, in terms of skill, the most talented team we’ve played from a skill standpoint this year,” Campbell said on Tuesday. “You’re talking about a team that’s got a senior quarterback who’s had an outstanding career, has played really good in his first two football games. Tremendous tailback, an entire offensive line that’s coming back, you can see why they played so well two weeks ago.”

Quarterback Caleb Evans, who enters Saturday’s contest having completed nearly 67 percent of his passes for 424 yards, three touchdowns and one interception, is one of the nation’s most experienced signal-callers, ranking eighth-nationally with 24 consecutive starts under center. The 6-foot-2 Mansfield, Texas native started 0-of-7 passing against the Seminoles before finishing 23-of-38 for 241 yards and two scores, both coming during a streak of four-straight possessions finding the end zone that helped the Warhawks dig out of a 21-0 second-quarter deficit.

The offensive line entered the season tied for 15th nationally with most starts returning and they lead the way for a rushing attack that ranks No. 24 nationally averaging 246.5 yards per game. Junior tailback Josh Johnson is fourth in FBS with 149.5 rushing yards per game, plus an 8.31 yards per carry average that ranks in the nation’s top-10.

On the flip side, Matt Viator’s defense has eight starters back from last season, including senior linebacker Chase Day, who leads ULM with 20 tackles, three tackles for loss and two interceptions. He is joined by preseason All-Sun Belt selections Donald Louis Jr. at defensive end, Larance Shaw at nose tackle, Cortez Sisco Jr. at linebacker and Corey Straughter at cornerback.

While the unit rated seventh in the Sun Belt in total defense and 121st nationally in rushing defense, Campbell sees a group full of speed and explosiveness that catches the eye.

“We got challenged last week in terms of the front seven. It’s a totally different challenge. This challenge is speed, quickness, explosiveness across the board in their front seven,” Campbell said. “They fit their system and it almost reminds me of our defense at times. Those front seven, they’re moving, they’re always coming on way or another. We’re going to have to do a great job of controlling the tempo of the football game because if you let them dictate the pace of the game, they can be explosive and they can create a lot of havoc.”

*** Campbell said starting center Collin Newell remains questionable for this week due to the sprained knee he suffered in the season-opening win over Northern Iowa. The head coach was especially complimentary of Colin Olson, Newell’s replacement against Iowa, for his ability to shift from left guard to center.

*** Really, Campbell was pleased with the performance of the entire offensive line despite working in a redshirt freshman making his first career start in Trevor Downing and a new center.

“I thought one of our great challenges was this game this past weekend to this offensive line. I think a really good defensive front, maybe one of the best defensive fronts in college football,” Campbell said. ”  If we were going to have success, we were going to have to find a way to win that battle or find a way to compete, and to be honest with you, the last three years, we really haven’t. I thought for the first time since we’ve played in this game, we were able to go and really compete. I was really proud of those guys. I thought across the board, between (Julian) Good-Jones and (Bryce) Meeker, I thought they played their best two games in their careers so far for us. The challenge is can they continue to play at that level. That will be the challenge, continuing to get better.”

“To insert Trevor for his first official start, I thought he was really physical. I thought he played really good football. I thought the guy who would have been the player of the game in terms of success for us would have been Colin Olson moving to center. I thought he was incredible. With what we asked him to do, the pulling, the moving, the being singled up inside a little bit throughout the football game, I thought he was tremendous. (Josh) Knipfel was the same guy every day. I think that group took another huge step forward in terms of confidence and continues to grow. Is it perfect? No, but that’s a position that’s never going to be perfect. To not give up a sack throughout the football game, to be able to efficiently run the football and be physical in doing so, I thought that was really big and big for that group.”

*** One person who was not surprised to see Downing perform well in his first career start was the man he replaced in Olson.

“I try to do as much as I can (to help him), but the way that he works, you don’t really have to help him much,” Olson said. “He’s already a professional. He’s up here studying all the time. He probably puts the most time in that room, working and breaking down film. Him stepping up, it wasn’t a surprise at all that he did as well as he did.”

*** Campbell reiterated Iowa State needs to take advantage of opportunities when other teams give them a chance to create turnovers or make havoc plays.

“There’s two plays where the ball’s sitting in our stomach. We don’t make the play. Either of those happen, maybe it’s a different outcome,” Campbell said. “That’s football. We’ve got to make the play. That’s part of it and that happened twice the first week. Again, those are things that’s the sport, that’s the game, those are the inches and winning those inches are the separating factors between winning and losing in Division I college football. We’re close and we’re just going to keep pounding away at it. It’s something we put a lot of time and effort into. Somebody said, ‘You get lucky with turnovers.’ I think it’s not luck. You’ve got to pound away at it. You’ve got to keep driving at it. Those are things where we’ve been in a position to make some of those plays, we just haven’t made them so far.”