AMES, Iowa – Iowa State head football coach Paul Rhoads announced the addition of Brandon Blaney to his staff as offensive line coach. Blaney, who has 15 years of collegiate coaching experience, spent the last three years in the NFL with the Jacksonville Jaguars.

He spent the 2011 season serving as the Jaguars’ defensive quality control coach and was promoted to defensive assistant coach in 2012.

“This is a tremendous opportunity for me and my family,” Blaney said. “When you see Iowa State, you always knew when you came to Ames that you better buckle up, you better be on top of your game. It’s really an exciting time to get in here with multiple returning starters, including at my position, where we have a lot of experience and a lot of high character guys. It’s going to be fun to work with them and mentor them.”

Blaney comes to Iowa State with already strong ties to the Cyclone program and a wealth of experience and success in the Big 12. He was a mainstay at the University of Kansas during current Iowa State offensive coordinator Mark Mangino’s run as head coach, serving under Mangino during his entire eight-year tenure at KU (2002-2009).

The turnaround made by the Kansas football program upon the arrival of Mangino and Blaney is one of the most remarkable in college football history. The duo arrived in Lawrence and inherited a program that had just gone through six-consecutive losing seasons.

During the time Mangino and Blaney coached together, the Jayhawks enjoyed unprecedented success, the pinnacle of which was a 12-win season in 2007 that ended with a share of the Big 12 North title and an upset victory of No. 5 Virginia Tech in the Orange Bowl. Blaney served as recruiting coordinator, offensive line coach and tight ends coach, as the two worked to build a prolific Kansas offense.

Working with the offensive line and tight ends, Blaney helped build a line that, in 2007, cleared the way for the nation’s second-best scoring offense (42.8) and eighth-best total offense (479.8), en route to tallying 64 touchdowns to only 46 punts. Blaney also helped produced the top-three offenses in school history during his eight-year tenure with the Jayhawks. KU won back-to-back bowl games (2007 and 2008) for the first and only time in school history with Blaney on staff.

As a position coach, Blaney also experienced success placing players in the NFL. Derek Fine, a tight end under Blaney, was a fourth-round draft choice by the Buffalo Bills in 2008. Offensive tackles Adrian Jones (2004) and Anthony Collins (2008) were also NFL draft picks after being coached by Blaney at Kansas.

Prior to coming to Kansas, Blaney was on the coaching staff of two national championships teams, starting with his alma mater Youngstown State. Serving under head coach Jim Tressel from 1995-1998, Blaney and the Penguins won the 1997 NCAA Division 1-AA national championship.

Blaney was then hired by Bob Stoops at Oklahoma (1999-2000). In his second season with the Sooners, OU went undefeated, winning the 2000 BCS National Championship. He was then hired back once again by Tressel at Ohio State, where he coached the 2001 season before assisting  Mangino at Kansas.

Blaney graduated from Youngstown State in 1999 with a degree in education. He has a wife, Sarah and a son, Max. 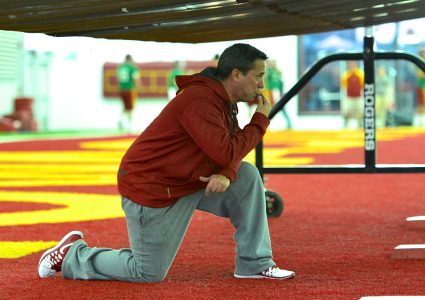 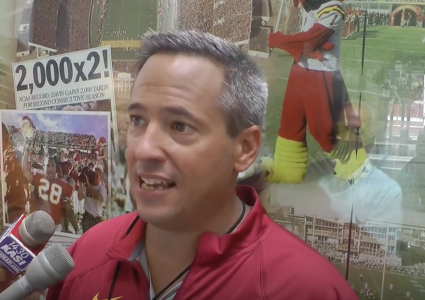 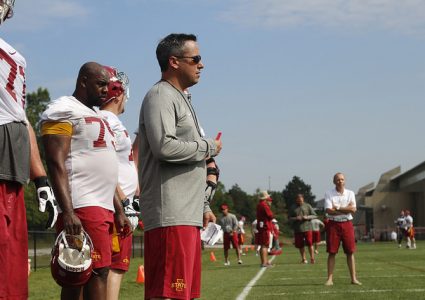