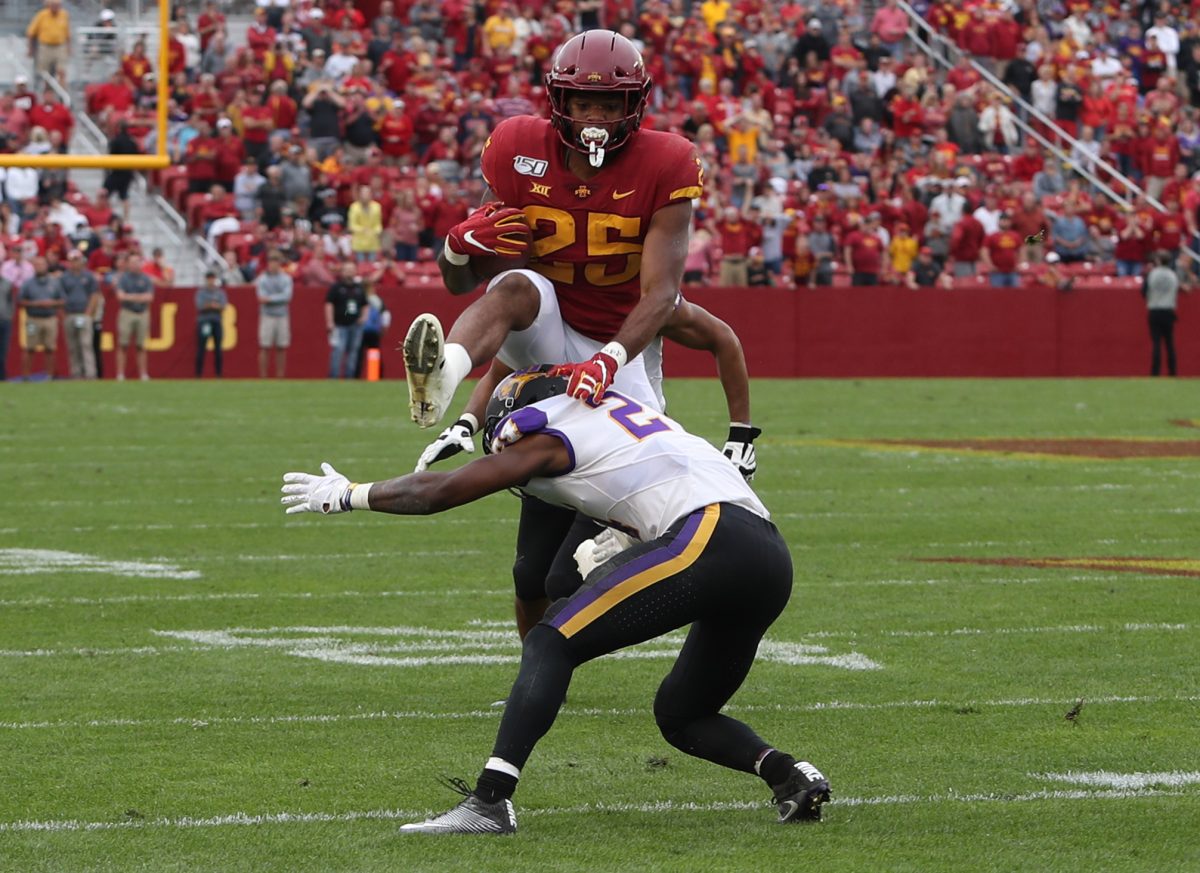 After entering the season ranked for the first time since 1978, the Cyclones are narrowly still inside the first updated Associated Press Top 25. Iowa State is tied at No. 25 this week after its 29-26 triple-overtime win over Northern Iowa on Saturday.

The Cyclones’ 86 points tied with Nebraska in this week’s poll. The Huskers needed three non-offensive touchdowns on Saturday to defeat South Alabama in Lincoln.

Elsewhere in the Big 12, Oklahoma remained steady at No. 4 while Texas jumped to No. 9 ahead of its showdown with No. 6 LSU on Saturday. Iowa, the Cyclones’ next opponent, stayed at No. 20.

Iowa State received the third-most points in the receiving votes category while falling out of the Amway Coaches Poll.