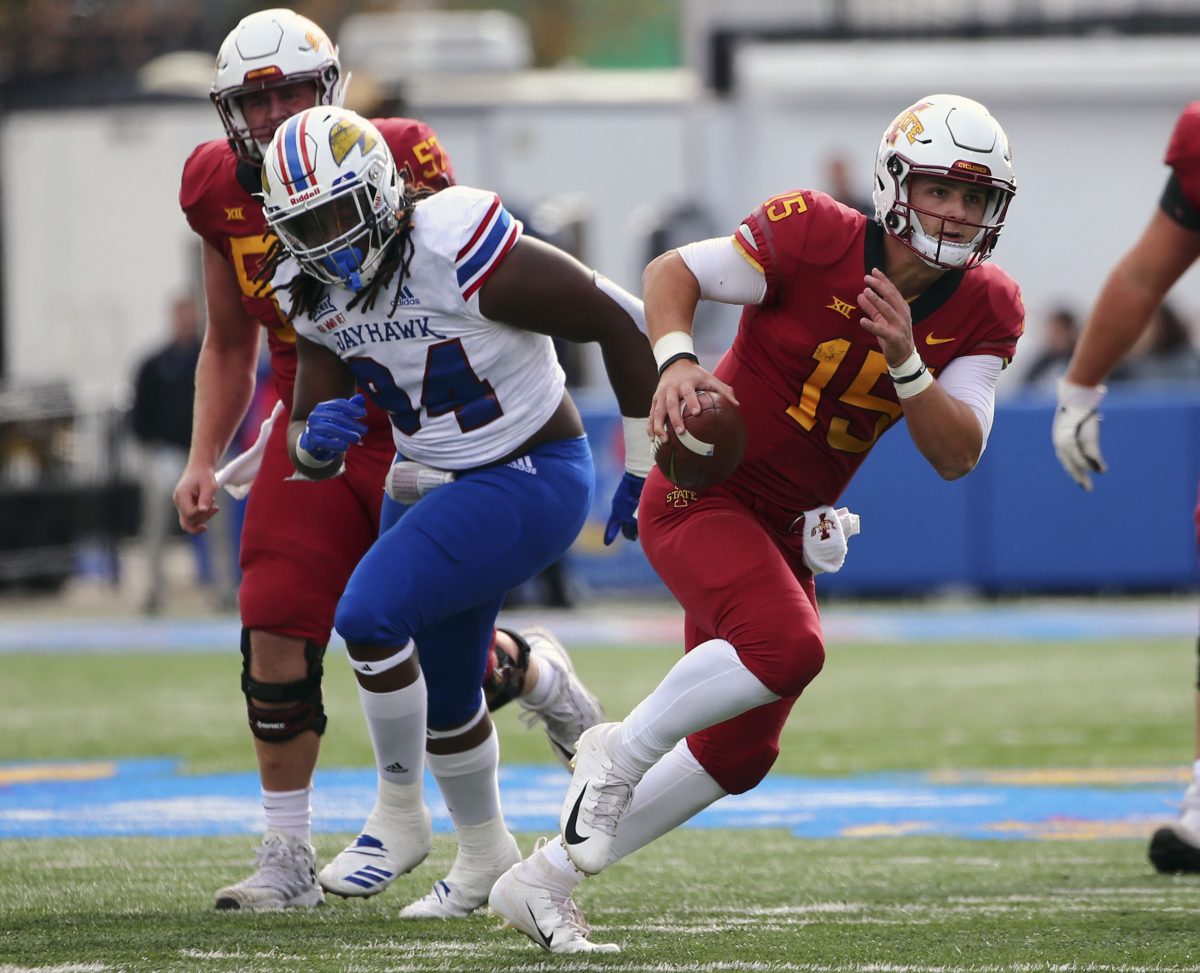 And that’s a very good thing.

Purdy went 7-2 as a starter last season while breaking the school record for passing efficiency at 169.9 — which also ranked sixth nationally among FBS playcallers.

The 6-1, 212-pound sophomore-to-be continues to check all the favorable boxes.

So don’t expect much to change, superficially speaking, as the Gilbert, Ariz., native transitions into year two as a starter — not even his weight.

“I was thinking about adding weight and everything, but our nutritionists and then the weight coaches have told me just to get more defined and lose some body fat and things like that,” said Purdy, who’s put on about a dozen pounds of muscle since arriving on campus. “But at the same time, I wanted to keep the weight I was at last year just so I can stay mobile. I don’t want to get too heavy with things where I’m not playing in my game and in my element. So right now, I’ve gained like 2-3 pounds (this offseason), and right now it’s going great so far, so I’m trying to stay at that.”

One element of the game that might change for Purdy  is designed runs. Purdy possesses excellent scrambling ability and canniness in and out of the pocket, but offensive coordinator Tom Manning may choose to devise a few new wrinkles on designated quarterback runs — but that’s a work in progress, as everything is during spring ball.

“I think with him and all of the guys that we have right now, they’re pretty good athletes,” Cyclone quarterbacks coach Joel Gordon said. “So if there’s something that fits with being able to use those guys in the running game somehow, I think that would be the next step that we would take. But they’ve also got to prove that they can handle that and right now that isn’t something that we’ve every really schemed up a bunch of things for. (Purdy’s) done a nice job scrambling, keeping plays alive and doing those things, so we know he’s got some athleticism. (sophomore backup) Re-al (Mitchell)’s got some athleticism. It’s a really good group of athletes in there.”

Purdy said he approached his winter conditioning regimen with vigor and focused on creating more production in the run game, whether designed or improvised.

“I just wanted to make sure I was explosive on the field when I get out and scramble,” said Purdy, who rushed for 37 or more yards in six games last season. “And obviously, arm — always gonna work that, the mobility with my arm and everything. So I think those are the areas I’ve gotten stronger.”

He also likes the stern competition he’s seeing at the other skill positions, given that star tailback David Montgomery and ultra-skilled receiver Hakeem Butler have moved on to establish NFL careers.

“It’s just reps at practice,” said Purdy, who threw 16 touchdown passes to seven interceptions as a rookie. “All the plays that Manning’s putting in, we’re utilizing everybody. It’s not just the ‘X’ position. Tight ends are getting the ball. Slot receivers. Tailbacks out of the backfield. So when we get reps at practice, you get more of a connection and things like that — and we’ve got depth, this year, so, I mean, everybody can get the (ball) any time.”

One area of great experience is the tight end group. Charlie Kolar and Chase Allen stand front and center in that talented room, but Dylan Soehner adds versatility and adaptability in both the run and pass games, as well.

“The tight end room has been phenomenal this year so far,” Purdy said. “Obviously, because of the experience they’ve had and if one guy goes down, we’ve got another guy, obviously. But they learn from each other. They compete every single day so they’re getting better every single day and if they see something on the field or whatever they come to me and say, ‘Hey, we’re getting this kind of look. Be aware of it,’ and whatnot, so it’s been great to have them by my side throughout this whole spring.”

Also good: His own stability.

As his knowledge base grows, production could spike even more.

Not because he’s changed much, but because of who he already is.

“Just learning,” Gordon said. “Just learning. He’s had a chance to have game reps and he understands he hasn’t been perfect and that’s one of the best things about Brock: he doesn’t have a great big ego where he thinks, ‘I’m at the top of the ladder and there’s no improvement necessary for me.’ He’s working hard at it, but more reps. He’s still really young. Making good decisions. He’s getting challenged every single day by our defense and that’s the best thing for him right now.”