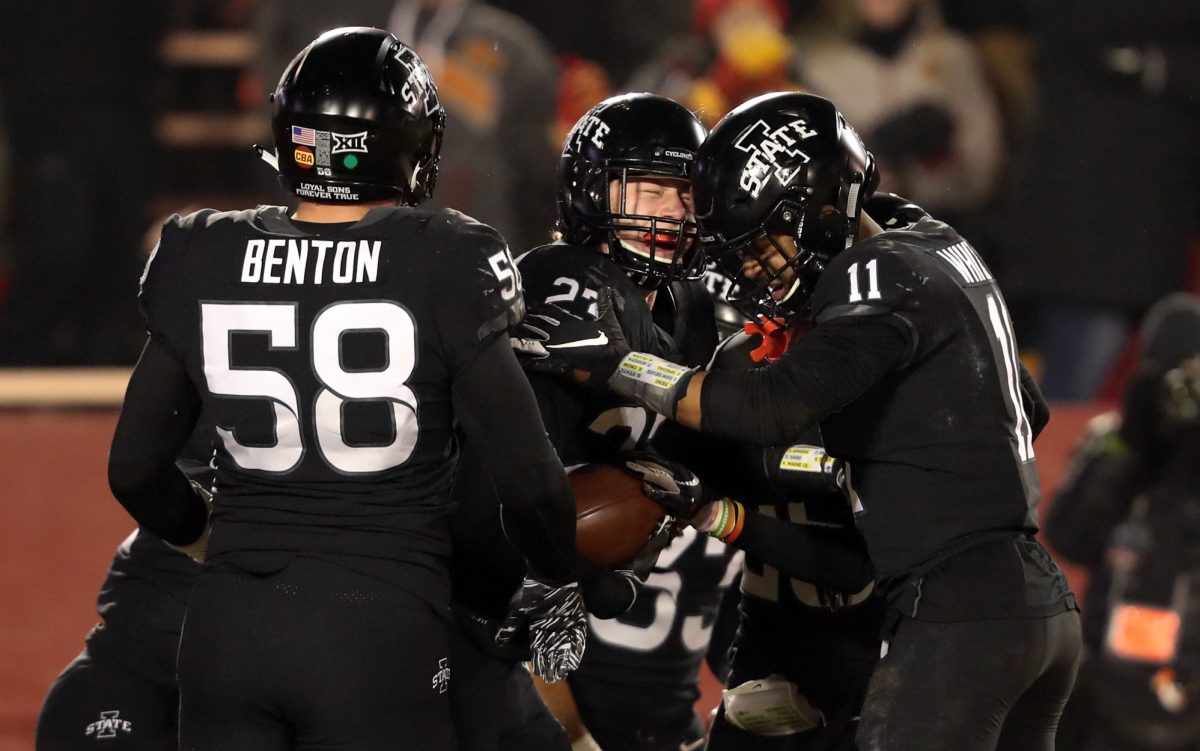 He’s emerging as a leader on a Cyclone defense that continues to solidfy itself among the Big 12’s elite — and that’s all been done in the past 12 months.

So it’s appropriate to apply the well-worn expression, ‘What a difference a year makes,’ to sophomore linebacker Mike Rose, but it’s also an understatement as he navigates his first experience of spring football in Ames.

“I went in cold with it,” Rose said when asked about what he’d envisioned for a sterling true rookie season in which he was named a first team Freshman All-American by the Football Writer’s Association of America (FWAA) and The Athletic. “The thing that’s weird for me is just thinking about where I was a year ago. That’s what’s weird for me. Like I said, when I came here, I was just like, ‘I’m just going to work hard, just prove that I should be here.’ That was my mindset going into it. But looking back, to think I was walking the halls of high school a year ago is crazy.”

Rose didn’t field a Power Five offer until his senior season of football started. He’d committed to Ball State, but once Matt Campbell and his staff came calling, he was all in as a Cyclone.

Many were surprised when his name began bubbling up as a potential starter at the MIKE spot in last fall’s camp, but once Rose cemented his grip on the position, it became clear why ISU was — and is — so high on him.

“He had to mature really quick,” fellow linebacker Marcel Spears Jr. said. “And he did, man.”

Rose totaled 75 tackles as ISU went 8-5 for a second straight season. He tallied 1.5 sacks and  turned a fumble recovery into a touchdown in the crucal 42-38 comeback win over Kansas State.

You could say he arrived …  but he hasn’t. Not completely, anyway. So talk of heightened expectations simply dissolves into his strenuous preseason routine.

“I really don’t like to think about that stuff,” Rose said. “I just know that I have to get better in the weight room. I’ve got to get better at all of this. I feel like I’m my hardest critic, anyways. So if I don’t feel like I’m where I need to be, I’m going to be in the film room. I’m going to do whatever it takes. There’s probably going to be high expectations and all that stuff, but at the end of the day, I’ve just got to put my head down and work.”

That mentality has served exceedingly Rose well. It continues to guide his progress as more is added to his plate, literally. Rose strode onto campus at 212 pounds. Now he’s pushing 240.

“For me, it’s just learning my new body, learning other positions, being able to be more versatile,” he said. “At first, it was a little weird. I was still, like, nervous for spring ball because I’d never done it before. But really, it’s just practice.”

Rose, an engineering major, will likely see time on special teams this fall, potentially bolstering that unit, as well. He didn’t play on special teams as a true freshman largely because of the massive workload he was already taking on by balancing school with learning the ins and outs of starting at linebacker.

“There’s certainly a lot of room for growth with Mike,” ISU linebackers coach Tyson Veidt said. “He was a guy that got progressively better through the season, too, as the year went on, just because of gaining experience. So I think with Mike, too, you’re looking for a guy that can lead for you. Hopefully we can continue to do a few more things, potentially, on defense as well. He can be a guy that moves into some special teams for us, too. We didn’t use Mike at all last year on special teams. We’re doing that now, working him in on special teams and he can be a valuable guy there.”

He’s certainly proven to be invaluable in one season strictly on defense.

So perhaps next spring the phrase, ‘What a difference a year makes,’ will apply to Rose’s further emergence as a leader, as well. After all, he’s proven to be a quick study in every other way.

“I would just say kind of going in to that role that Wille (Harvey) and Marcel played for me last year,” Rose said. “It’s kind of a quick turnaround for me, because we’re going to have a new guy out there at SAM (linebacker) for us, so I’ve just got to take that role of helping the guys out that are doing that position and really just learning everything on the defense. Just really being a leader overall on the whole defense. That’s what I’m trying to do.” 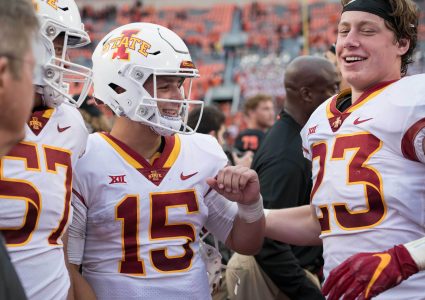