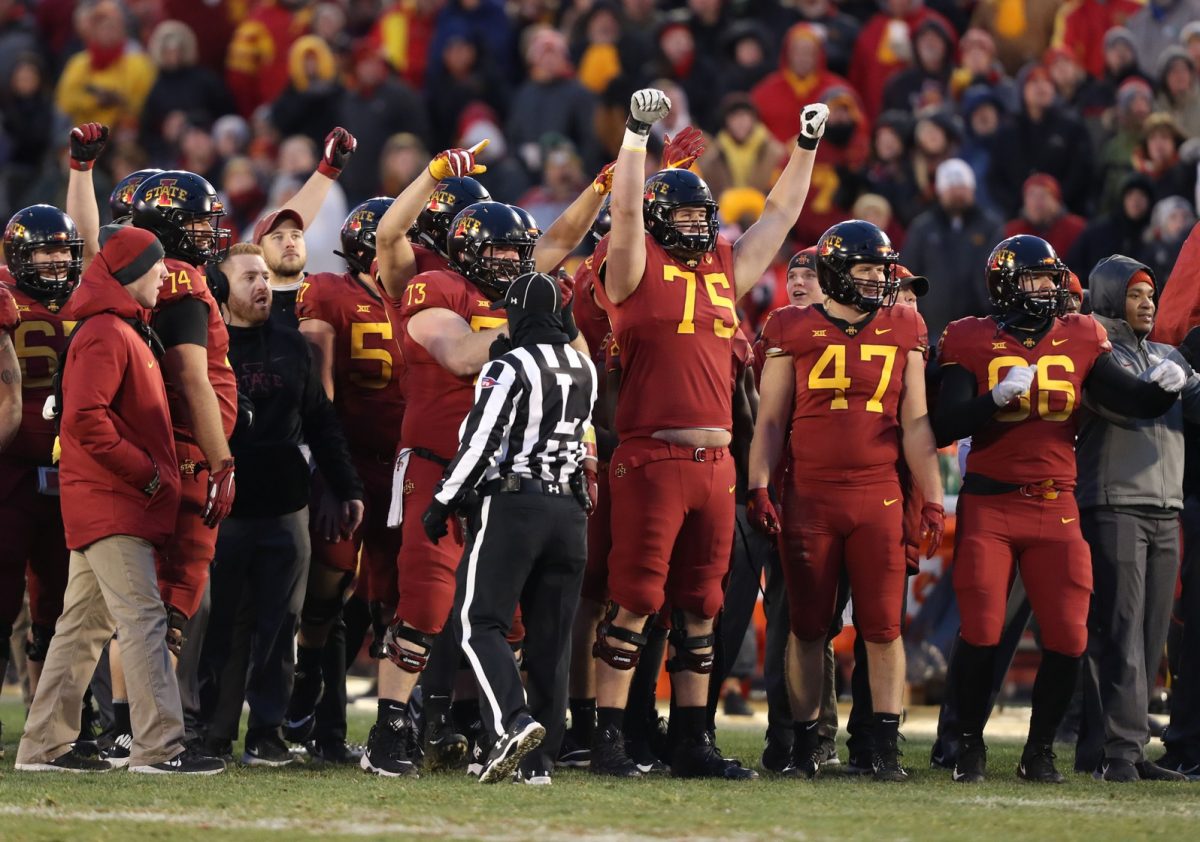 AMES —  Josh Knipfel is branching out.

Julian Good-Jones is finally settling in.

Both maneuvers bode well for Iowa State’s offensive line as it chases that elusive — and, around here, rare — quality known as consistency.

“Spring ball’s all about getting different people in different places, so coach (Jeff) Myers said, ‘We’re gonna switch it up,’” Knipfel, a guard who has worked out at right tackle this spring, said. “We just need depth everywhere. Everybody should be ready to play any position, so that’s just kind of the mindset we have as an offensive line.”

All hands on deck?

Longtime right tackle Bryce Meeker has been “dinged up” this spring, according to Myers, the offensive line coach, thus the need for positional flexibility has been heightened for a unit that returns all five starters — most of whom will be pushed by eager upstarts.

“We’re actually putting as many combinations together and we can,” Myers said. “Yeah, we do have all of our starters back from last season, but for me, I want to figure out our depth and how many guys can we trust to put in the game. So I want to see different guys, position moves, whether it be the right side or left side, moving. We moved Knipfel out to tackle his week, with Bryce being dinged up, but putting as many guys around with the different groups; making them communicate, making them play next to each other so that if something did happen they would be able to help us right away.”

Bottom line: The ISU O-line must be more versatile and more rock-steady this season, and mixing and matching will help make that a reality.

The Cyclones battered a very good Washington State defense at times in the Alamo Bowl, but also hurt itself with costly penalties.

Uneven play equals unacceptable returns for head coach Matt Campbell, who said last fall he felt the offensive line was a year away from joining other position groups as a strength for the Cyclones.

And here we are … maybe.

“It’s always good when you get into the spring and you feel like your depth is where you want it to be,” Myers said. “We’ve got a good group of seniors that have played a lot of football for us. Those guys have done a good job taking the young guys in. They’ve really raised the bar in what we’re trying to do and ultimately being the leaders of the offense that we want them to be.”

Where does that help lead ISU as a team?

No one knows, but the bell cows are saying and doing the right things along the way.

“We all learn from each other,” three-year starter Good-Jones said. “Like, I, on a daily basis, learn from (sophomore) Joey Ramos. He helps me with hands stuff and me and him have gotten pretty tight, so it’s a lot of people helping other people and kind of guiding them, because you see the talent in dudes like Trevor (Downing) and Rob Hudson and those guys all coming strong — Joey — so you want to help develop those guys.”

What all that camaraderie — and talent — means in the short term is hard to quantify. What it means for the future is clear.

Players are hungry. They want to dominate. Up and down performances could be a thing of the past.

“I think I struggled a bit last year at times,” Good-Jones said. “Just trying to build and be elite is my goal. Just be elite and be the best I can be.”

And for the team? Not to nitpick, but …

“I think that we’re not satisifed with what we did,” Myers said, after a second straight 8-5 season. “Ultimately, it’s all-around. I think those guys, they’ve really grown in terms of leadership, which is really good to see.”